Back to TVNewsCheck Home Print this page
DMA 21: CHARLOTTE, NC 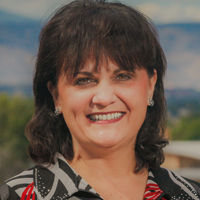 Barrett is joining WCNC from Nexstar Media Group, where she has been vice president and general manager of KDVR and KWGN, Nexstar’s (formerly Tribune Media) Fox and CW-affiliated duopoly in Denver since 2016.

A career broadcast professional, Barrett brings 17 years of station leadership and more than 30 years of media experience to WCNC. From 2003 to 2016, she was president and general manager of Sunflower Broadcasting/Schurz Communications in Wichita, Kan., where she managed five television stations.

Barrett began her career as a reporter and worked at several television stations as an anchor, producer and news director, including at Tegna’s KPNX Phoenix and KVUE Austin, Texas.

“Joan possesses a combination of skills in journalism, marketing and digital media that make her extremely well-suited to lead our team at WCNC,“ said Lynn Beall, EVP-COO for media operations, Tegna. “Her deep experience in the newsroom, outstanding track record in station management and her long history of community involvement make her an ideal choice to serve our audience in Charlotte.”

Barrett is a graduate of Kansas State University, with a Bachelor of Science degree in mass communications.