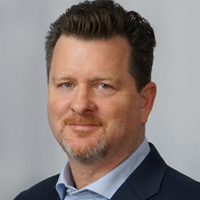 Prior to joining WOI, Loving spent 21 years at Univision, most recently as president and general manager of Univision’s Houston, Texas operations from 2010 to 2019, which included oversight of television stations KXLN and KFTH, four radio stations and multiple digital properties. During his tenure at Univision, he also held senior management roles in the Austin, San Antonio and San Francisco markets.

“David is a first-rate leader and innovator with a strong record of success, from launching new programs to providing outstanding service and solutions to clients,” said Lynn Beall, Tegna EVP-COO for media operations. “His inclusive management style, proven ability to build and grow teams and commitment to the communities he’s served make him a perfect match for Des Moines.”

Loving is a graduate of Texas A&M University with a Bachelor of Arts degree in English. He has served on the boards of numerous industry and civic organizations, including the Texas Association of Broadcasters.

Way to go David…..you will do a great job……as I am loving retirement!!!!