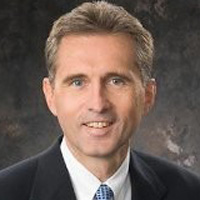 He will report to Lisa Siegel, SVP, business strategy and operations, ABC Owned Television Stations, and Greg Richart, SVP, Walt Disney Television Finance & Business Planning. KFSN will immediately commence a search for the role of general manager, and Adams will remain in his role during the transition.

“Dan’s leadership of the finance team will be instrumental in helping us to advance in our next chapter at the ABC Owned Television Stations,” said McMahon. “As we continue to modernize our stations to thrive in the next era of multi-platform news, our strength as a collective is integral in our ability to succeed. I am excited for Dan to help us usher in this new era and the overall strategy and guidance he provides will be invaluable.”

“I’m grateful for a wonderful 11 years in Fresno working with the dedicated team at KFSN/ABC30 to proudly serve our community,” said Adams. “As I take on this new post working across all of the owned stations, I’m thrilled to help write the next chapter in this extraordinary legacy.”

Adams was named president-GM KFSN in February 2009, where he had overall responsibility of the station’s television broadcast services and also oversaw KFSN-TV’s ABC30.com website as well as other local business operations.

He received a Bachelor of Arts in accounting and business administration from Simpson College in Indianola, Iowa.