The Univision executive assumes the network board seat previously occupied by Jessica Herrera-Flanigan, who recently left Univision for a position in the Washington office of Twitter.
By Mark K. Miller | March 16, 2020 | 11:11 a.m. ET. 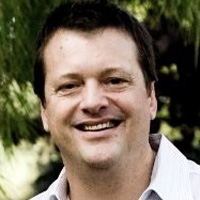 Chris Wood, SVP and associate general counsel of Univision Communications, has joined the NAB Television Board of Directors, effective immediately. Wood assumes the network board seat previously occupied by Jessica Herrera-Flanigan, who recently left Univision for a position in the Washington office of Twitter.

Wood is chairman of the North American Broadcast Association’s Legal Committee, is a former chairman of the Federal Communications Bar Association Foundation, and was previously a co-chair of the FCBA Mass Media Practice Committee. He has twice been a delegate to the World Intellectual Property Association’s Standing Committee on Copyrights in Geneva.

Wood is a graduate of Georgetown University Law Center and the University of Virginia.