Broadcasters including Gray Television and Cox Media Group have been beta testing the new Facebook Messenger Experience app from Social News Desk enabling users to opt in for breaking news and customized content. With 1.3 billion global Messenger users and a 50%-80% open rate, it opens a key new front to reach viewers, particularly as the coronavirus crisis escalates.
By Dawn Terrick | March 19, 2020 | 9:53 a.m. ET.

When Gray Television decided to become a part of Social News Desk’s beta test for its new Facebook Messenger Experience app, it was the breaking news component that hooked Mike Braun, SVP of digital media.

“At many times, it could be a life or death situation,” says Braun about the need to disseminate news rapidly to local communities on as many screens as possible.

Little did he know that the tool would become a vital newsroom asset so quickly.

With the massive growth of the coronavirus pandemic and the declaration of a U.S. national emergency, the tool is being increasingly used by SND’s beta testers to send urgent COVID-19 updates and its effect on their communities through push alerts that also show up on lock screens, daily digests and topical feeds.

Not only is the SND Messenger tool proving to be valuable for immediate news distribution, but it’s also unique in the fact that it enables local newsrooms to drastically cut through social media noise while creating a very personalized experience for audiences.

Only Facebook pages registered with the news page index can offer an opt-in subscription service on Messenger; they are the sole organizations that can deliver daily news directly to their subscribers through the platform, providing newsrooms with little distraction for attention.

With 1.3 billion Messenger users and a 50-80% open rate, Messenger offers a sea of opportunity for local TV news broadcasters.

Yet, it’s also a two-way street. For years, viewers could communicate with their newsrooms via chat. Now, with the SND Messenger app, it can be like a personal streaming service where Messenger connections can cherry pick the topics they want to receive instead of sifting through an endless newsfeed.

Every morning, contacts can receive their daily digest tailored to the content they want. 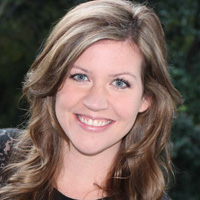 “This is just the tip of the iceberg in terms of what could be done with Messenger and local news,” says Kim Wilson, SND’s president and founder, and the person behind the new tool. “When we can create technology that has the potential to make as big of an impact as I think this can, that is very exciting,” she says.

It’s too early to determine a potential ROI for the app. However, there are key performance indicators that lean towards Messenger being a growing player in multi-faceted efforts for news delivery, a critical aspect.

At Facebook’s 2019 F8 conference, Mark Zuckerberg described the Facebook newsfeed as a town square of information, asserting that social media will start to move towards a more private direction. With newsfeed being a primary traffic driver to websites, what would that mean for newsrooms?

When building applications on top of the Messenger platform, as Wilson did with SND’s Messenger Experience, there’s an opening for newsrooms to build loyalty and trust around their brand further and interact with their audiences in new, meaningful and personal ways, all the while future-proofing diversification.

“I thought, if Messenger could come in as a way to diversify the traffic that local news is receiving from Facebook and really build up a second source of traffic, then that could be really impactful for newsrooms really worrying about the other shoe and when it’s going to drop in terms of Facebook traffic,” Wilson says.

Haralson notes that WHIO subscriptions and the number of people they’re hitting continue to go up, with the takeaway that the website traffic and audience is increasing. However, the key to being successful on social media is building relationships, and he cautions publishers to go into this by talking about relationship-building first, traffic second.

“People just want to have a conversation,” Haralson says.

With social media, there are two equally important areas, engagement and traffic, Haralson elaborates, with traffic being the main business driver.

Gray Television sees community outreach being first and foremost in its use of the app. “The main goal for us is how many people we can connect with,” Braun says. “Any kind of measurement that comes in when we start talking about ROI is going to be an added bonus for us.”

Four of Gray’s 90-plus stations are in beta with the SND app. Because it’s so early in testing, the four stations are undergoing a manual deep dive into the metrics, carefully analyzing data such as website referrals and story performance in the newsfeed compared to through the SND Messenger app, for instance, before rolling it out to the entire Gray group.

“Social media is not going to sit still,” Wilson says. “The smart money is on trying new things, and experimenting, and looking for ways to increase distribution and audience.”