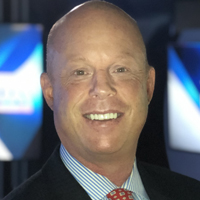 He replaces Chuck Poduska whose retirement is effective on March 31. Henrich currently is VP-GM of WHNS, Meredith’s Fox affiliate in Greenville, S.C.

“Charlie has more than 20 years of experience in local television management and operations and has done a tremendous job managing WHNS/FOX Carolina,” said Meredith Local Media Group President Patrick McCreery. “Under his leadership, FOX Carolina now has the top-rated newscasts at 6 a.m. and 11 p.m., he also launched a new one-hour news and lifestyle program. We are excited to bring his energy and employee-first leadership to KCTV and KSMO.”

Prior to WHNS, Henrich spent five years in Kansas City as VP of operations for Newport Television, overseeing multiple stations in Top 60 markets such as Jacksonville, Fla.; Memphis; and Mobile, Ala. He also was GM of KMEG and KPTH Sioux City, Iowa, and VP-GM of WFTX Fort Myers, Fla.