Graham Media-owned WDIV in Detroit now has about 90% of its staff working from home, shifting quickly on the advice of its health reporter (who is an ER doctor) and a senior producer with a public health background.
By Michael Depp | March 26, 2020 | 5:30 a.m. ET.

At Detroit’s WDIV, virtualizing the newsroom in the wake of the coronavirus pandemic was going remarkably quickly.

By this past Monday, upwards of 80% of staff had already been sent home to work, though no one had tested positive for the virus. Contingency plans had swiftly come together to set up alternate studios in the Graham Media-owned station’s sprawling 60,000 sq. ft. headquarters. Among the 18-24 staff members remaining on site, social distancing was being widely observed.

But on Monday night, morning anchor Evrod Cassimy, who had not been feeling well, checked himself into the hospital. By Tuesday afternoon, his positive test results had reached the station and by that night, a cleaning crew was fogging and scrubbing down the studio so the remaining skeleton crew could begin work there again at 4:30 a.m. for the first of the morning’s broadcast hours.

Like so many stations across the country, WDIV has found itself pivoting with extraordinary velocity to working conditions without precedent. “I can’t remember anything that has the scope of this,” says Marla Drutz, its longtime VP and GM.

WDIV didn’t squander any time making adjustments, guided largely by the expertise of its health reporter, Dr. Frank McGeorge, who is also as part-time emergency room physician at Henry Ford Hospital, and Sarah Mayberry, a senior special projects producer who holds a master’s degree in public health. Drutz says their direction led to getting safer working protocols quickly in place.

“They have been beacons of information for us,” she says.

Drutz also credits the station’s IT and engineering departments with enabling a fast shift to remote working for most of its staff, a number that had grown to about 90% by mid-week. 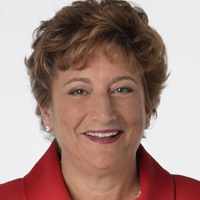 Among those who had moved home were sales, the business office and creative services. Traffic and most of the station’s graphics had already been hubbed, so the transition was less complicated there. Weather has moved off-site, and by Wednesday, Drutz said studio shifts were being further reduced and some newscasts pared down to a single anchor.

For Drutz, a 30-plus year veteran of local news, it was a breathtaking virtualization to behold. “I grew up in a generation where you had to be at work,” she says. “When you thought of people working hard, you figured they were fixed in the physical workspace. I have learned that’s not the case at all.”

Now, many staffers like McGeorge and veteran sports anchor Bernie Smilovitz have been set up at home to broadcast with LiveU units. Reporters and photographers meet in the field for standups and don’t return to the studio, part of a general ramp up of remote production since the pandemic began.

Meanwhile, engineering has identified emergency access areas where tricasters and other essential equipment have been set up in case of pandemic hotspots in the building.

From a managerial standpoint, Drutz finds herself with a cascading set of challenges, one of the most acute being the stressors her employees are now facing.

One staffer’s husband had just come through a successful course of treatment for leukemia but was in a very low state of resistance. The staffer was terrified to come to work and further jeopardize her husband’s exposure, but also keen to help with the station’s all-hands-on-deck efforts.

“She began to tell me all of the things she could be doing at home to contribute,” Drutz says. “I am seeing this spirit unlike anything I have ever seen in my life of people wanting to continue to make a difference even though they are not sitting in the same place that they were a month ago.”

Drutz sees assuring staffers in those kinds of situations as a crucial part of her role now. “As managers, especially those with some experience, it’s really our job to make sure people understand that our doors — both our physical and our virtual doors — are open and that we will find a way through this.”

She says that dynamic is being modeled from the top of the company with CEO Emily Barr. “Her first concern on any call is always about the people,” Drutz says. “When you have got leadership like that, it’s great for us to model.”

Drutz will need no small amount of empathy to deal with another segment of her staff: ad sales. Going into the crisis, the station suffered the loss of a major advertiser, Art Van Furniture, to bankruptcy.

“We sat around and said, ‘What could be worse than that?’” she says. It didn’t take long for the universe to answer. 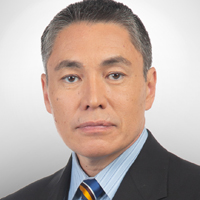 As with many parts of the country, Michigan is now a shelter-in-place state with all non-essential businesses closed. There are reports that Ford, General Motors and Chrysler may restart their closed assembly lines in the next couple of weeks, and Ford has indicated it will shift to supplying ventilators for the crisis, but as with every market, the business future is mired in uncertainty.

“I suspect there will be some pent-up demand as we move forward, and we will take it one day at a time,” Drutz says. “We are hanging in there.”

There’s a ceaseless torrent of work to deal with as they do. Department heads meet daily on Zoom, which has become of the station’s most beloved tools. Morning meetings are happening there, too. “It used to be in a crowded room with everybody pushed up against the wall and sitting on top of each other,” Drutz says. “Now it’s incredible.”

The station has added an extra half-hour to its 11 p.m. broadcast and is contemplating even more while also producing additional content like an hour-long special on the virus and a series of PSAs led by McGeorge that have been shared across the state.

An upshot of all WDIV’s work has been a ratings uptick of 30% from a year ago and about 1.1 million daily unique visitors to its website according to Google Analytics, Drutz says.

Even though it still gives her a competitive thrill to cite the metrics, circumstances have shifted her perspective there.

“I have been in the television business a long time, and you are always looking towards your ratings,” she says. “We are looking at it a little differently right now, looking at our metrics as ways that are helping our community and hopefully even saving lives. This job that we have has never been more important.”

To read more about how TV stations, station groups, news organizations and individuals are pivoting to work amid the coronavirus pandemic, click here.