With coronavirus pushing numerous staffers into remote working situations, broadcasters are increasingly looking to exploit all of the remote functionality in their newsroom computer systems. Improved IP connectivity and better automation software is helping to make that happen.
By Glen Dickson | March 26, 2020 | 9:56 a.m. ET.

Like many other businesses dealing with the COVID-19 pandemic, broadcasters have been scrambling to maintain everyday operations while much of their staff works remotely in an effort to slow the virus’ spread.

A high-profile example is CBS-owned KCBS Los Angeles and KTVT Dallas pulling together last week to help deliver the CBS network’s national newscasts, as well as WCBS New York’s newscasts, when the CBS Broadcast Center was closed due to the virus. KCBS and KTVT provided remote studio support to New York journalists forced to work from home, with WCBS journalists still able to produce the rundown, edit packages and contribute live reports from the field.

While the current situation in much of the country isn’t as bad as it is in New York, examples of similar distributed production workflows already abound across the industry, say newsroom vendors and broadcasters, and are a testament to improved IP connectivity and better automation software. 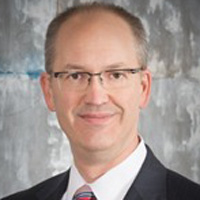 “Out of necessity, we’ve been using things like trying to run Ross OverDrive [production automation] from somebody’s house,” says Blake Russell, EVP of station operations and content development for Nexstar Media Group. “We can do that now. And take advantage of TVU Anywhere [the IP contribution app], being able to use that to get on-air. That’s not a new application for us — but now we’re using it from somebody’s house.”

Perhaps the biggest enabler for keeping the newscasts going are the newsroom computer systems used to produce the scripts and rundowns. Given the nature of news production, NRCS’s like Avid’s iNews and AP’s ENPS have supported remote access to journalists in the field for well over a decade. Now customers are looking to exploit all of the remote functionality available in those systems, often in combination with new editing tools. And they may be rethinking their long-term day-to-day operations in the process.

Avid already offers journalists remote access to its legacy iNews and new MediaCentral newsroom systems, which are used by big groups and major networks like Sinclair and CNN. In response to COVID-19 it is now offering free 90-day licenses to registered commercial users of its popular Media Composer editing software so they can work remotely. 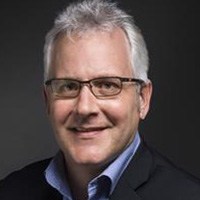 “We have definitely had a big influx of requests from small and regional broadcasters, who are having employees work from home as much as possible,” he says.

Many big U.S. station groups were well prepared for such a crisis because they have already hubbed master control, graphics or other key functions, allowing them to run remotely for multiple markets. The picture is different for some small to mid-size broadcasters. It also varies widely across Europe, where COVID-19 has been impacting daily life for over a month.

“There are very different levels of preparation on that depending on the customers,” says Kevin Savina, director of product strategy for Dalet, which counts the NBC and ABC owned stations as customers. “You see the culture of broadcasters, whether they are used to being very centralized or decentralized, and it shows in their level of readiness.” 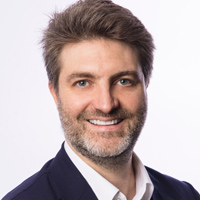 To that point, some Dalet customers in Italy, France and Spain have been using the remote editing feature in the company’s Galaxy newsroom and content management system for over a year, while others are asking simply how to set it up, says Savina. For the past three weeks, several Italian broadcasters have been using Galaxy’s OnePlay workflow automation feature, which allows a control room to run with minimal staff.

Another customer that had been experimenting for weeks with Dalet’s cloud-based speech-to-text application, which runs on AI algorithms, decided to activate it and use it heavily to reduce the workload on time-strapped, stressed-out journalists.

Other broadcasters who previously relied on high-end editors like Adobe Premiere or Avid Media Composer are now making increased use of the more basic “OneCut” editor included in Galaxy. They are adding OneCut seats because of the easy access and minimal training required; Savina says most younger journalists can get the hang of the system in around 30 minutes.

“It allows them to scale up their editing capability,” Savina says, noting broadcasters have to react and change how they’re working. He says customers are using the flexibility of the platform and the toolset to completely rethink their work organization.

“Maybe it’s not perfect, but it helps them do a good job faster,” Savina says. “Because of the constraints they’re under, they’re not looking so much for perfection but efficiency.”

While the COVID-19 crisis highlights the demand for flexible broadcast workflows, it also emphasizes stations’ growing need to rapidly produce content for various digital platforms as they offer round-the-clock coverage of the virus’ local impact.

In the past some broadcasters have urged vendors to create one system that would marry the NRCS used by the on-air newscast with the content management system (CMS), such as WordPress or Joomla, that drives the digital side. But that has proved daunting.

“The interesting dynamic is that people want the NRCS to do more, they want it to do other things,” says Brian Hopman, VP and GM of ENPS for AP. “But if you expand functionality you put core functions at risk — and reliability has to stay the No. 1 priority.”

Given the state of the installed NRCS base and the pace of change in digital publishing, most broadcasters have given up on that one-system dream. Instead, they are now looking for tighter integration between the NRCS and the CMS and other third-party software, allowing more functions to be accessed without leaving the NRCS interface. 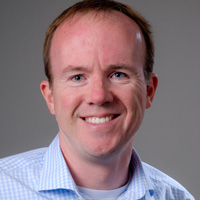 “The more possible of those two choices is one screen, and one experience,” Hopman says. “Behind the scenes may be multiple systems. But the user experience in our suite allows them to cover multiple platforms without having to switch through 10 different systems.”

Dalet’s Savina agrees, as he says the pace of innovation on the digital side is too fast and the systems are too complex to include within the framework of an NRCS. Instead, Dalet is aiming to bring access to more third-party tools within Galaxy and automate key functions like graphics, which are automatically burned into a digital version of a story at the same time the broadcast graphics are created.

“We’re trying to bring a more integrated user experience and make the complexity under the hood more abstracted to the end user,” Savina says.

As a relatively new player in the U.S. newsroom market, Czech firm Octopus Newsroom is also seeking to distinguish itself with its multiplatform capabilities. Octopus can run natively on the Macintosh platform, which is favored by many new media companies and broadcasters’ digital teams, and can also publish directly to social media platforms. The company has also developed a smartphone app, Octopus iReporter, aimed at streamlining the flow of user-generated content for stations. 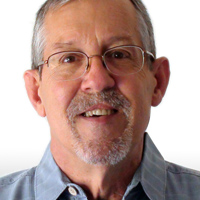 “Basically, what they’re able to do is reach out to viewers and invite them to participate as citizen journalists,” says Gene Sudduth, director of North American sales for Octopus.

After asking viewers to participate and download the iReporter app on their smartphone, a station’s news director or producer can see a geo-map of iReporters based on location-services data and send a push notification asking for footage of a local event, such as a parade. iReporter citizens can then open the app and tap the “report” button to record — provided they turn the phone to landscape mode first; the app won’t record vertical video.

After adding social media hashtags the iReporter can then transmit directly back to the station, with the agreement that all rights are automatically transferred to the station.

Today, the stations themselves are often creating new third-party software. Both the Fox and NBC Universal station groups built their own CMS platforms last year. And Nexstar is currently developing a new umbrella software application that will link its NRCS, CMS and IP contribution platforms and present it in one screen. Nexstar hopes to complete that in time for the launch of NewsNation this summer on its newly-acquired cable channel WGN America.

“We’re trying to create a system that ties it all in,” Nexstar’s Russell says.

While Nexstar is busy developing that software application, it is also working with AP to install ENPS to replace homegrown NRCS systems at the 18 stations it acquired from Tribune Broadcasting last year. (The “OPUS” systems were one of multiple “Hankware” programs written by former Tribune SVP of Engineering Hank Hundemer.) 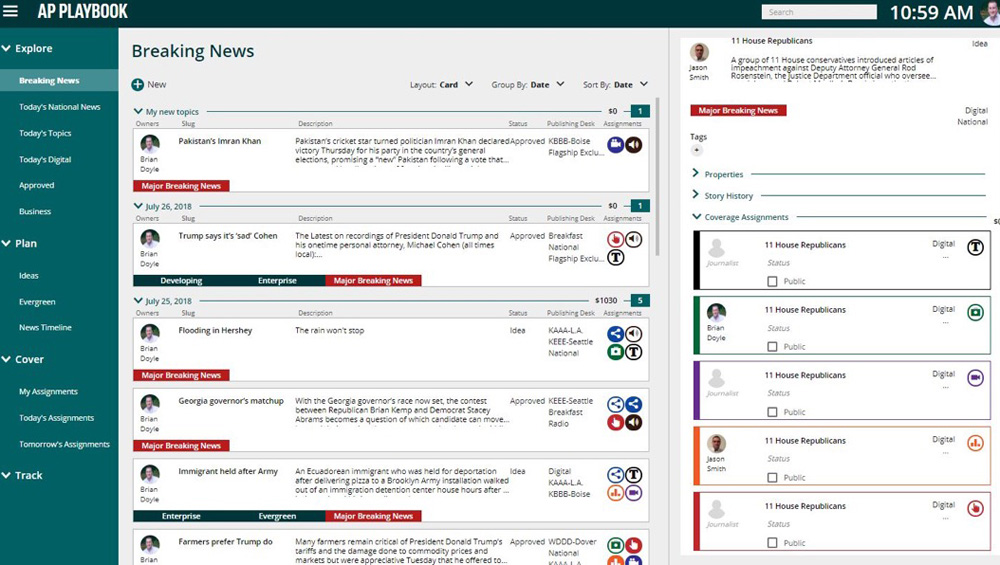 AP is also in the process of installing ENPS at the former Tribune stations that Nexstar spun off to Tegna and E.W. Scripps in order to meet FCC stipulations on the Tribune deal, says Hopman, representing some 25 to 30 new installations overall.

To better address multiplatform production, AP is also developing a new system that it’s internally calling “Storytelling Suite” that brings better integration with digital content tools like a CMS or data analytics. Much like the Playbook planning system AP created in 2018 to manage stories across multiple platforms, the idea with Storytelling Suite is to introduce new features, such as stories simultaneously updating across multiple platforms, without radically overhauling the NRCS.

“The rundowns aren’t going anywhere anytime soon,” Hopman says. “People aren’t saying the rundown is broken or doesn’t work for broadcast. They’re saying the rundown isn’t a great way to produce for the digital platform. In the Storytelling Suite, we treat the rundown as another publishing destination, just like you publish out to a digital CMS.”

As more and more traditional broadcast functions get virtualized or shifted to cloud platforms, vendors say multiplatform production should get easier. With station groups like NBCUniversal now building data centers to support the news operations of several call-letter stations, Avid’s Thompson sees some of the old barriers between linear and digital production starting to fall away.

“Now there’s the realization that there’s a huge benefit to having a common repository for the content that’s getting made for linear and the content that’s only available on digital platforms,” Thompson says. “The merging of the two worlds is starting to happen.”