Back to TVNewsCheck Home Print this page
DMA 154: ALBANY, GA

WALB Grapples With Pandemic And Poverty

Gray-owned WALB Albany, Ga., found itself at the center of one of the coronavirus’ earliest and unlikeliest hotspots in rural Georgia. Its news coverage is tackling the virus’ ravages on both the community’s health and its fragile, poverty-laden economy. (Photo: Phoebe Putney Health System)
By Michael Depp | April 15, 2020 | 5:30 a.m. ET.

Among the nation’s coronavirus hotspots, few were so quickly overwhelmed as tiny Albany, Ga.

The inland city of 73,000 in Dougherty County (DMA 154) has seen over 1,200 cases and 78 deaths since the onset of the pandemic. Those numbers have thrust Albany into the national spotlight as an alarming outlier among urban epicenters like New York and New Orleans and prompted a flurry of national stories worrying over its outbreak.

Within this sprawling market some three hours south-southwest of Atlanta, Gray Television-owned NBC affiliate WALB has been the essential local news conduit.

Bruce Austin, the station’s VP and GM, paints a grim picture of a community especially vulnerable to the virus’ ravages. The area’s poverty rate is a staggering 30% with many in its populace suffering from the kinds of underlying health conditions on which the coronavirus thrives.

The economic landscape is stark. Agriculture is one cornerstone of Dougherty County’s economy; two local military bases are the other. 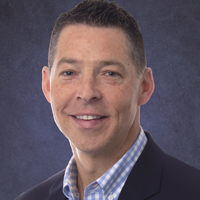 Austin says there really is no middle ground when it comes to wealth in Albany. “It either seems like you are extremely poor or you are pretty well off,” he says. But he quantifies that: Well-off means owning a home and providing regular meals for your family. Poor is hardscrabble in the toughest American sense. Local schools are essential to helping area kids get meals, especially in summertime. So are Boys and Girls Clubs, the YMCA and other civic groups.

And local hospitals were fast overwhelmed once the coronavirus appeared. There are only 50 ICU beds in the county, and by mid-March, they were already full, requiring a long-shuttered hospital to be reopened. Staffing limits also reared up quickly, with many infected health care workers sent home, in turn infecting others.

WALB has been on top of this fast-compounding disaster since the coronavirus’ outset, and like nearly every other newsroom in the country, doing it remotely. Of its 70 staffers, only eight or nine are in the building at any given time now, including Austin himself.

All of its reporters are working from home with LiveU units. Most are multimedia journalists shooting and editing their own stories, sometimes doing standups in front of their own apartment buildings and avoiding field reporting as much as possible for safety reasons.

But remote reporting has its challenges in rural Georgia. “If we are inside city limits or close to them, [reporters] probably have good, high-speed internet, but in some deep rural areas the technology is just not there yet,” Austin says.

Only two anchors still come into the building, and they do so in different shifts. One of them is Jim Wallace, who has been with the station since 1976. Wallace’s good working relationship with Gov. Brian Kemp has facilitated numerous Skype interviews with him since the crisis began, Austin says. “He has given Southwest Georgia attention probably more than any other governor that I can remember since Jimmy Carter, and that’s because Carter was from this area,” he says.

As for coronavirus reporting now, all hands are on deck turning out stories, including both of the station’s morning anchors and its sports anchors. “Everybody is a reporter now,” Austin says.

He credits Emileigh Forrester, one of the morning anchors, as behind some of the most impactful recent stories, including one on a local ICU nurse who is helping dying patients to speak with their loved ones a last time and a profile of a critical care physician keeping a video diary of his experiences on the front lines from his garage.

Much of the virus’ longer-term economic damage is still lying in store for Albany. But WALB is trying to do what it can to triage the hardest hits the community is taking on that front now. Many of those are happening around food need, so the station has been highlighting the most acute needs and the food drives coming together to soften the blow.

It’s also helping to get the word out on local restaurants still offering take out options to the locals who can afford it, along with doing what it can to keep its small and medium-sized business advertisers still in the fold.

There, too, challenges abound. “We are having a hard time contacting a lot of the people because they may not be in their place of business,” Austin says, noting he’s also doing what he can to keep morale up among the station’s sales staff, who work on 100% commission.

Austin says keeping morale high generally, along with keeping his staffers safe (the station has yet to have an employee test positive) are his top priorities. The other is to keep the stream of information flowing to viewers, who need the station now more than ever.

To fulfill that last aim, Austin says his own job has morphed into doing whatever is needed most, whether it’s fielding phone calls from the National Guard and the mayor or doing supply runs for the station’s skeleton crew.

“If I can help these guys in any way, I feel that is my job right now as they are out there trying to do what they’re doing for our public,” he says.