Staffers at PBS affiliate WLVT and NPR affiliate, WLVR-FM in Lehigh Valley, Pa., feel the weight of the pandemic’s historic power in their everyday reporting. It’s keeping them motivated through an intensely difficult and uncertain time.
By Mariella Miller | May 1, 2020 | 5:29 a.m. ET. 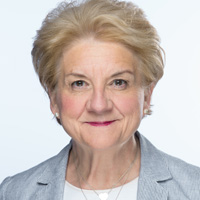 It’s just after 3:30 p.m. and Community Update on Coronavirus — a 30-minute program detailing COVID-19 updates for our community of Lehigh Valley, Pa. — has just wrapped. Between phasing in this live daily program, an upcoming special on children and trauma, a weekly education series, a statewide remote learning program, a new weekly health program for the Latino community and pumping out breaking news all afternoon, both of our teams at WLVT, a PBS affiliate, and NPR affiliate WLVR-FM are facing unprecedented challenges.

Whether these come in the form of using new or unproven technology, weighing the public’s perception of the media or fighting the personal grief each of us feels, our entire team of television and radio reporters, editors and producers agrees that this is a key moment in history for journalists, especially those in public media, striving to honor facts and present digestible material amid a crisis.

“When you’re covering hurricanes in severe weather, you know that at some point it will go away,” says Stephen Jiwanmall, one of Community Update on Coronavirus’ hosts and the Northampton County Reporter. “The aftermath maybe lasts for a while, but not the hurricane itself. This is different; there’s such uncertainty to when it will end. I never expected to cover something like this.”

Indeed, other journalists are having similar thoughts. In a recent interview, NBC’s Lester Holt voiced the breadth of the COVID-19 story to Tom Jones from the Poynter Institute. “I always thought 9/11 would be the biggest story I would ever cover. But this is the biggest story we have ever seen. This affects the entire world, each and every one of us,” Holt said.

In some cases, young journalists such as Carbon County Reporter Haley O’Brien are facing additional stress over a heightened desire to step up and prove journalistic integrity and creativity in recording history.

“It has made me realize how important we are, and that helps me stay motivated in this very difficult time,” she says. “I have struggled with thinking this is my chance to tell my best stories and I had better take advantage of the opportunity.”

Her words sum up the very purpose of journalism itself: after preventing tyranny by shining a light on the government, journalism exists to create a feeling of safety and community by delivering what we want to know, need to know and have the right to know, day after day.

WLVR SVP of Radio Christine Dempsey, whose background spans more than 30 years in the industry, speaks proudly when reflecting on the whirlwind of effort and results of coverage these past few months.

“I’m in awe of the entire team as they have shifted into high gear to serve our community during the pandemic,” she says.

But the real test lies in the media consumer’s opinion.

“I think that during this time people are really turning back to local news. People need information more than ever,” says Brittany Sweeney, health reporter and Community Update on Coronavirus host.

“We have been focused on bigotry that’s going on and people dividing and trying to figure out why and where this is coming from,” Pratt says. “It’s fear. If we can do our jobs as journalists and get the facts out there, maybe we can bring some unity to all this.”

Unity of informed news consumers is one potential benefit from this moment but increasing the overarching trust in the media during this world crisis should be another. News organization should view providing accurate and informative news coverage at this critical time as an essential opportunity.

The “2020 State of the Media” report from Cision’s global data cited that 59% of journalists believe the public has lost trust in the media over the last year. However, in the context of the last four years, the data shows that distrust in the media is decreasing. And now local television is seeing a dramatic uptick in viewership since the crisis began.

This is the value of local news, including public media outlets like ours. We are here to do what’s right, to gather our community “alone together” and to support our families and neighborhoods by keeping them informed and prepared for what’s ahead.

Mr President..When are you going to defund these worthless organizations who hate you , and America and are mouthpieces for the left????

Not only does @2018bstyrevr whine about “fake news” while spreading himself (itself), he (it) apparently needs a lesson in civics: Congress controls the budget, not the president.

Well, 2018bstyrevr, the president has been insisting for a long time that PBS be forcibly pulled away from the government teat but something funny keeps happening on the way from the House–funding for PBS mysteriously keeps appearing in budgets and stimulus packages. The only way to stop that is if the GOP re-takes the House. For now the perceived value of PBS is diminishing as other media sources supplant it. That may be the real threat to PBS, not the president.