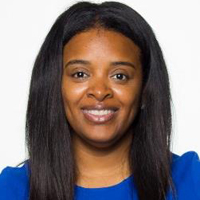 For the last three years, she has been the director of sales at WGHP Greensboro, N.C. Before that, she was a local sales manager for WFLA Tampa, Fla.

Henderson will lead the WCNC television sales efforts, including the 2021 Summer Olympics and 2022 Winter Olympics.  She will also oversee digital sales for WCNC.com and the customer-focused Premion and Tegna  attribution products.

Henderson is a graduate of Saint Augustine’s University, Raleigh.

‘Mulan’ To Premiere On Disney+

‘Who’s the Boss?’ Gets Reboot With Tony Danza, Alyssa Milano