Nexstar moves the veteran broadcasting executive and GM of its Waco, Texas,  stations with 25 years of management, sales, and marketing experience to lead its CW affiliate in Houston.
By Mark K. Miller | May 20, 2020 | 4:51 p.m. ET. 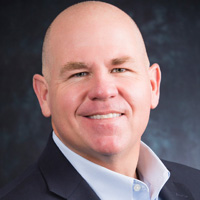 A native of Wichita Falls, Texas, Pruitt brings 25 years of executive broadcast television management, sales and marketing experience to his new role at Nexstar, serving since 2015 as VP-GM of KWKT (Fox) and KYLE (MNT) in Waco, Temple and Bryan, Texas.

During his tenure managing Nexstar’s operations in Waco, Temple and Bryan, Pruitt and his team created and developed KWKT’s first local newscasts, launching a half-hour of local news at 5:30 p.m. and an hour at 9 p.m. in 2017.  The early newscast has since expanded to a full 90 minutes. Pruitt was also instrumental in overseeing KWKT’s launch of Loving Living Local Central Texas, a lifestyle show.

Prior to overseeing KWKT and KYLE, Pruitt held a series of broadcasting management and sales positions of increasing importance, serving as VP-GM of KMVT and KSVT in Twin Falls, Idaho, from 2010 to 2015.

Pruitt has been involved in the media industry throughout his career and currently serves on the Fox Network Sales Advisory Committee.

He earned a bachelors’ degree in finance from Midwestern State University, located in his hometown of Wichita Falls, Texas.