Back to TVNewsCheck Home Print this page
DMA 71: OMAHA, NE 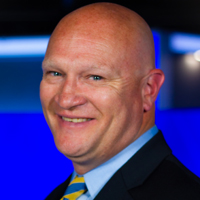 The move marks a return to Omaha for Oswald; he was an account executive at KETV at the outset of his career. His father, Randy, spent 16 years as a general manager in the market including nine leading Omaha’s NBC affiliate and seven with the local Fox and CW duopoly.

Oswald succeeds Ariel Roblin, who has been named president and general manager of KCRA and KQCA, Hearst Television’s NBC and MyNetworkTV affiliates in the Sacramento-Stockton-Modesto, Calif., market. Oswald’s successor in Arkansas will be named at a later date.

“Shawn has done exceptional work with the team at KHBS/KHOG and has extensive experience working with three of Hearst Television’s ABC affiliates including KETV,” Wertlieb said. “His strong ties to the Omaha community, coupled with his success early in his career with KETV, make him the natural choice to lead this great television station into the future.”

At KHBS-KHOG, Oswald oversaw numerous initiatives including the premiere of the market’s MeTV affiliate, using one of the stations’ subchannels, and the launch of local newscasts on the stations’ CW affiliate, The Arkansas CW. This news expansion included a 7-8 a.m. newscast Monday through Friday, which has become the No. 1 local morning newscast in its time period, as well as a 5 p.m. Saturday and Sunday newscast. He oversaw a newsroom build out, nearly tripling the space dedicated to newsgathering, while also leading a rejuvenation of the station’s sales, marketing, and promotion strategies.

Oswald’s 2014 move to KHBS-KHOG marked a return to Hearst Television. From 1997 to 2000 he was national sales manager at WISN, the Hearst-owned ABC affiliate in Milwaukee. Before that, he held industry sales and general management positions in Fort Myers, Fla., and Wichita, Kan.