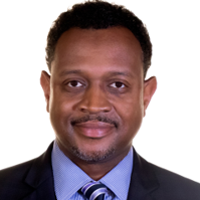 “Throughout his career, Charles has been a superstar seller. He has continually performed as one of 16 WAPT’s top digital executives,” says General Sales Manager Peter Keith. “We’re excited to see him apply all his sales and digital experience to his new role as our digital sales manager.”

Jackson is a lifelong resident of Mississippi and a graduate of the University of Southern Mississippi. He began his career in advertising and media sales in 2012 and joined WAPT as an account executive in September 2016.

Since that time, he has twice earned the Hearst Eagle Award for exceptional sales performance and leadership, and he has led the station in digital sales revenue for the past three years.

Jackson served in the Mississippi Air National Guard as a member of the 172nd Airlift Wing for 10 years. While enlisted he was once nominated as Non-Commissioned Officer of The Year and received an Air Force Achievement Medal for his service and dedication during Operation Enduring Freedom.