Back to TVNewsCheck Home Print this page
DMA 27: RALEIGH-DURHAM, NC

ABC Owned Television Stations moves him from news director of KABC Los Angeles to lead its O&O in North Carolina where he previously was news director.
By Mark K. Miller | May 28, 2020 | 3:17 p.m. ET. 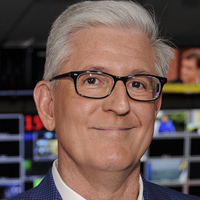 In this new role, he has overall management responsibility of the station’s operations and its ancillary businesses. He will report to Wendy McMahon, president, ABC Owned Television Stations.

Elmore is a seasoned news executive bringing extensive experience leading teams in the multiplatform space including ABC’s KABC Los Angeles where he has been vice president of news for the past five years.

Prior to KABC, Elmore spent 17 years at WTVD as news director.

“Rob has been an extraordinary and transformational leader for the ABC owned television stations, building next-generation newsrooms at ABC11 in Raleigh-Durham and ABC7 in Los Angeles,” said McMahon. “Rob leads with a sharp vision for modernization and an uncompromised commitment to our communities and audiences.  As ABC11 continues to press forward in innovation and growth to serve our viewers across even more platforms, we’re thrilled for Rob’s leadership as he returns to his Raleigh-Durham roots.”

At KABC, Elmore specialized in creating and executing content and format strategies to increase multiplatform viewership and engagement. Most recently, KABC was honored in 2020 with four Regional Edward R. Murrow Awards for Overall Excellence, Breaking News Coverage, Excellence in Video, and Best Newscast in large-market television in Region 2 of the Radio Television Digital News Association.

Before joining ABC Owned Television Stations, Elmore was news director and assistant news director at WHEC Rochester, N.Y. Earlier in his career, he was a news producer at WSMV Nashville, where produced the 6 and 10 p.m. newscasts; and WHAM Rochester, where he produced the 6 and 11 p.m. newscasts. He began his television career as a reporter at WWNY Watertown, N.Y., during summer and college breaks.