Back to TVNewsCheck Home Print this page
DMA 21: CHARLOTTE, NC

The TV station executive with nearly 30 years of broadcast management, sales, and marketing experience is tapped by Nexstar to lead its Fox-MNT duopoly in Charlotte, N.C.
By Mark K. Miller | June 1, 2020 | 2:20 p.m. ET. 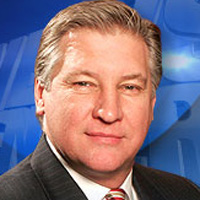 Romines brings nearly three decades of executive broadcast management experience to his new role. Since June 2019, he has been a senior vice president and regional manager for Nexstar Broadcasting, overseeing the company’s broadcast and digital operations in various markets.

He first joined Nexstar in January 2017, following the company’s acquisition of Media General, where he was VP-GM of WTEN Albany, N.Y. Romines joined WTEN in 2005 as general sales manager and spent 14 years at the station, becoming VP-GM in 2014.

Prior to joining WTEN, Romines held various general sales management roles of increasing responsibility on behalf of WJTV and WAPT in Jackson, Miss.; WCCO Minneapolis; and KOCO Oklahoma City. He began his broadcasting career in 1991 as a local account executive at WDBD Jackson, Miss.

“Ron is a highly-engaged, energetic and collaborative team-builder,” said Davis. “His depth of experience as a broadcast executive, lengthy track record of success, deep involvement in station operations, local content development and thoughtful engagement with local advertisers and community constituencies, make him an excellent choice to lead our newly-acquired Charlotte broadcast and digital operations.”

Romines is originally from the Jackson, Miss., area, where he earned his BSBA and MBA from Mississippi College.