CBS Television Stations didn’t let a pandemic get in the way of its streaming ambitions.

Despite being the first major broadcaster to be hit with cases of coronavirus at its New York broadcast center, prompting a fast-moving, domino reaction to remote working across the entire industry, CBS has stayed the course on an aggressive schedule to launch streaming versions of each of its owned stations.

That has included two since the pandemic’s outset: Chicago (WBBM) on April 21 and Dallas-Fort Worth (KTVT) on May 18. They joined Los Angeles, Boston, the San Francisco Bay Area, Minnesota, Philadelphia, Denver, Pittsburgh, Chicago and New York, which was the first to launch in December 2018. 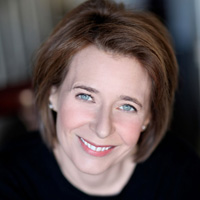 “The national and local versions of CBSN have been a team effort from the very beginning,” says Christy Tanner, EVP and GM, CBS News Digital. “Our teams worked really closely over a period of months to basically take the national CBSN playbook and apply it to the local market, whether that was the engineering technology or the editorial workflow.”

Tanner says it’s a process that has gotten easier with experience and the camaraderie between teams built up over more than a year. “During the pandemic nothing has changed except to say our teams are working more closely than ever before,” she says. “We built relationships over the course of 18 months launching the various local streams. When everything hit the fan in March, those relationships really paid off for us.”

Adam Wiener, EVP and GM of CBS Local Digital Media, says numerous contingency plan meetings in the weeks leading up to the pandemic helped to keep the process on schedule. “We were able to apply a lot of those tactics that we had devised in those meetings to make sure we didn’t miss a beat,” he says. 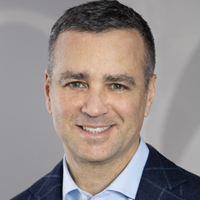 Wiener says much of the necessary engineering work for each station had already been in put in place, such as racking servers needed for streaming. “It was more about getting people trained to operate things remotely,” he says.

The local and national digital teams held twice-daily Zoom meetings for the first two months of the crisis to ensure such training and a smooth rollout, Tanner adds. “In the beginning, we were basically living with each other virtually via Zoom,” she says.

Having the local streaming channels has been a key tool for CBS’s stations during the pandemic, and Wiener says audiences flocked to them for information as the crisis played out crucially as a local story even more than a national one for many.

“In the weeks after the lockdown started, we saw consumption levels rise — I can’t give you actual numbers — but to incredible record levels,” he says. “People were locked down and all they could do was consume every little bit of information they could get their eyes on.”

That includes the numerous daily coronavirus press briefings at numerous government levels. “We have known for a long time that viewers want to see leaders speak unfiltered whether that is a press conference from a local police chief in a case that has become of national interest or [New York’s] Gov. Cuomo speaking every day,” Tanner says. 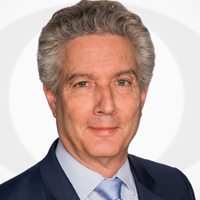 David Friend, SVP news for CBS Television Stations, says OTT has been important for covering those briefings. “During the first stages of the pandemic we were pretty much broadcasting and simulcasting all the official briefings, but now we are actually pushing some of the officials to CBSN exclusively and not putting them on broadcast,” he says. “We have this separate news streaming service where people can watch [more than] the part of the briefing we might offer on broadcast.”

Friend says since the pandemic’s outset, CBS’s local OTT channels have allowed for a vital expansion of information beyond what broadcast can offer with its linear limitations. “The OTT service along with the broadcast service has played a really vital role during this entire time in all of our markets,” he says. “As people stay home, they need to consume that information, and the OTT service in particular is providing an expansion of that coverage, not a diminishment.”

CBS will use its OTT channels in the same way to amplify election coverage, including more streaming video from national candidates’ visits to local markets than broadcast constraints would normally allow, Friend says.

Local elections will also get deeper coverage, he adds. “In many of those cities there are key congressional races that are important and those will be spotlighted more on the streaming service than we could possibly do on broadcast just because of the limited amount of time we have on linear TV,” Friend says.

“While we are all proud of the work we do on the broadcast side, the OTT side has allowed us to really just push those boundaries away,” he says.

What pandemic? The news media completely dropped that crisis in pursuit of George Floyd stories, featuring tight mobs of spaced people either not wearing masks or wearing them wrong so they can loudly shout whatever is aerosolized in their lungs.

OTT but not available OTA… Do OTA viewers not count? Are they not important any longer? Is broadcasting OTA even a business strategy nowadays?

This is why “broadcasters” are no longer really broadcasters but over-glorified cable-casters..