A long lockdown without live sports has pushed esports toward record audiences on the streaming platforms where they’re usually watched, with broadcasters now testing the waters. With professional leagues’ reemergence still hazy, esports may be having their breakthrough moment sooner than expected.
By Charles Conroy | June 5, 2020 | 5:28 a.m. ET. 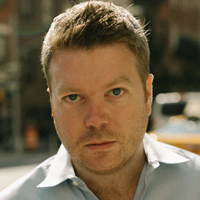 The absence of major sports has left fans who enjoy the rush of live action feeling a huge void — one that has only partly been filled by rebroadcasts of classic games and The Last Dance, the acclaimed Netflix and ESPN series on the 1998 Chicago Bulls.

The one live sport that has managed to keep on its feet through the whole crisis, and even surge in popularity, is esports, or video games played competitively for live audiences.

The coronavirus pandemic has seen the biggest TV events in live sports sidelined indefinitely with the Tokyo Olympic Games on hold, an excitingly unpredictable NBA season yet to resume, the boys of summer still waiting to play Major League Baseball and the vast majority of other sporting events canceled or postponed.

Meanwhile, esports has already built a global audience of around 450-plus million and its following has grown rapidly as it has emerged as the main alternative to live physical sports during the COVID-19 crisis.

Esports has seen its popularity soar during lockdown on the streaming platforms where it is usually watched, but major U.S. TV broadcasters are also testing the waters. The eNASCAR iRacing Pro Invitational Series broke the mainstream TV viewing record for gaming at the end of March when more than 1.3 million viewers tuned into Fox Sports and FS1 to watch actual NASCAR drivers compete in a race on the virtual Texas Motor Speedway — up from the previous record of over 900,000 for another race just the week before.

The rise of esports as a genuine spectator sport, especially among hard-to-reach younger viewers, did not come out of nowhere, but the pandemic has encouraged a new level of engagement. Amazon-owned Twitch, the world’s leading esports streaming service, reached an all-time high with 3 billion hours watched in the first quarter, marking a 17% increase on the previous quarter.

Will this growth mean that esports will now emerge as a viable broadcast TV staple? As it fills the vacuum left by postponed and canceled sports leagues, its moment may be arriving sooner than expected.

The fact its popularity was already surging — its biggest event so far, the 2019 League of Legends World Championship, enjoyed global peak viewership of 3.9 million, a 94% increase from the year before — indicates that coronavirus is simply accelerating a process that had already began.

What also bodes well for the commercial future of esports is the fact that the audience is young and affluent. According to data gathered by gaming website LeagueOfBetting.com, 37% of all online gamers are millennials, aged 24-35, with 60% being males with medium to high income.

With audiences growing on Twitch and other platforms while people are forced to stay at home and other sports are unavailable, esports is also likely seeing a substantial number of newcomers — especially as it moves onto traditional TV sports channels. ESL, one of the world’s largest esports leagues, for example, signed four new international rights deals in March alone.

The participatory nature of video gaming could be a big factor in giving esports staying power, even once live physical sports return. LeagueOfBetting.com projects the number of online gamers to reach 877 million globally this year, with the number of players expected to jump to over 1 billion by 2024. In comparison, soccer, the world’s most popular sport, has 3.2 billion fans but only 250 million worldwide actually play.

Esports’ gaming audience is quickly growing beyond specialist online platforms. It is hardly a leap of faith to predict that in the next few years all esports could sit on par with professional leagues, college sports and PGA golf as a network TV sports mainstay.

Charles Conroy is VP of gaming at The Switch, a platform for the production and global delivery of live video.