Back to TVNewsCheck Home Print this page
DMA 19: CLEVELAND

The station group promotes her from assistant news director at its WXYZ Detroit. She succeeds the Cleveland ABC affiliate’s Sean McGarvy who moved to a senior content role at corporate.
By Mark K. Miller | June 15, 2020 | 2:18 p.m. ET. 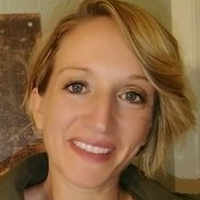 Heisner joins from Scripps’ WXYZ Detroit, where she was promoted from executive producer of investigative and special projects to assistant news director. She has been with Scripps for nearly 17 years, starting as a producer for WSYM in Lansing, Michigan, before moving to KNXV in Phoenix, where she held multiple newsroom roles.

Heisner replaces Sean McGarvy, who was promoted in March to a corporate role as senior director of content strategy for Scripps’ East Coast television stations.

Before joining Scripps, McGarvy’s career path included stops at newsrooms at KDVR in Denver; WXIN and WTTV in Indianapolis; and WTTG and Fox News Channel in Washington.