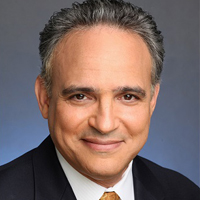 The E.W. Scripps Co. today appointed Ramon Pineda to lead its operations in Corpus Christi, Texas, where he will serve as vice president and general manager of Scripps’ NBC-CW affiliate, KRIS, and its independent LPTV branded KDF, effective June 29.

Pineda has more than 30 years of experience in broadcast and sales. He served most recently as president and regional director for Univision Communications, where he led news and sales teams in Puerto Rico, Atlanta, Philadelphia and Raleigh, N.C.

While at Univision, Pineda held senior leadership roles at several TV and radio stations, including KTVW and KFTU in Phoenix and Tucson, Ariz., and WXTV and WFUT in New York City, before being promoted to SVP and regional director covering New York, Chicago, Arizona and Philadelphia.

“Ramon is a highly skilled broadcast leader whose vast industry experience and dedication to serving the community make him an ideal candidate to lead our Corpus Christi operations,” said Local Media President Brian Lawlor. “I’m thrilled to have someone with Ramon’s talents joining Scripps.”

Having launched his career in sales at Telemundo Group, Vivamerica Group and GEMS Television, Pineda later served as president of Caballero Spanish Media and vice president and general manager of Telemundo station WNJU New York before joining Univision in 2002.