TV salespeople have been working from home since March, but the technology necessary for the entire sales workflow to be cloud-based is still developing. Both WideOrbit and Imagine Communications are transitioning existing products to the cloud and developing new cloud-based software.
By Jennifer Pallanich | July 16, 2020 | 10:12 a.m. ET.

Since COVID-19, almost all of broadcast TV’s sales workflow is being done remotely, and, without the need to go into the office, salespeople are able to devote more attention to selling.

Graham Media and Gray Television both have setups that allow their sales teams to access on-premises equipment via remote desktops. But the technology needed for the entire sales workflow to be completely cloud-based is still a work in progress.

Vendors are working on offerings that support ad sales for both linear and digital, and automate workflows to further improve sales efficiencies.

“There are a lot of processes that tied a lot of sales folks to the office in a lot of ways, even things as simple as making and logging phone calls,” says Michael Newman, lead developer for Graham Digital at Graham Media Group.

COVID was a “forcing function” in Graham’s transition to the cloud, “but as a group we’ve been moving in that direction for as long as I’ve been with the company,” says Newman, who joined Graham in 2007.

Transitioning to the cloud has allowed Graham’s salespeople to move out of the office and focus on selling, he says. “Our salespeople for now and the foreseeable future are not going into the office. There’s no reason to go into the office. They can do everything via the laptops that have been issued to them. Overall, they can take their laptops, phones and hot spots and work in their car, the park or a coffee shop if it was open and get done their jobs by connecting up to the centralized network systems.” 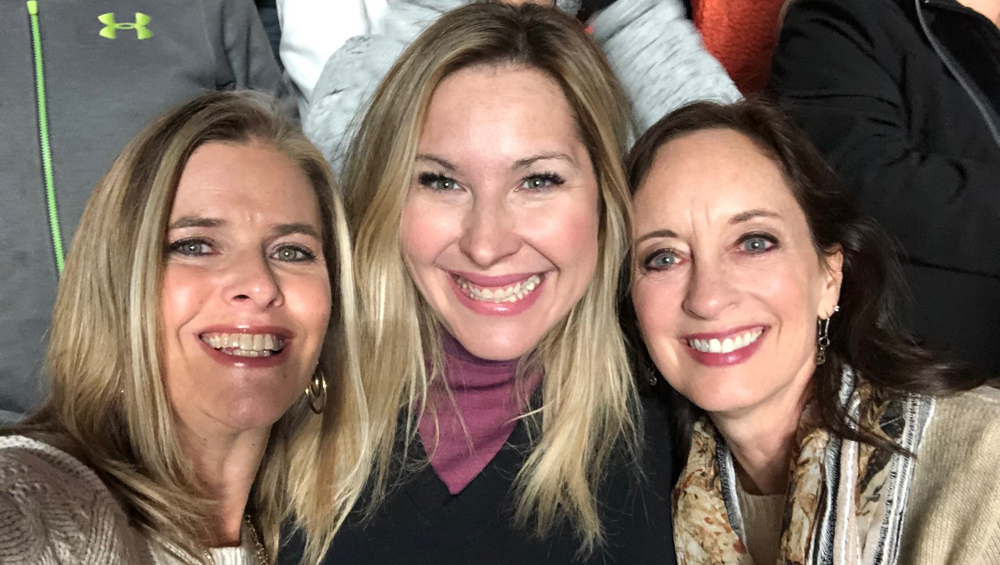 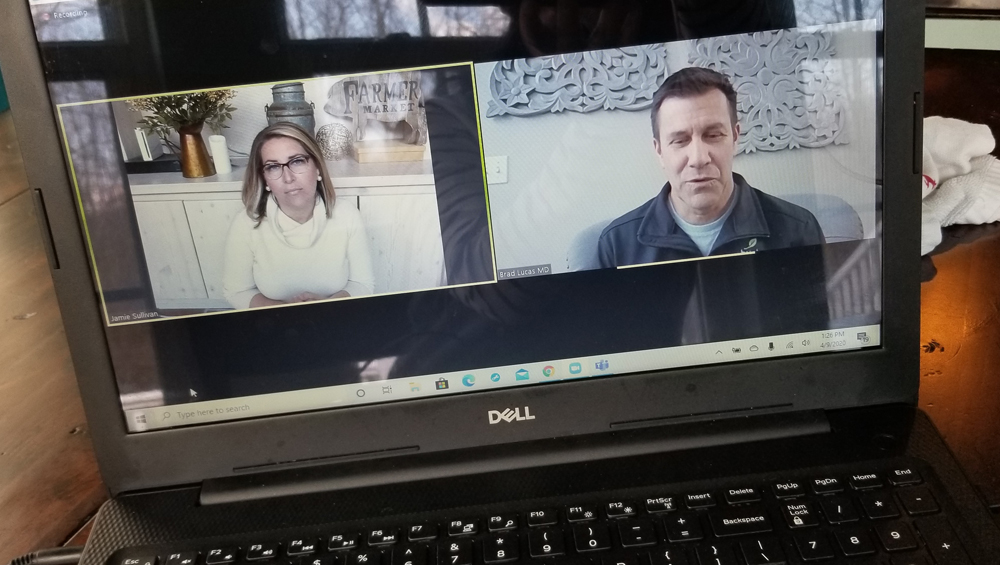 Then and now, what a difference. The most drastic change in Gray’s sales operation process in the current climate has been to rely on cloud-based solutions to interact with client partners and provide services that would have traditionally been managed in personal meetings. Top: Last November, Sara Foster, GSM, and Jasmine Hardin, GM, from Gray’s CBS affil WVLT Knoxville, Tenn., and client Maureen Patteson from Media Directions, posed for a snapshot at a local event. Bottom: WOIO Cleveland reporter Jamie Sullivan interviews client Dr. Brad Lucas, chief medical officer for Buckeye Community Health Plan for Cleveland Now.

Even sales calls have moved into the cloud through the use of platforms like Zoom.

There had been fears that salespeople would have to touch base in person, Newman says, but Zoom became more standardized and people became increasingly comfortable with it.

As a result, the group “started seeing more sales,” Newman says. “Salespeople can be just as productive over video” as face-to-face. Most of those sales are through existing relationships with current customers, he adds.

As Karen Youger, SVP of sales operations at Gray Television, puts it: “Sales is relationships.”

When it comes to what part of the sales workflow to put in the cloud, her focus has been on increasing efficiencies, particularly with respect to “getting information back and forth in a timely fashion.”

Right now, she says, “a lot of pieces of technology are not there yet,” which results in lag time and manual processes. “We’ve been working with that.”

Gray is a member of the TV Interface Practices (TIP) Initiative to streamline advertising transactions. Improving the efficiencies requires APIs so that different systems can access each other.

For now, though, Youger says about half of the sales workflow at Gray is cloud-based. Research tools such as Nielsen and Comscore are cloud-based, while the traffic system and sales avails are either Citrix- or direct desktop-based.

“That hasn’t proved an issue for us,” she says.

If avail were offered through the cloud and it makes sense to use it, Youger says, Gray will make the switch. “We use the tools we use that make the most sense.” As it is, she says, cloud-based solutions are “just another tool” and the tool must help fulfill a need their clients have.

“We’re in sales. Our job is to make our customer experience the best it can be. If cloud-based can be that solution, then wonderful,” Youger says.

WideOrbit, which both Graham and Gray use, has historically been on-prem.

The cloud-based offering allows a customer to access a single website, authenticate with single sign-on credentials and have access to all the same sales tools on their desktop as well as connection to the buy side without going to email, he says. Those are “huge time savers for account executives and the business in general.”

Once the order is placed, he says, “we can take this linear or digital order and go through and manage the campaign, make changes to the order, deliver information and produce invoices” and other tasks. “All that comes together with the cloud.”

Automation is also increasingly important to improving efficiencies, and WideOrbit has “bundled” automation into agency integrations.

“These are everything from the pre-buy process to posting an invoice,” he says.

Allison Coquet, director of product line management at Imagine Communications, says the focus on sales workflows has been aimed at “shortening the sales cycle and make the buying process less complex.”

What that means is vendor-agnostic workflows and standardization, she says.

“On the flip side, that standardization can be a challenge,” Coquet says. For example, TIP is trying to standardize interfaces, but “that’s rolling out slower than everybody would like to see.”

Imagine is working on a sales gateway that automates sales processes between buyers and sellers. It’s got to be vendor-agnostic so it can work across many workflows, she says.

While some are still choosing on-premises equipment, she has been seeing a shift toward cloud-enabled. “We actually had a client move to a managed service in the cloud during COVID-19 and the quarantine,” Coquet says. They “saw the benefits” of moving to software in the cloud, such as not needing as much support, which was “one less thing to worry about as they were shifting to a work from home environment.”

Imagine is shifting some of its existing products to be cloud-enabled and work in the cloud, and new software will be cloud-native moving forward, she says.

And even as pieces of the sales workflow have evolved, so, too, has the way that success is measured.

“Success came with Nielsen ratings,” Newman says. “Those are important for the television side, but what we’re doing for our clients is so much richer and deeper.”

“You know how many times you touched the customer to get the conversion,” Newman says.

Fueled with this knowledge, it’s possible to optimize the media mix and targeting along with which ads are more successful and allocate the campaign in that fashion, he says.

Adding digital to an ad buy “changes the conversation from ‘I reached 1 million eyeballs’ to ‘I sold 15 cars,’ ” Newman says. “It’s a seismic shift.” 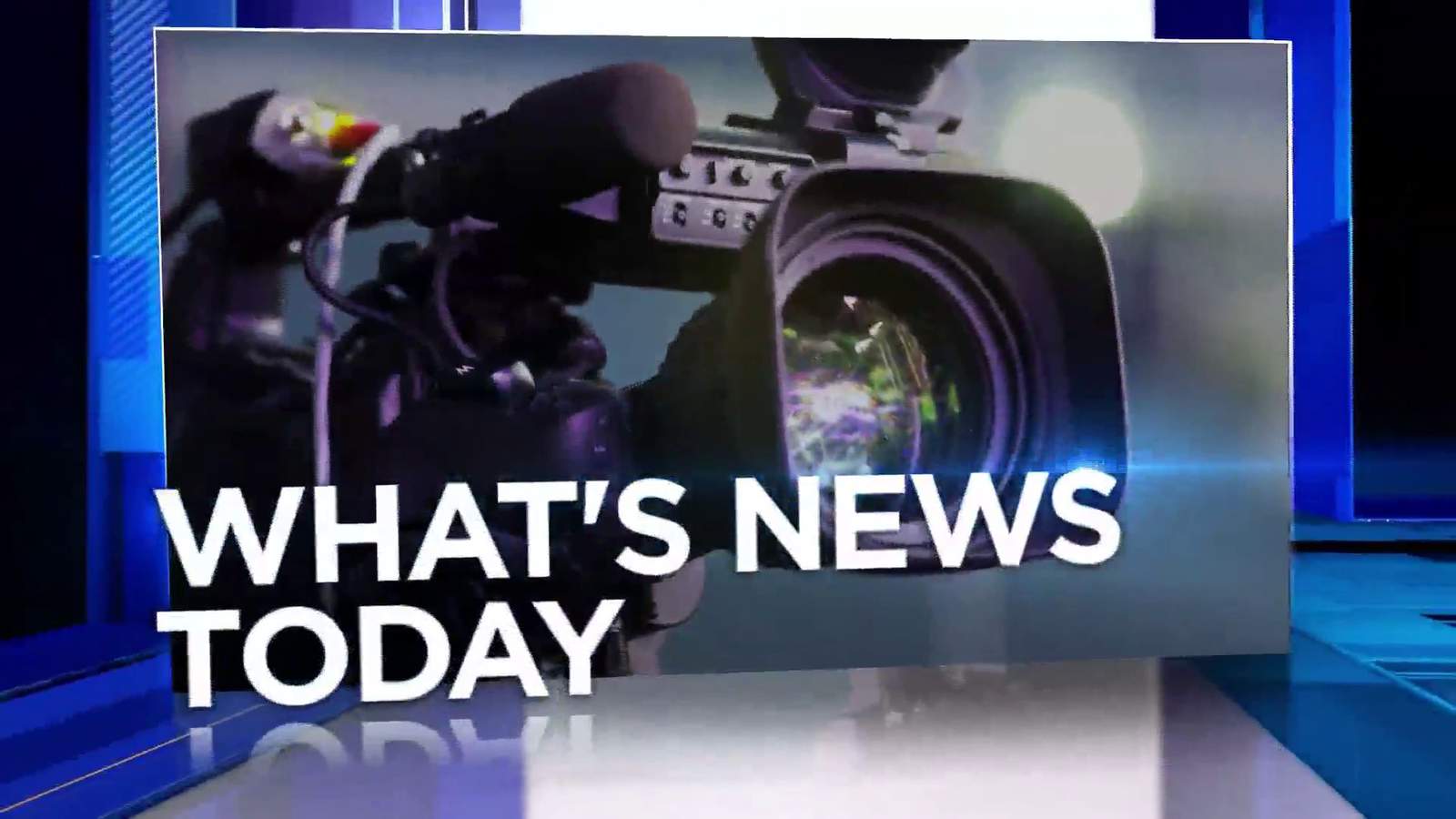