Back to TVNewsCheck Home Print this page
DMA 22: PORTLAND, OR

The general management, sales, programming and marketing executive with more than 25 years of local television experience is tapped to lead its KOIN and KRCW.
By Mark K. Miller | September 8, 2020 | 2:53 p.m. ET. 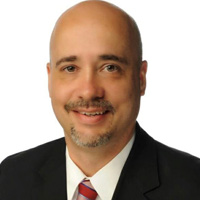 Keeler brings more than 25 years of broadcast management, programming and sales experience to his role at Nexstar. This appointment capitalizes on his familiarity with the Portland market, where he worked earlier in his career as local sales manager for KWBP from 1999 to 2003. That station became KRCW in 2006 and is now part of the Nexstar group of stations. As local sales manager, he was credited with developing a sales plan that tripled the station’s in-market revenue share.

Since 2015, Mr. Keeler has been vice president and general manager of WISC Madison, Wis., as well as it s Channel3000.com, TVW, Phase 3 Digital, and Madison Magazine. Keeler was responsible for developing long-term strategy and for overseeing all aspects of the day-to-day operations of these local media businesses.

Prior to leading WISC, Keeler was president and general manager of KGBT Harlingen, Texas, where he and his team were responsible for increasing the station’s commitment to local content by adding a noon newscast and expanding Spanish-language programming on the subchannel, TV Azteca Del Valle Rio Grande.

“Tom’s proven leadership experience as a broadcast and sales executive, coupled with his results-driven skillsets and previous local market knowledge of the Portland community, all make him the ideal candidate to lead our growing broadcasting and digital entities at KOIN-TV, KRCW-TV and KOIN.com,” said Rosenfeld.

Keeler earned his BA in journalism from Ohio University, a BA in broadcast/station management from Arizona State University, and a master’s degree in mass communication from Arizona State University. He is an active participant in industry-related associations, having recently served as a member of the National Association of Broadcasters Small Market Television Exchange Planning Committee

Maybe he can start a “News ” Department because there is not one in Portland now..