Washington correspondent Kasie Hunt will revive the Way Too Early news program that will air at 5 a.m. ET on weekdays, leading into Morning Joe. MSNBC is also starting two new weekend evening shows on Sept. 19 that will ensure the network is on live both Saturday and Sunday until 10 p.m ET.
By AP Staff | September 10, 2020 | 2:02 p.m. ET. 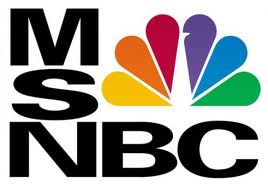 Hunt will revive the “Way Too Early” news program that will air at 5 a.m. Eastern on weekdays, leading into “Morning Joe.” She’ll give up her weekend program, “Kasie DC,” and start her new shift on Sept. 21, the network said on Thursday.

MSNBC is also starting two new weekend evening shows on Sept. 19 that will ensure the network is on live both Saturday and Sunday until 10 p.m Eastern. Currently, the network usually switches to pre-taped programming at 7 p.m. on Saturday and 9 p.m. on Sunday.

Alicia Menendez, who joined MSNBC last year after working at PBS and Fusion, will host “American Voices” from 6 p.m. to 8 p.m. on Saturdays and Sunday. The host of the “Latina to Latina” podcast says she hopes to feature underrepresented voices.

Joshua Johnson, who joined MSNBC from noncommercial WAMU-FM Washington earlier this year, will host “The Week” from 8 p.m. to 10 p.m. on both nights. The show plans to feature conversations about the week’s big stories.

Other weekend hosts include a morning team of Kendis Gibson and Lindsey Reiser; Ali Velshi, Alex Witt, Yasmin Vossoughian and Al Sharpton. The network has yet to appoint a replacement for the “AM Joy” show now that Joy Reid has moved into the weeknight lineup.

MSNBC, which has been vulnerable to criticism for a lack of diversity in its weekday lineup, will soon have a notably diverse weekend lineup.