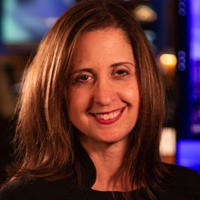 Nexstar Broadcasting today that appointed Tina Marie Castano to VP-GM of its broadcast and digital operations in Binghamton, N.Y. (DMA 161), and nearby Elmira-Corning, N.Y. (DMA 178), overseeing WIVT (ABC), WBGH (NBC), WETM (NBC, ATV) and their related social media channels. She Castano is a native New Yorker and is deeply familiar with the Southern tier of the state, having graduated from Binghamton University. She will assume her new responsibilities immediately and report to Theresa Underwood, senior vice president and regional manager for Nexstar Broadcasting.

Castano brings 25 years of broadcast management leadership, programming, sales, and marketing experience to her role at Nexstar. Since 2018, she has been the VP-GM of WLNE (ABC), in Providence, R.I. (DMA 56), overseeing the long-term strategy and day-to-day operations of the station’s broadcasting, digital and mobile platforms.

Prior to WLNE, Castano served in a variety of sales, programming and management leadership positions, including 10 years as the VP-GM of WLWC Providence, from 2007 to 2017. She led the station through multiple ownership changes, including the years when WLWC was managed by Nexstar Broadcasting.

Castano earned her BA in political science, literature, and rhetoric from Binghamton University and her master’s degree in telecommunications from Penn State University.  She is an active participant in industry-related organizations, serving most recently on the boards of the Rhode Island Broadcasters Association and the Harrington School of Communication and Media at the University of Rhode Island.