Back to TVNewsCheck Home Print this page
DMA 64: LEXINGTON, KY 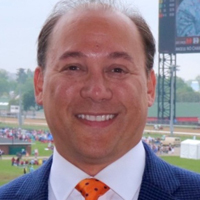 Nexstar Broadcasting said today that it closed on the purchase of Fox affiliate WDKY Lexington, Ky. (DMA 64), from a subsidiary of Sinclair Broadcast Group for $18 million. Additionally, Nexstar announced that it has appointed Monte Costes as vice president and general manager of the newly acquired broadcast and digital operations.

Costes brings nearly 30 years of broadcast management leadership, programming, sales, and marketing experience to his new role at Nexstar and has consistently demonstrated the ability to grow revenue and profitability throughout his career. Costes is familiar with the Lexington market, serving since mid-2018 as the director of sales for WLEX there, overseeing the long-term strategy and day-to-day operations of the sales department and supervising a team of 23 individuals.

Prior to WLEX, Costes served in a variety of sales management and marketing leadership positions of increasing responsibility, including 12 years in local and national sales at WTTV-WXIN Indianapolis from 2006 to 2018.  As local sales manager for the duopoly, Costes helped drive a nearly 50% increase in advertising market share for the stations and developed an important community partnership with Habitat for Humanity.

“Monte is the perfect choice to lead our newly acquired broadcasting and digital operations in Lexington,” said Vaughn.  “His nearly 30 years of experience as a sales leader, coupled with his lengthy track-record of leadership successes as a result of his ability to build highly-performing sales teams, identify new business opportunities, and develop non-traditional revenue streams, have all equipped him well to lead WDKY-TV, foxlexington.com and their related mobile and social media applications.

Costes studied at the School of Medicine and Nursing at the University of South Alabama and started his career in broadcasting when he got a part-time job as a camera operator at a local television station.