More eyes have turned to news this year, giving the industry a chance to show an information-needy public just what it’s made of — and the ability to capture more ad dollars on streaming. 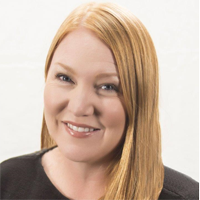 “Our big win was already in process,” said Maggie Drake, senior director of OTT revenue at the E.W. Scripps Co. “We were in the process of launching an O&O app amongst all of our news markets, so when the pandemic hit, we were already positioned quite well [and] with that we saw expedited growth overall in our O&O news apps.”

“We did see a huge lift in users and time spent in our local O&O properties,” Drake said. 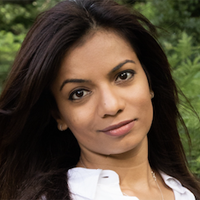 Roma Kojima, senior director of OTT video at Canada’s public broadcaster CBC, said the leadership in her organization decided to move news content up in front of a paywall. “That was actually huge because it met our public service mandate right on the nose.” The move boosted brand awareness, too, she said, and those that were already subscribed to CBC news were also consuming it more, which didn’t hurt.

Brian Hunt, head of OTT/CTV ad sales at Sinclair Broadcast Group, said: “One of our big wins was one of our assets, NewsON, a CTV app that features local broadcast news from 275 different affiliates.”

Policy “wasn’t happening at the federal level, a lot of the decisions were being made state-by-state, county-by-county, or even city-by-city,” Hunt observed, “so that local news element became really important.” 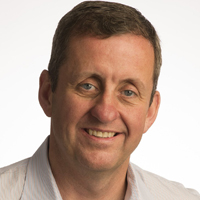 He reported a 50% spike in ad impressions at NewsON during the initial months of the pandemic. Though in recent weeks interest in COVID news has waned, people have stuck around, apparently appreciating the product once they discovered it, Hunt said.

“We’re still seeing those same levels of ad impressions,” he said. “In fact, NewsON just became the No. 2 news information app on all of Roku; we’re second only to CBS News.”

Much of the same occurred at the OTT division of NBCUniversal, said Shawn Makhijani, SVP of business development and strategy for NBCU Owned Television Stations and NBC Spot On. Fortunately for that group, shortly before the pandemic it had shifted ad sales focuses toward impressions.

“What impressions allowed was for planners, especially as new national advertisers started looking into local, to activate campaigns that were a little bit different than your normal campaigns — local, contextual campaigns of the past,” Makhijani said.

Instead, advertisers veered toward what Makhijani called “broader-reach” local spots, using live linear. They then wanted “to do data-targeted, behavior-targeted” campaigns on CTV and OTT platforms, he said, “within premium content that they trusted.” 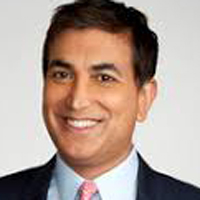 “And so with this move to impressions, you could do that,” Makhijani said. “Otherwise the left hand didn’t talk to the right hand. [The] move to impressions allowed the TV buyers to really take the lead in placing these campaigns, which, over COVID, really helped.”

NBCU also happened to launch its OTT advertising aggregator, Spot On, during this time period. All of these dominoes falling during the outset of the pandemic helped create “inroads to new clients,” Makhijani said.

With OTT technology advancing as it has, and with so much success across the digital space — cultivating robust predictive growth — the market has been invaded by brands of late. Standing out, thus, becomes more challenging every day.

“65% of Gen Z’s and millennials have four or more OTT subscriptions,” Hunt noted. “I don’t know what the magic number is, but there is a point where the average household or person can have four maybe five OTT subscriptions; it’s not all one or nothing.”

So, for discoverability advantages, “you’ve got to have exclusive content that people can’t get somewhere else and [that] is targeting the right consumer,” he added.

Streaming executives from E.W. Scripps, NBCUniversal Owned Stations, CBC and Sinclair say the pandemic drove record numbers to their streaming sites, boosting ad impressions and creating more inroads to advertisers. Click To TweetSenzon challenged the panelists to reveal some of the ways they plan to pursue more revenue in the near future, as the OTT space continues to evolve rapidly, with new opportunities for revenue emerging continuously.

“Improving our ability to be inclusive in our service models, that’s huge; that includes accessibility and all that type of stuff,” Kojima said on behalf of the CBC. She added “Getting better at activating our first-party data,” as well.

Makhijani doubled-down on embracing “impressions as a currency,” to which Hunt concurred.

“You have to embrace the innovation of the content,” Makhijani continued. “We’ve gotten a huge boost because of COVID; people have discovered local news, how important it is. You can’t keep on doing the same things you’ve always done, otherwise you’re going to lose that audience.”