Trump’s expected return Monday evening comes as the scale of the outbreak within the White House itself is still being uncovered. Press secretary Kayleigh McEnany announced she had tested positive for the virus Monday morning and was entering quarantine.
By Zeke Miller, Jill Colvin & Aamer Madhani | October 5, 2020 | 3:27 p.m. ET.

BETHESDA, Md. (AP) — President Donald Trump said Monday he’s leaving the military hospital where he has been treated for COVID-19 and will continue his recovery at the White House. He said he’s feeling good and the nation should not be afraid of the virus that has killed more than 209,000 Americans.

Trump’s expected return comes as the scale of the outbreak within the White House itself is still being uncovered. Press secretary Kayleigh McEnany announced she had tested positive for the virus Monday morning and was entering quarantine.

“I will be leaving the great Walter Reed Medical Center today at 6:30 P.M.,” Trump tweeted. “Feeling really good! Don’t be afraid of Covid. … I feel better than I did 20 years ago!”

Trump is expected to make the journey aboard the presidential helicopter, Marine One.

Trump’s nonchalant message about not fearing the virus comes as his own administration has encouraged Americans to be very careful and take precautions to avoid contracting and spreading the disease as cases continue to spike across the country. For more than eight months, Trump’s efforts to play down the threat of the virus in hopes of propping up the economy ahead of the election have drawn bipartisan criticism.

Only a day earlier, Trump suggested he had finally grasped the true nature of the virus, saying in a video, “I get it.” 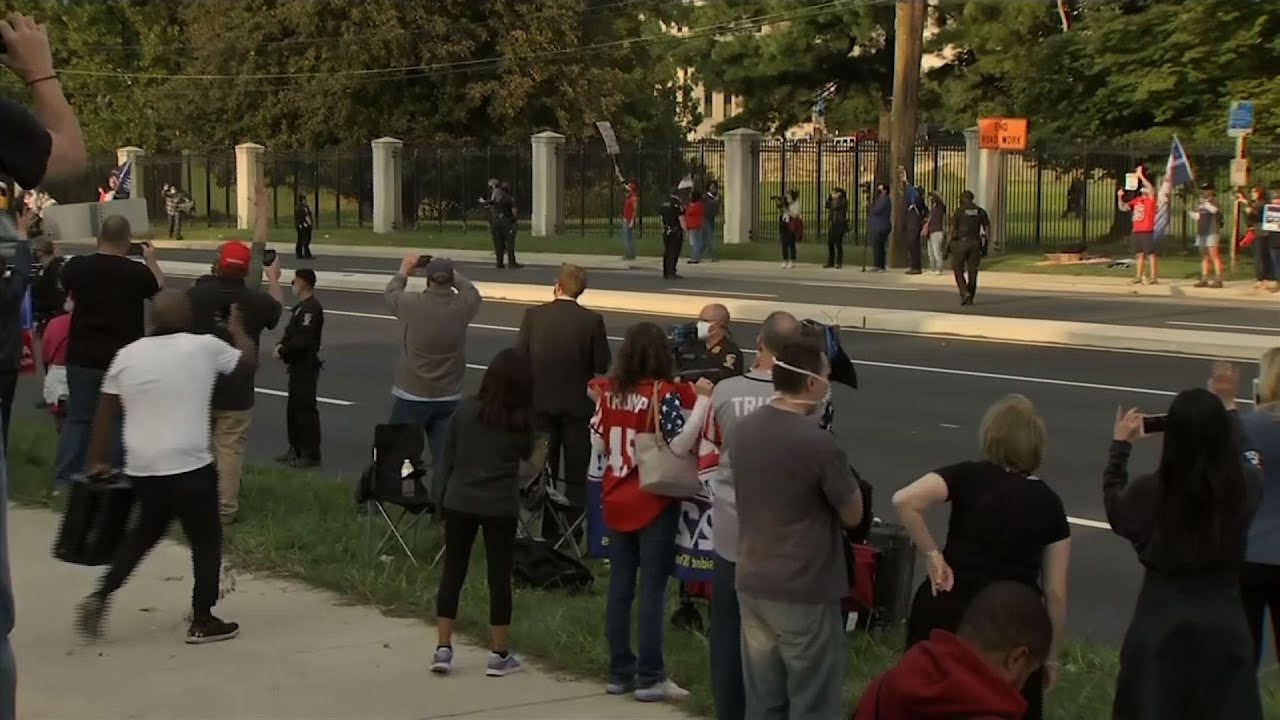 It was unclear how long Trump would remain in isolation at the White House. According to the Centers for Disease Control and Prevention, those with mild to moderate symptoms can be contagious for as many — and should isolate for at least — 10 days.

On Sunday afternoon, Trump briefly ventured out of the hospital while contagious to salute cheering supporters by motorcade — an outing that disregarded precautions meant to contain the virus.

White House officials said Trump was anxious to be released after three nights at Walter Reed National Military Medical Center, where doctors revealed on Sunday that his blood oxygen level had dropped suddenly twice in recent days and that they gave him a steroid typically only recommended for the very sick.

Trump “is ready to get back to a normal work schedule,” White House chief of staff Mark Meadows told Fox News.

Trump’s experience with the disease has been dramatically different from most Americans, who do not have access to the same kind of monitoring and care. While most must cope with their symptoms — and fear of whether they’ll take a turn for the worse — at home and alone, Trump has been staying in the presidential suite of one of the nation’s best hospitals. He has a team of doctors at the White House, 24-hour monitoring, and has been given experimental drugs not readily available to the public.

Less than one month before Election Day, Trump was eager to project strength despite his illness. The still-infectious president surprised supporters who had gathered outside the hospital, riding by Sunday in a black SUV with the windows rolled up. Secret Service agents inside the vehicle could be seen in masks and other protective gear.