Gray Television and Tegna have found that the benefits of using videos and photos generated by viewers include higher audience engagement, the ability to expand coverage without increasing staff and gaining access to footage for an incident that a reporting team couldn’t cover. Viewers need a simple way to submit content — and transfer rights — to the broadcaster.

Vendors are solving the problem by providing a gateway from the contributor to the broadcaster that requires the contributor to assign use rights to the broadcaster. Users can send the content from their phones via upload forms on a website or in an app or via text message, depending on the vendor, and the content slides into the station’s workflow.

But the communications can go both ways, with broadcasters sending push notifications to potential contributors geo-located near breaking news. Broadcasters are also finding that they can monetize certain types of user-generated content (UGC).

Gray is using UGC not just for hard news and weather, but also for the lighter side of life, says Brandon Omohundro, the company’s VP, digital operations. UGC provides visuals for the stations to show what’s going on in the viewing area even if crews aren’t or can’t be in the area, he says.

When a pipeline exploded in Kentucky, “people who lived in the area were able to capture it, but we would never have had those visuals without that user-generated content,” Omohundro says. 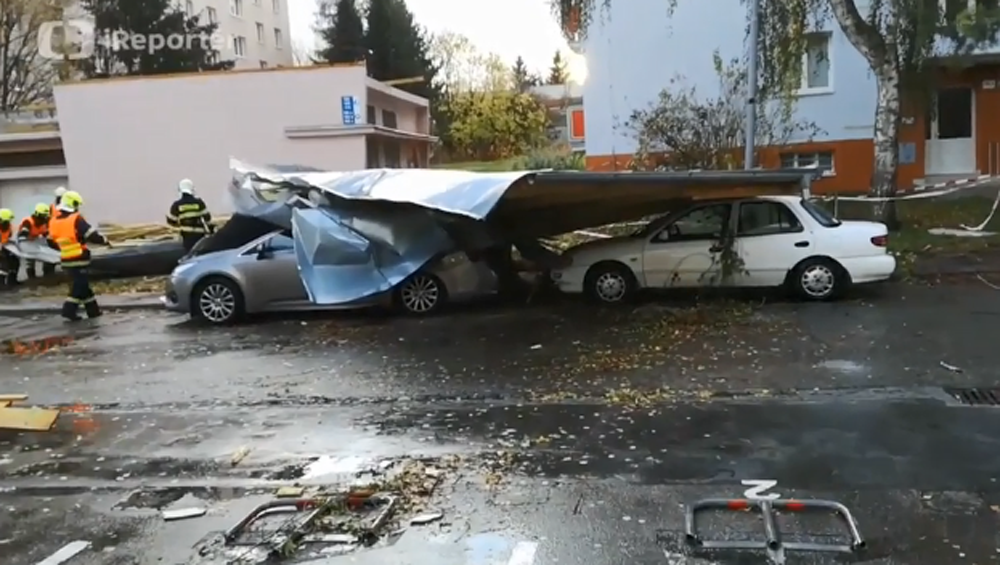 During Storm Herwart in 2017, Czech TV received more than 500 videos a day from users using the iReporter app.

An added benefit, he adds, is that crowd-sourced content tends to be more real time. And the amount of UGC coming into Gray is growing. “We have seen quite a large increase in user-generated content over the last year,” Omohundro says.

At the same time, Gray stations have showed growth in views and subscriptions. “I think there is some correlation between the uptick in views and user-generated content,” he adds.

Adam Ostrow, chief digital officer at Tegna, says viewers want more local relevance in the news, and they want to know more about what’s happening “on the street or in the neighborhood. Doing that isn’t easy. We can’t do that by hiring a ton of reporters to cover every single neighborhood in our DMAs.”

But Tegna stations can tap into viewer enthusiasm to share what they’re seeing.

“The audience wants to contribute,” Ostrow says. “They want to share what’s going on in their communities. They’re excited when we share what they shared with us.”

Additionally, technology helps viewers to find the stories that are relevant to their location. The Tegna app includes a “Near Me” feature that allows viewers to more easily find news about their area. “Users of the app are spending a lot of time in the ‘Near Me’ section of the app,” Ostrow says.

Making It Easy For Viewers

While Gray accepts content via social media tools like Facebook and Twitter, “it’s a more passive way of gathering content” and it can take a while to contact the source and get rights paperwork signed and returned, Omohundro says. Upload forms like those in Gray’s app and the websites are preferred because submission of the content is contingent on rights being assigned to the broadcaster, he says. “It’s much more streamlined.”

Related Story  'Who's the Boss?' Gets Reboot With Tony Danza, Alyssa Milano

Gray viewers can submit UGC through upload forms in station apps, on the station’s website, or embedded in stories. “If there’s content a user wants to provide, we try to make it easy for them to find where to provide that to us,” Omohundro says.

Burst is a white-labeled behind-the-scenes technology partner that provides the upload forms for Gray, and once the content is submitted it becomes part of Gray’s workflow. 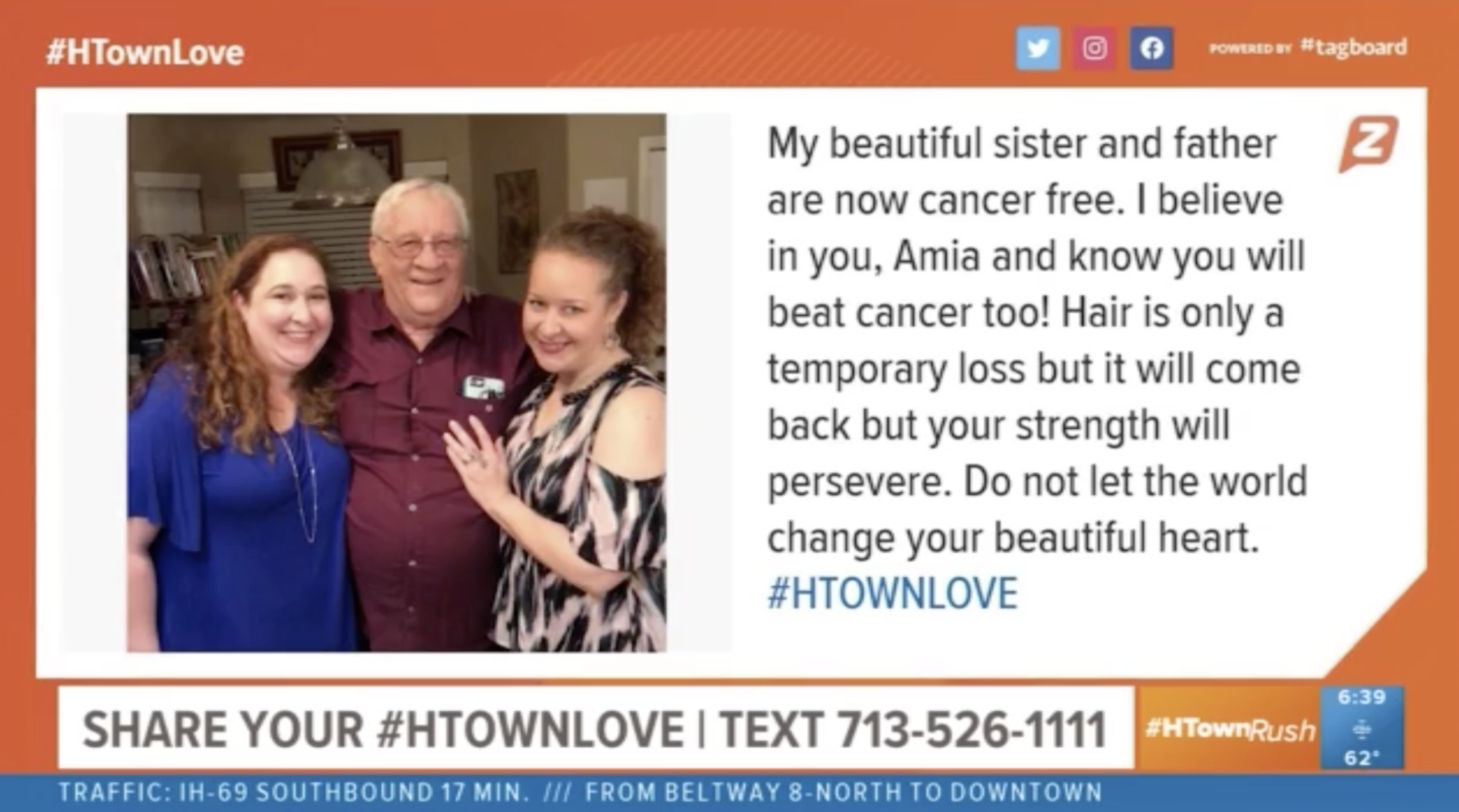 Stations are prompting viewers to text in heart-warming content via Zipwhip and organizing them by keyword (like #HTownLove), then displaying on screen.

Tim Graves, Burst co-founder and SVP strategic partnerships and business development, says Burst makes uploading content “one-click simple” for users while automatically ensuring rights and permissions for all incoming content have been assigned to the broadcaster.

Metadata is quickly appended to the uploaded content, and curation tools are becoming more automated, Graves says. The tools are using artificial intelligence and machine learning to help detect content that’s not safe for work, he adds.

It’s also possible to group content, such as “show me all the stuff in the weather bubble that has lightning or snow or rain” and select the best content, he says.

“To some degree there is a smell test,” Omohundro says. Some images, for example, tend to go around, particularly ones of strange weather, and a human curator may know the image is not current, he says.

“In a lot of cases there’s no way to know this user took this picture of this lightning at this time,” Omohundro says.

The broadcaster avoids “falling into an area where it’s obviously fake or it would be problematic if it were fake,” he says. Sometimes, though, as with the pipeline explosion, the broadcaster is receiving a lot of content from various users that “all looks the same, it gives a sense of validation to get the same images from multiple people.”

Tegna opted to build its own means of accepting UGC via its app and text messaging, rather than using social media, which “has become a challenging place” for reporters to interact with the audience, Ostrow says. “Having our own user-generated content tools has created a much safer space” for the newsrooms and the audience.

Every Tegna station has a phone number that allows users to text in photos, videos, questions and story tips.

“That’s gone incredibly well for us,” Ostrow says, noting 300,000-400,000 text messages a month were coming in from users during the peak of media interest in COVID coverage. “It’s still a huge source” for videos.

For text messaging, Tegna works with Zipwhip, which integrates with tools like Tagboard.

Tegna is “hitting it out of the park,” says Scott Heimes, Zipwhip’s chief marketing officer. “They’ve had tons of engagement” with over 3 million text messages sent and received since implementing the software.

When it comes to UGC, Heimes says, “you’re setting yourself up for failure” if the strategy relies on asking the viewer to do something that requires extra effort. The “beauty of texting” is that “everyone does it and there’s no extra effort required.”

Users of Gray Television’s WKYT app can submit videos and photos through a button on the lower right-hand side of the screen.

“They know that we’re listening, and that’s good from a brand-building perspective,” he says.

Tegna also accepts UGC through the new mobile apps released earlier this year. Once the content is submitted, it enters the Tegna 1 content management system for automated moderation. Those algorithms typically catch “stuff that is clearly malicious” but a person ultimately looks at the content and decides its fate based on a set of best practices and a checklist of what to publish and what to reject.

“I can look at the geomap, see where my users are, and select a specific user or group of users based on the location and send a push notification” asking them if they could shoot video, Sudduth says.

iReporter, envisioned to be a source of content not just into Octopus but other newsroom systems as well, is a simple app, he says.

“They open it and record video and audio. They’re forced to hold the phone in the proper orientation or it won’t record,” Sudduth says.

When the user signs up to use the station’s mobile app, they agree that hitting send will transfer all the user rights to the station they’re sending it to, he says.

“Every television station and every sports league we’ve talked to about this has been very concerned about user rights,” he says.

iReporter has been in use with Czech TV for several years, although Octopus just commercialized the product in late October.

“Most (users) are covering events that there’s no staff in Czech TV to cover. It’s unique content that they couldn’t cover themselves, but they get all the rights to it,” Sudduth says.

During Storm Herwart in 2017, Czech TV was receiving more than 500 videos a day, compared to the average 350 videos per month, Sudduth says.

And while UGC makes it possible for broadcasters to obtain content that they would have otherwise missed, it’s also opening a new potential revenue source, Graves says.

“This is a newer, evolving piece of this, the ability to monetize softer categories, like pet of the week,” he says.

People who have submitted content can be sent an email thank you, perhaps sponsored by a local dentist, with a link to the gallery containing the UGC, he says.