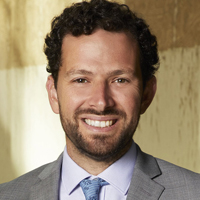 “Andrew has been instrumental in the growth and stewardship of Hearst Television’s best-in-class digital offering,” said Hearst Television President Jordan Wertlieb. “He has led the development of new storytelling formats, such as our Stitch, ‘Dispatches from the Middle’ and ‘Field Notes’ content products found on digital and social platforms; he expanded our reach through social channels such as Instagram, Facebook Watch and Flipboard TV; and he collaborated with our station news teams to add a valuable digital dimension to our important company-wide initiatives.”

Related Story  Toobin Suspended By The New Yorker, Steps Away From CNN

Fitzgerald previously served for more than five years at Twitter. While there, he built Twitter’s global curation team responsible for Moments, Twitter’s curated stories about what’s happening around the world; he also served as head of news partnerships overseeing Twitter’s relationships with some 30 news organizations and executed content strategies around major events such as the Super Bowl and the Olympics. His TED Talk “Adventures in Twitter Fiction,” which explores how the craft of storytelling has evolved along with the advent of new mediums, has been viewed more than a million times.