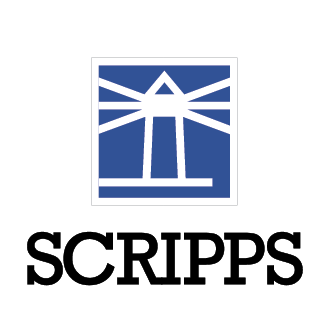 Dan Perschke, 41, assistant controller, has been appointed vice president, controller. In this role, Perschke will be responsible for the company’s accounting systems, internal accounting controls, financial reporting and related accounting management. He joined Scripps in 2008 as a senior analyst of financial reporting. In 2015, he became the finance business partner for the Local Media division, and he became vice president, assistant controller in 2018. He began his career as an auditor with PwC.

Rebecca Riegelsberger, 41, vice president of tax and treasury, has been appointed treasurer, vice president, tax, with responsibility for managing the company’s cash flow and debt, minimizing financial risk and overseeing all aspects of the tax function. She also will have oversight for financial investments, liquidity and capital growth and allocation.

Riegelsberger has been with Scripps since 2015, serving as vice president of tax before her role was expanded in 2017 to also include treasury operations. From 2009 to 2015, she was tax manager, then tax director for Scripps Networks Interactive. Riegelsberger began her career as a tax analyst at Duke Energy.

Perschke and Riegelsberger will report to Lisa Knutson, executive vice president and chief financial officer, and to the new CFO when Knutson takes the role of leader of the new national networks business at the close of Scripps’ Ion Media acquisition.

Lyons earned a bachelor’s degree in accounting from University of Dayton. He is a certified public accountant and a member of the American Institute of Certified Public Accountants.

The promotions are a testament to the company’s focus on leadership development, said Adam Symson, president and CEO.

“Both Becky and Dan will bring invaluable expertise to their new senior leadership roles as they assume increased responsibilities for the company’s financial stewardship,” said Symson. “I am confident each will play critical roles as we continue on the path to become a larger and stronger Scripps.

“Doug has been a steady and trusted hand at the senior most level of this company for decades. His financial expertise, leadership and deep media experience have helped shape the Scripps story, and I look forward to working with him as we navigate the opportunity ahead.”