Twitter and Facebook have quickly become one of the basics of TV news. Faster and easier than blogging, which industry watchers say is becoming increasingly passé, and more personal than station-run websites, social media has become so important that stations are investing in training talent to use them and, in some cases, mandating it.

Amy Wood, an anchor at WSPA, Media General’s CBS affiliate in Greenville-Spartanburg, S.C.-Asheville, N.C. (DMA 37), carries on a daily, near round-the-clock conversation with viewers via social media, calling it off only to sleep between, say, 2 and 7 a.m.

With more than 20,000 Twitter followers, and around 100,000 on Facebook, Wood combs hundreds of sources, tweeting and retweeting a steady stream of news and information throughout the day. Followers even get birthday greetings. “I feel like my own personal wire service,” Wood says.

In Chicago, Nancy Loo, a reporter at Tribune’s flagship WGN, is just as fervent a devotee to “connecting on as many social media platforms as I can.” Last week, Loo’s on-air story about the nearly complete recovery of a seven-year-old shooting victim was “liked” 704 times and shared 26 times within five hours of being posted online for her 312,000 Facebook subscribers. She tries to answer every tweet she gets.

With that kind of all day, everyday dedication, Wood and Loo are among the growing corps of TV news pros convinced that social media are vital not just for disseminating news, but also for forging relationships with the local citizenry. The payoff of those relationships, the social media proponents say, is more viewers and Web visitors, as well as a better sense of what going on around town.

“We have learned our lesson,” says Dana Hahn, news director of Fox O&O WJBK Detroit (DMA 11), who resisted integrating social media into news operations until about 18 months ago. “We really can’t survive now without being in the social media game. It’s a way to reach a lot of people who aren’t watching the 5 o’clock news,” she says.

Faster and easier than blogging, which industry watchers say is becoming increasingly passé, and more personal than station-run websites, social media has become so important that stations are investing in training talent to use Twitter and Facebook and, in some cases, mandating it.

“Social media is indeed the more effective, efficient means of engagement,” says Jaime Spencer, a VP at Frank N. Magid Associates. “Reach can be very significant and this can help anchors and reporters better engage with viewers.”

That only matters, however, when the activity results in bigger audiences, he adds. “The key is to be sure any social media efforts are aligned with strategic goals. Otherwise it’s a waste of effort,” Spencer says. “Who cares if you have 100,000 fans if you’re not using the reach to drive consumers back to your newscasts and website?”

In Chicago, Twitter is paying off for NBC’s WMAQ, which uses the social media platform to share and promote Ward Room, the station’s political blog written by its team of political reporters and a dedicated blogger, Edward McClelland.

Politicos, including Sen. Mark Kirk, Chicago’s city clerk and aldermen are among the 3,800 people who followed — and retweeted — Ward Room’s dispatches from Mayor Rahm Emanual’s inauguration.

After 21 years at WSPA, Wood says she notices the difference social media makes, and claims it gives her a leg up in covering stories that matter to viewers.

“It creates a lot more passion about viewing and the brand in general,” she says. “I have never felt more connected to my audience in terms of what they care about.”

News talent like Wood who embraced social media early typically did so because it was something that they personally wanted to give a try.

Those early adopters, however, have had such positive experiences others are following suit. Stations now are lighting fires under reporters and anchors who are not as gung-ho as some of their peers.

Hahn, for example, requires the WJBK news team to use social media. That is a big change for Hahn who, until November 2010, did not use much social media because she feared it would take people away from the station’s website.

Less than a year and a half after WJBK started actively using social media, Facebook is the second largest referrer to the station’s website, Hahn says. Google is still the largest.

KENS, Belo’s CBS affiliate in San Antonio (DMA 36), provides anchors and reporters training on using social media as part of its commitment to integrate them into “just about everything we do on air and online,” says Digital Projects Manager Jeff Anastasio.

Still, the social media that come from the heart are most engaging, he says. “The digital media staff at KENS spends time with the anchors and reporters to get them going on social media, but we believe it’s more genuine when they run their own efforts.”

It all takes time, which could be a daunting prospect for news talent, particularly when many already have added other digital work to their plate.

Proponents, however, don’t buy it.

“I think a lot of journalists use not having time as an excuse,” says Loo. “It takes 15 seconds to tweet.

“The job has changed, and this is just part of the job now.”

Funny how TV guys will complain all the time about not having enough time to engage viewers on social media. But you see them posting random junk on their personal Facebook/Twitter accounts all day long. Some get it. Some don’t, and that’s okay. But those who want to thrive in this business are going to have to understand that social media is as much a part of the job as writing a vo/sot for the 5pm. The reality is, there are many times more people will see your Tweet or Facebook post than will see your live shot. The more of THOSE viewers you can convert, the more people will watch your pretty face on TV, and then everyone is happy!

Agreed! And, what we will see happen to the social media scene over the next two years will probably blow all of our minds! But, I have to hand it to television stations – they jumped on the web faster than their floundering newspaper competitors did, and look where print is now. Or….can we even see them on the radar at all. Keep up the good work!

As NAB President and CEO Gordon Smith said in Vegas last week at the convention, we have to be able to reach “….all people, at any time, on any device.”

Just wondering why you failed to mention that KABC Los Angeles is the #1 Facebook page and Twitter page for Local TV stations in the country? Seems like an appropriate piece of information for your story.

Watching a show and alos reading “Live Tweets” during it makes it a “3D experience” for me.
Example: Watching ABC’s SharkTank, and reading the live Tweets by the shows’ panelsits is very cool and very magnetic to me as a viewer. I say bring it on. 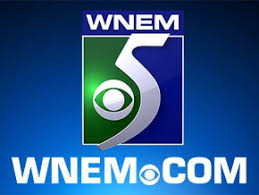