Back to TVNewsCheck Home Print this page
SNEAK PEEK

Ricki’s Back With A More Positive Vibe 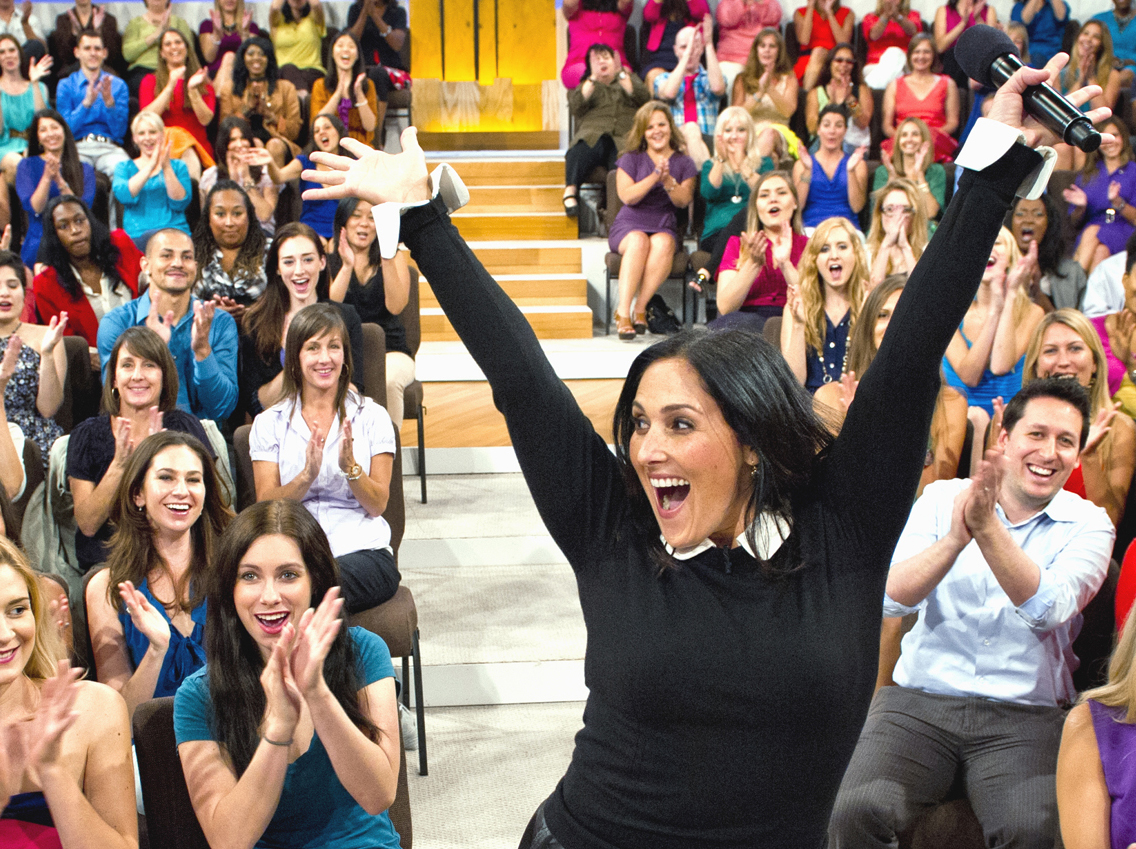 Backed by Twentieth Television, Ricki Lake returns to broadcast syndication next Monday (Sept. 10) with a talk show that is far shorter on conflict and longer of empathy than her original show. TVNewsCheck Correspondent Kevin Downey sat in on one of the early tapings in Los Angeles. Here's his report.

Even before the show begins, the audience assembled for a taping of Ricki Lake’s new talk show from Twentieth Television spontaneously begins to chant, “Go, Ricki! Go, Ricki!”

The chant is an echo of Lake’s original conflict show, which ended an 11-year run in 2004. But this time the shouts and foot stomping aren’t about inciting her trash-talking guests — because there aren’t any. This time, they just seem to want Lake to know they’re happy she’s back.

“When Ricki puts it out there, it’s back and forth with the audience. It’s easy to create that vibe because it’s genuine.”

On this Wednesday in early August, in the second of two tapings at Culver Studios in Los Angeles, Ricki is exploring non-traditional families by talking to a series of non-traditional family members — the step-mom, the two stay-at-home dads, the two gay dads and the woman who is raising her dead sister’s children.

But the large and inquisitive audience is a big part of the show, too. One hundred and twenty five people sit in a big half-circle in front of the stage. They are divided in three sections, divided by two wide aisles that give Lake armed with a large, black wireless mike plenty of room to roam.

Dressed in black, Lake is fully in charge, gently questioning the guests and inviting audience members to comment.

During some commercial breaks — in between booming music and people dancing in their seats — Lake comes out and encourages the audience to shout out questions as the show is taping. And they do.

“The idea is that this is a 360-degree environment,” Kridos said. “It’s not like, ‘We are here. You are there.’ Ricki is so comfortable with people and in the audience, it would be a mistake for us to ignore that. When she talks to people, she is genuinely interested. It’s part of every show to have her out in the audience.”

The set looks like it could be the sitting room in a modern Malibu home — sleek, but not showy. It was designed by Anton Goss, whose other credits include Warner Bros.’ Ellen.

Guests sit on a beige crescent-shaped couch, which sits on a caramel-colored hard-wood floor. Soft purple light provides the backdrop. Scattered around the set are delicate blue, glass accents.

As Kridos says, the colors “very feminine” and “very homey.”

The show, which debuts next Monday (Sept. 10), is cleared in just about every market, including Tribune Broadcasting’ WPIX New York and Fox TV Stations’ KTTV Los Angeles.

Lake tapes two episodes per day a few days a week. In the spring, her schedule will go up to three episodes per day. The schedule sounds grueling. At one point during the taping, Lake storms off stage at a commercial break after a stagehand loudly stomps on set while tape is rolling.

Outside that, though, the atmosphere is light. Lake’s crew and friends sit just off camera, laughing and having a good time.

Producers and distributors of the show are promising a much gentler and more personable Ricki Lake than the one that most TV viewers remember from her first syndication run. And if this taping is typical, she is.

The two gay dads, reality stars Bill Horn and Scout Masterson from Oxygen’s Tori & Dean, talk about raising their two-year-old daughter Simone as she wanders about the set.

At one point, Simone walks up to the coffee table and yanks out a dark purple flower from a vase. She hands it to Lake, who looks surprised and visibly moved by the gesture.

“She’s your girlfriend. She’s every woman,” Kridos said. “She’s a person who you want to sit down and have a glass of wine with.”