Vendor consolidation was one of the most discussed topics at the annual Amsterdam tech conference, although no new deals were announced there. Other hot topics: new products and services based on cloud technology, multi-platform content delivery; social media services; Sony/SES Astra’s 4K demo; and channel-in-a-box.

Against the backdrop of the ongoing European debt crisis and the afterglow of the 2012 Olympics, nearly 51,000 visitors made their way to Amsterdam for the annual IBC trade show. Major themes of the five-day broadcast technology jamboree included vendor consolidation, buzz about new technologies for multi-screen content delivery and social TV, futuristic technology demonstrations, and several important new product introductions.

The broadcast vendor community got a little less fragmented on the first morning of IBC, with a merger announcement by two Norway-based video transport technology providers — Nevion and T-VIPS.

Although no additional deals were unveiled at the show, vendor consolidation was one of the most discussed themes at IBC, and according to statements made by some of the leading vendors, there is potentially a lot more consolidation on the way.

Newly acquired Miranda technologies made its debut as a “Belden brand” at IBC, and Belden EVP Denis Suggs was on hand at the show to meet customers and explain his company’s vision for the broadcast industry, and why they decided to buy Miranda in one of the largest broadcast technology M&A deals in recent years.

In a nutshell, Belden saw the opportunity to acquire a cash-generating company with a top-class management team that’s growing faster than the overall market and jumped at it. Including Miranda, Belden now generates approximately $450 million a year in broadcast-related revenue, making it one of the industry’s largest players, and it appears they are not done doing deals in this space.

Suggs said Belden views Miranda as a platform from which is can further expand its broadcast industry operations, and that it intends to support Miranda’s existing plan for further acquisitions.

Grass Valley CEO Alain Andreoli echoed a similar sentiment at his company’s press conference. He said that Francisco Partners, the private equity firm that owns Grass Valley, has a $3 billion fund behind it and will support Grass Valley’s efforts to become an industry consolidators.

When the dust settles, he said, Grass Valley may not be the largest player, but it will certainly be in the top three. Last year, Grass Valley bought PubliTronic, a provider of channel-in-a-box (CiaB) technology, to gain a larger foothold in the playout market. Expect to see Grass Valley and other players making additional strategic moves that help them enter attractive new market spaces.

But most IBC M&A talk centered on Harris Broadcast, which is currently being divested by its parent company. Although rumors were flying at the show about who might buy the division, its executives were tight-lipped. Harris Broadcast President Harris Morris would only say that the deal is progressing according to plan, and is on track to be completed as soon as the end of 2012.

New products and services based on cloud technology, multi-platform content delivery and social TV services dominated many demonstration and hallway conversations at IBC, particularly in the “Connected World” pavilion, where dozens of new and established firms displayed a host of products aimed at securing a place in this emerging ecosystem.

Despite the enthusiasm of vendors, many buyers publicly and privately expressed caution about the technology.

Critics of cloud technology cited immature technology, bandwidth limitations, security, and an unproven business case as barriers to its adoption. Likewise, broadcasters and content owners expressed concern over the “disconnect” between the desire of end-users to receive and consume video content on an ever-increasing number personal devices, and the ability of broadcasters to create sustainable and profitable multi-platform business models.

Cloud-based discussions at IBC ranged from real-world case studies of how EVS helped broadcasters set up private clouds to facilitate remote production of the Euro 2012 soccer championships and London Olympics, to practical solutions from Signiant and Aspera for managing the delivery of file-based content over IP-enabled and cloud-based infrastructure, to new solutions for cloud-based video production.

Cloud-based production is an emerging trend, but initiatives such as ‘Adobe Anywhere’ initiative will prove to be a catalyst in this area. Taking cloud-based production to the “next level” are new firms like VC-backed start-up A-Frame, which is building from the ground-up a complete cloud-based video production environment that marries the experience of broadcast and post-production experts with forward-thinking IT-based software experts.

On the multi-screen front, Ericsson introduced its first encoder based on HEVC/H.265 compression technology. The company says that its HEVC implementation offers the potential for users to reduce bandwidth by up to 50%, thereby enabling more efficient delivery of content over multiple platforms, including mobile networks.

Harmonic unveiled a new version of its ProMedia transcoder, aimed at enabling its customers to deliver an integrated multi-screen experience to their subscribers. Harmonic also introduced new members of its senior management team: CMO Peter Alexander, and CTO Krish Padmanabhan, who recently joined the company from Cisco and NetApp, respectively.

Noticeable by their absence on the Harmonic booth at IBC were the familiar Omneon and Rhozet brand names, which have now been absorbed into Harmonic. “Harmonic is a branded house, not a house of brands, and our singular focus is delivering excellent video quality to consumers everywhere,” said Alexander.

The Sony/SES Astra demonstration of live delivery of 4K images over satellite drew a lot of attention.

For many years, 4K images have been trade show “eye candy” for visitors, but at IBC 2012 Sony and SES showed that technology exists today to transmit high quality 4K images over satellite at a manageable 50mbit/s using h.264 compression technology.  The stunning live video images were delivered via an SES satellite to an 84-inch Sony Bravia 4K display.

The demo prompted speculation that 4K will be the “next HD” in terms of consumer adoption and broadcast infrastructure upgrades. Other observers took a more practical approach, saying that the industry might see 4K being used as a high-end production format in near to mid term, but that it will be a long time before broadcasters who have already spent millions on the transition to HDTV decide to upgrade again to 4K.

Indeed, when it comes to broadcast infrastructure upgrades it is operational efficiency, not higher resolution, which appears to be the primary demand of broadcasters. Thus, many vendors at IBC were promoting solutions designed to help broadcasters transition their operations to file-based and IT-oriented workflows.

One of the ongoing initiatives in this area has been the development by a large number of vendors of integrated IT-based playout technologies, more commonly known as channel-in-a-box (CiaB).  These systems offer the promise of increased operational efficiency and significant cost savings through the integration of previously disparate playout and master control functionality into a single IT-based platform. Over the past several years, major vendors including Grass Valley, Miranda, Snell, Harmonic, and Evertz have offered products.

At IBC 2012, Harris became the latest entrant into the market with the launch of Versio, a CiaB system based on several of the company’s existing technology platforms including the Nexio server family, ADC automation, and Inscriber graphics.

When describing the new Versio product at the company IBC press conference, Harris Morris said the No. 1 requirement for automated IT-based playout systems is reliability, and that this is an area where Harris Broadcast excels. Morris also emphasized that CiaB platforms rely heavily on automation technology, where Harris Broadcast is an established leader, making the company a natural choice for broadcasters considering integrated IT-based playout.

Although Harris Broadcast touted the fact that their Versio platform is based on the company’s existing technology platforms, it stopped well short of saying that the new system is a direct replacement for its current products, particularly its popular Nexio server family.

Instead the company described Versio as a robust cost-effective way for broadcasters to quickly add new services and digital subchannels channels, and to provide backup in emergencies.

“Channel-in-a-box should be about opening up new possibilities rather than limiting how a broadcaster can operate across multiple on-air scenarios,” said Andrew Warman, senior product manager at Harris Broadcast. “It’s limiting to look at channel-in-a-box as a system replacement for servers, automation, and other play-to-air systems. Broadcasters need freedom to build appropriate workflows for their operations, including external components.”

However, other vendors clearly see the CiaB market differently, and have taken a very different approach than Harris Broadcast, especially those without an existing playout server business to protect.  Snell Chief Architect Neil Maycock said that his company’s ICE platform is “ready for prime-time.”

Maycock also said that ICE has a unique architecture that enables it to scale from a single channel implementation, through a multi-location centralcasting model, to a large multi-channel playout environment.

PlayBox CEO Vassil Lefterov said he has built his entire business on disrupting the traditional server-based playout market. “We believe our singular focus on this application is a key advantage,” he said.  “Playbox has thousands of live channels on the air today and is working to re-define playout operations for many of our customers.”

Grass Valley, which like Harris has a significant video server business, took a more pragmatic approach.  SVP and CMO Graham Sharp said that “it’s likely CiaB and other IT-based playout systems may ultimately impact everyone’s server business, so we’ve taken the decision to cannibalize our own products where necessary by embracing IT technology, because if we don’t do it to ourselves someone else will.”

Grass Valley was among the vendors with significant new products. Introductions included a new LDX camera platform that scales from a basic model to a high-end super-slow motion system; a new video server family, and brand new electronics for the Kayenne and Karrera production switchers.  Grass Valley said all its new products feature native 1080p processing, and provide straightforward upgrades via software.

Grass Valley also made bold claims about its future product plans, stating that by 2014 it will have replaced its entire portfolio with all new 1080p, IT-focused products.

GV’s Sharp also hinted at a major NAB 2013 announcement from Grass Valley: “Next year we will introduce a completely new integrated IP-based platform that is totally format agnostic.” he said.  “We believe this new platform will enable a new way of working that we call non-linear production….”

All Grass Valley products, including those launched at IBC 2012, will be compatible with the new architecture, he said.

Sharp concluded GV press conference by saying: “If there is one take-away from presentation about Grass Valley, it’s this: We’re back.”

KHQ Anchor Reveals On YouTube That He Was Fired

No Reduced Bond For KUSA Guard Charged With Murder

Glenn Greenwald Leaves The Intercept, Claiming He Was Censored

Canceled Rose Parade Being Revived As A Benefit Special

Hulu And YouTube TV Vs. Sinclair Sports: When Will It End?

‘The Baby-Sitters Club’ Renewed For Season 2 At Netflix 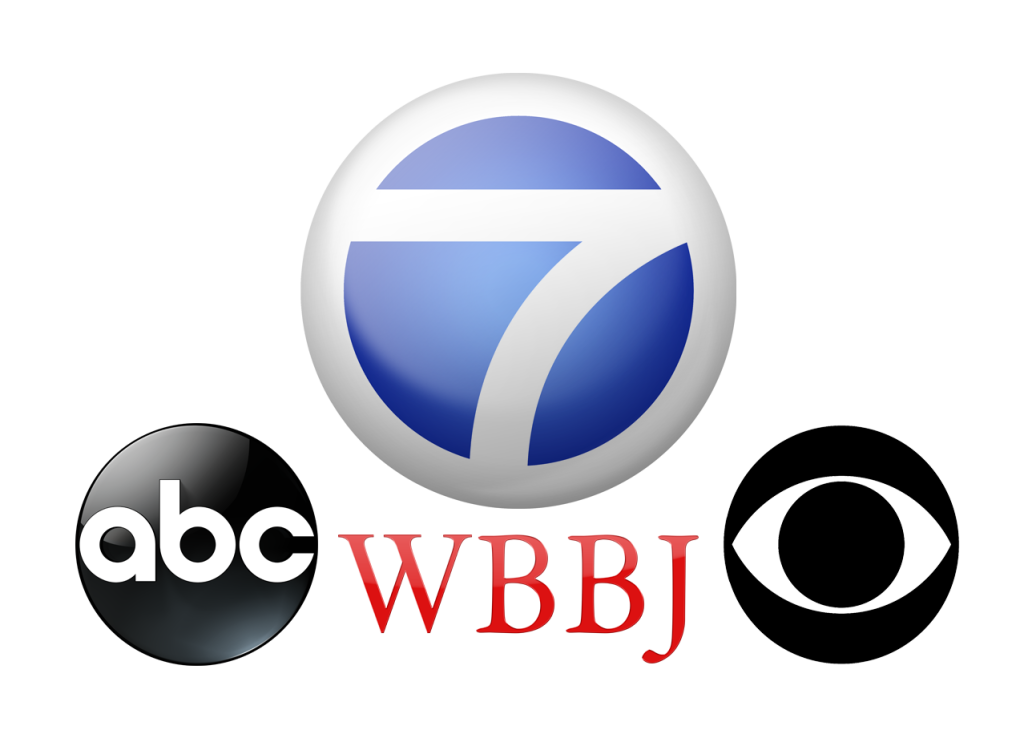 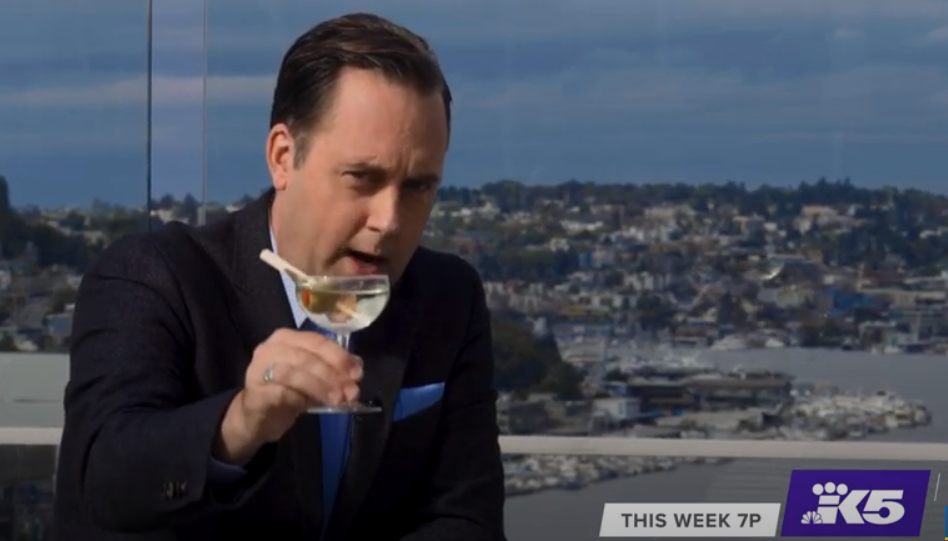 KING Reporter Raises A Glass, And Questions, With Politicians 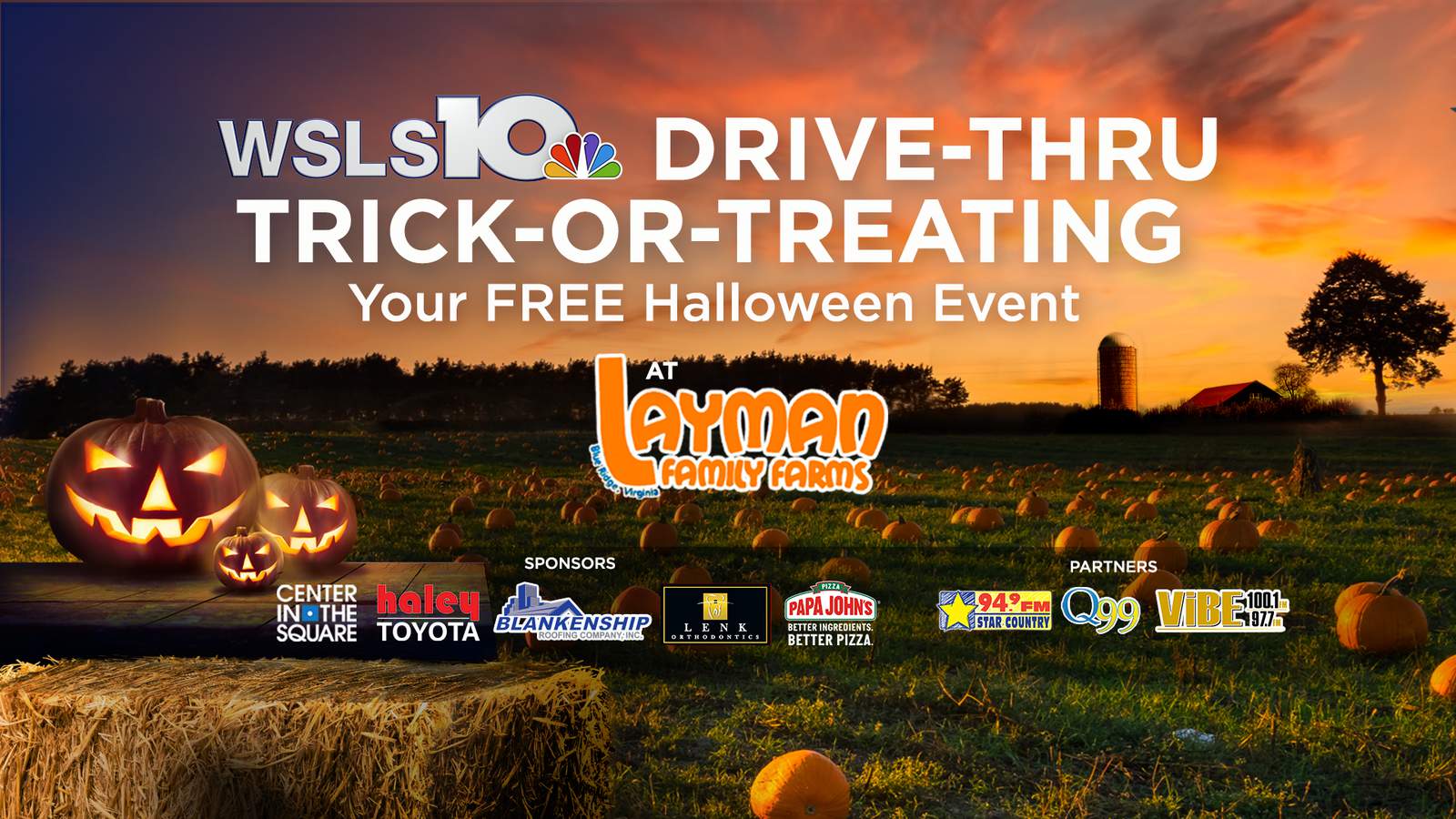 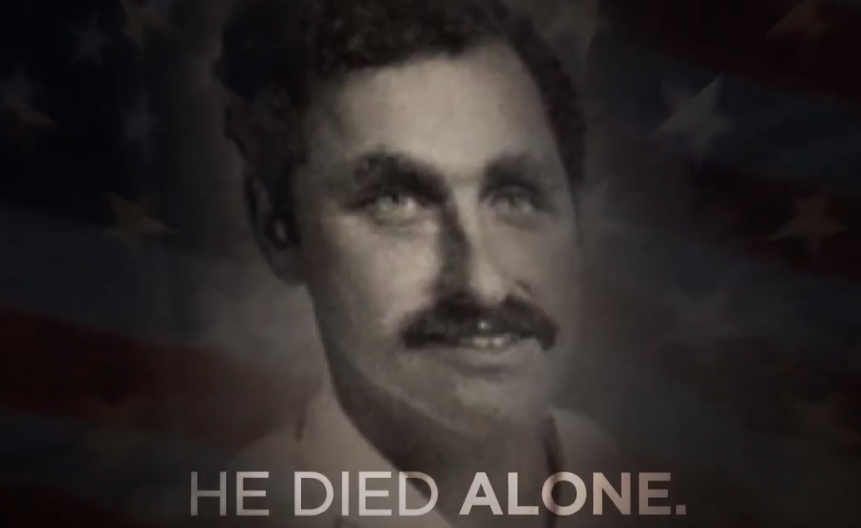