Back to TVNewsCheck Home Print this page
TECH SPOTLIGHT: CENTRALCASTING

Next Up To Enter The Cloud: Centralcasting 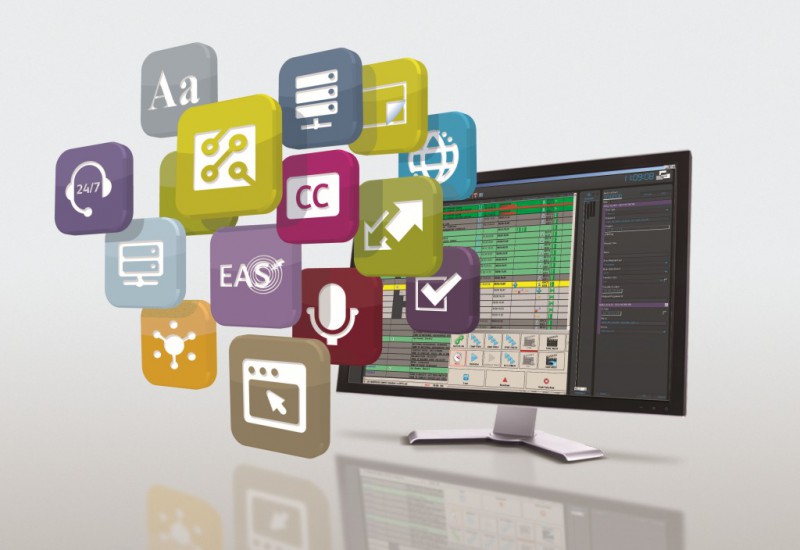 The ability to run master control for multiple stations is the latest operation to begin the move to an IT-based solution. Companies including Florical Systems, Harris Broadcast and Snell are developing products that put everything needed to run stations in the cloud, rather than in a local master control room.

Traditional centralcasting — the combining of master control operations across a station group for the sake of efficiency — could soon be a thing of the past with the advent of IT-based solutions that will let broadcasters monitor and control signals from anywhere with an Internet connection, without the need for a separate facility housing dedicated hardware.

Call it hybridcasting or even cloudcasting, the walls of the master control room are coming down.

“With virtualized hubs, you don’t have to build out centralcasting infrastructure with all of this hardware,” says Shawn Maynard, vice president and general manager of Florical Systems, a TV automation software company. “We’ve been trying to push this concept out in the marketplace, and maybe we were too early in that push, but we’re confident broadcasters will realize there’s some footpath with this concept.”

Maynard may have been early, but he is no longer alone. Rivals Harris Broadcast and Snell are also gearing up to sell products that move capabilities from hardware to the cloud. As a result, they say, it will be easier to add and remove channels and there will be more flexibility when it comes to monitoring and operating channels.

Snell generated buzz at the NAB Show in April with Ice On Demand, calling the virtualized master control the next evolution of channel-in-a-box. Snell is partnering with Fox Networks to test the virtual playout technology, and plans to release a full enterprise version sometime in 2014, says Karl Mehring, senior product manager at Snell.

Harris Broadcast says it’ll be ready to unveil its virtual version of Versio (its channel-in-a-box product) at the 2014 NAB Show.

“We recognize that there’s this complete paradigm change,” says Jason Salyards, Harris product line manager. “Regardless of how you’re running your operation today, we’re heading in the direction where everything you need to run your channel will be hosted in a cloud, either your own or by someone like [Microsoft] Azure.”

Florical’s Maynard says his company is ready today to deliver an end-to-end system called Smart Central that uses a virtual hub instead of a physical hub to feed spoke stations.

“You wouldn’t need a separate facility, he says. “Everyone’s connected and can monitor any of those stations. If it’s something important, like the Super Bowl, individual stations can choose to monitor their channel for that night, and they could do it from anywhere.”

Smart Central’s interface allows operators to pull up all live feeds from the virtual hub and be alerted if something goes wrong with a channel at any of the stations. That operator can then pull up the tools needed to fix that problem, all within the software.

“They can take complete control of any of the channels,” Maynard says. “They can edit, make changes, run operations. We can do that today.”

“There’s more elasticity for companies like Encompass,” says Salyards. “If they get a contract for the Bridal Network, and it goes away, they’re not stuck with infrastructure that’s sitting there dark. This model enables that kind of e-commerce type of platform.”

A popular centralcasting model is the hub and spoke, in which a hub facility controls master control in the spoke stations, typically via fiber optic links. The spoke stations maintain equipment locally so they can take control of their signals if they choose to.

Public television stations in New York and Florida, for instance, kicked off centralcasting endeavors in late 2012 and are now fully onboard. It’s a decision that’s expected to save $25 million in operating costs over the next decade. Virginia’s Commonwealth Public Broadcasting Corp. just announced its intentions to take a similar approach.

While most of those groups’ operations are software-based, there’s still an extensive amount of hardware, including servers for storage, as well as video encoders and decoders.

Virginia Commonwealth, for instance, is using Snell’s ICE channel-in-a-box to operate three of its stations across Virginia, in addition to three other stations that it is contracted to operate. The system is integrated with Myers ProTrack TV and Snell’s Morpheus automation systems.

The difference between this setup and centralcasting’s cloud-based future is the amount of hardware. In a completely cloud-based environment, Virginia Commonwealth would need only generic computers — not dedicated channel-in-a-box computers. And being that it’s hosted in a cloud, a master control operator could access channels from anywhere using a computer, or even a tablet, as applications are developed.

Not all companies are buying into the virtualized hype. Not yet, at least.

Miranda Technologies says there aren’t any real business benefits of simply getting rid of hardware and putting everyone into a data center.

“There might be less infrastructure, but all that’s being done is essentially moving the ball around,” says Scott Rose, director of product management at Miranda. “Your general model doesn’t really change — you’re still centralcasting the way you were before, it’s just that now, everything is housed in a data center that you’re paying for or leasing.

“Miranda does see cloud technology being adopted as a real use, but only when it changes the business model and helps TV stations make money. That’s what we’re working to do.”

The idea of moving master control to the cloud is still a few years off, according to multiple broadcast technology vendors. Several station groups that have invested in existing centralcasting operations have no need to update at this point.

“Everyone’s waiting to see who goes first,” he says. “It could be a few years, it could be five years … but when it happens, we’re going to see this domino effect. It’s going to move fast.”

Ah, remember the good-old-days when you dropped a quad tape and broke your foot….

No, that was before my time lol.