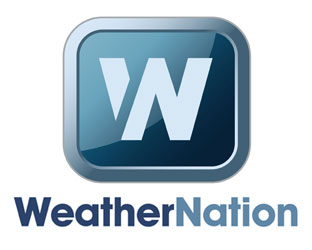 Since Jan. 13, El Segundo, Calif.-based DirecTV has replaced The Weather Channel with WeatherNation TV in a dispute over fees. The dispute has provided a major opportunity for Denver-based WeatherNation TV. Overnight, its distribution jumped from 10 million pay TV homes to 30 million. The newfound attention has brought a new level of scrutiny to its weather reports, some of which plays out on Twitter in less-than-polite terms.

A sudden change in the weather means real money for Paul Falavolito. When a snowstorm rolls in, the chief of a small, non-profit ambulance service in White Oak, Pa., has to keep paramedics in ambulance bays longer. If there’s a break in the weather, he can let idling crews go home rather than paying them overtime.

So Falavolito was outraged last month when he flipped on DirecTV’s replacement weather service, WeatherNation TV. As a swirling snowstorm swept through the Northeast, closing schools and knocking out power, Falavolito watched meteorologist Rob Koch give a seven-day forecast for Los Angeles: Mostly sunny, with highs in the 70s and 80s.

“I was just extremely disappointed,” says Falavolito, 43. “I’m reading tweets about hundreds of thousands of people on the East Coast that don’t have power. WeatherNation was talking about the weather in Los Angeles. To me, it’s very unacceptable.”

Standoffs like the one between The Weather Channel and DirecTV are becoming commonplace as TV content producers demand higher fees from the cable and satellite companies that carry their programming. The higher fees, say pay-TV providers, result in ballooning bills for consumers. What makes the current dispute different is that DirecTV is raising a new argument for the smartphone era: Why pay high fees for weather reports when consumers can get all sorts of free forecasts on their mobile devices?

There are more than a dozen weather apps for smartphones. Apple’s Siri voice assistant can even tell you if you need an umbrella. What’s more, say DirecTV officials, when viewers turn on The Weather Channel, they have a 40 percent chance of catching a reality TV program.

Take Chris Gemmell, a 67-year-old former business consultant who now runs a lavender farm in Knox, Pa., with his wife. When the forecast predicts consecutive days of summer rain, Gemmell doubles his staff to some 20 workers, who dig trenches and drain fields to prevent soon-to-be-soaked lavender roots from rotting. He prefers that the work is done before the downpour, “so you’re not out there in your Wellies.”

On CNN, Gemmell saw the traffic jams in Atlanta that resulted from a sudden winter storm and was scornful of WeatherNation’s “rote manner” of reporting seven-day forecasts around the country.

“There’s no real reason to have the audio up,” Gemmell says. “All the meteorologist is saying is it’s going to be 14 for a high and six for a low in Cleveland. I can read that. Then he’ll move on. There’s no science behind what we should expect.”

The dispute has provided a major opportunity for Denver-based WeatherNation TV. Overnight, its distribution jumped from 10 million pay TV homes to 30 million. The newfound attention has brought a new level of scrutiny to its weather reports, some of which plays out on Twitter in less-than-polite terms.

Its executives take umbrage at the criticism that its broadcasts often are on tape-delay during severe weather events.

“Let me be real clear: We don’t run on a 3-hour loop,” says Michael Norton, president of WeatherNation. If some city forecasts are repeated, it’s because “those models don’t change minute to minute.”

When it comes to severe weather, like the ice storm that turned Atlanta’s highways into a slick parking lot, WeatherNation sometimes relies on local TV station partners like Atlanta’s WXIA-TV for coverage. And sometimes it puts its own boots on the ground.

“During Hurricane Sandy, I had seven crews along the East Coast,” Norton says. “I think there’s a misunderstanding of what we provide.”

Paul Douglas, the veteran meteorologist who founded the precursor to WeatherNation TV in 2008, continues to be the channel’s best-known weatherman. He says the company is trying to balance in-depth coverage of major storms with nationwide forecasts, because “the rest of America sort of feels left out in the cold sometimes.”

“Achieving that balance is tricky but it’s essential and something we take very seriously,” Douglas says.

WeatherNation TV is working with DirecTV to improve its service, and on Monday it enabled a “local button” on subscribers’ remote controls that displays a quick snapshot of the local weather on the TV. A graphic showing weather specific to the ZIP code area will pop up every 10 minutes, starting within a week. And in March, WeatherNation TV will launch a six-screens-in-one coverage platform for weather events that are potentially life-threatening. Viewers will be able to zoom in on the main WeatherNation feed, local broadcast stations in affected areas, live remotes from meteorologists in the field, radar maps, advisories or live coverage from national networks like CNN and Fox.

Since the blackout, The Weather Channel has been running an all-out campaign to shame DirecTV into reaching a deal. Late last week, the company took out ads in newspapers including USA Today, Miami Herald and The Wall Street Journal, accusing DirecTV of breaking promises, dropping channels and at the same time, hiking monthly bills by 3.7 percent. It claims its protest website, http://www.keeptheweatherchannel.com , has had 6.4 million visitors and says that more than 283,000 DirecTV customers have pledged to switch providers due to the blackout.

David Kenny, The Weather Channel’s CEO, says DirecTV picked this fight because the channel is a standalone offering that doesn’t have the leverage of companies that own multiple channels such as Disney or Viacom. The channel can’t give in for a number of reasons, not least of which is that if it acquiesces to DirecTV’s fee-cut demands, it would have to slash rates to its other distribution partners, a prospect that Moody’s Investors Service warned could result in a cut to the channel owner’s credit ratings.

Kenny says he is well aware of the consequences of keeping up the fight, and says the channel remains on track to maintain its audience levels even without DirecTV. It has diversified its business with its own mobile app and makes money delivering its service to airlines and energy traders. And he says that the channel’s reality TV shows like “Coast Guard Alaska” do well in the evenings, but are pulled in favor of live coverage any time serious weather occurs.

“It’s better for us to weather this storm than to cave to a bully,” Kenny says.

Some people think the dispute can prod The Weather Channel to refocus its mission on, well, the weather.

Chris Pawelski, a 47-year-old onion farmer near Florida, N.Y., already uses a dozen weather apps on his phone, and has an insatiable thirst for weather information.

He sees the dispute as helping The Weather Channel refine its focus back on the weather, especially when his livelihood is at stake every time storm clouds appear.

“I don’t want to see ‘Prospectors,'” he says, referring to a reality show about miners who try to dig up and sell valuable minerals. “I want to see if I get nailed by hail. That’s my main concern.”

Anyone that uses a national weather channel for local weather isn’t the brightest bulb in the chandelier.

There is not a single service that will give you local weather and conditions right when you want them.. With all of the Weather Channel’s reality programming, I’ll bet $100 that Paul Falavolito does not get his weather as personalized as he aludes in the article. He’s probably the guy who calls his local news station and asks the weather person exactly how many snowflakes will land on his head from front door to car, or to the minute, when is it going to rain? The Weather Channel’s problem is, it’s fulfilling an FCC mandate that has been put on local stations for years: you have to provide X number of hours of locally-produced programming. But the Weather Channel takes that mandate to do reality programming that personally, a lot of people like me don’t care about. If I want a perspective on Hurricane Sandy, I’ll watch local TV from that region. If I want “When Weather Made History,” I’ll watch the History Channel. I want weather 24-7, not a bunch of boring reality programming. Same with “news” channels like CNN, which should change its name to CIN, the “Cable Interview Network.” Too many talking head interviews and not enough news. The Weather Channel is now the Weather Perspective Channel. Goodbye, Weather Channel and your NBC Universal influence. Good luck to Weathernation. You’ve got a loyal new viewer, because you’re weather all the time. I want it WHEN I want it on MY schedule, not NBC Universal, which peddles those same Weather Channel reality programs to its affiliates. Cantore is a know-it-all, BTW. Don’t preach weather to me, just tell me what’s coming.

I fully agree with newsoldie!

There is NO FCC mandate for local programming on cable channels – which blows your entire premise out of the water.

I have been a DirecTv subscriber since 1994 and I applaud the shift to Weather Nation, 7/24 weather as it should be. The Weather Channel Went to sxxt when NBCU aquired them and at that point went reality on us. To Hell with the Weather Channel! Weather Nation is So Much Better with it’s coverage. GO WEATHER NATION, YOU ROCK!

While I do not disagree that you have a 40% chance of not getting weather info when tuning into TWC, if you had really paid attention you would have realized that this change happened before NBCU took over. Unfortunately, just as MTV found out, the audience doubles when non-music (weather) programming is on when you have a specialized channel. Look at Shark Tank reruns leading CNBC ratings and Fox News Nightime Lineup on Fox News Channel. Of course, if all channels end up being generic instead of specialized, do we really need 100+ cable channels?