WRAL Above And Beyond With Drone Rules 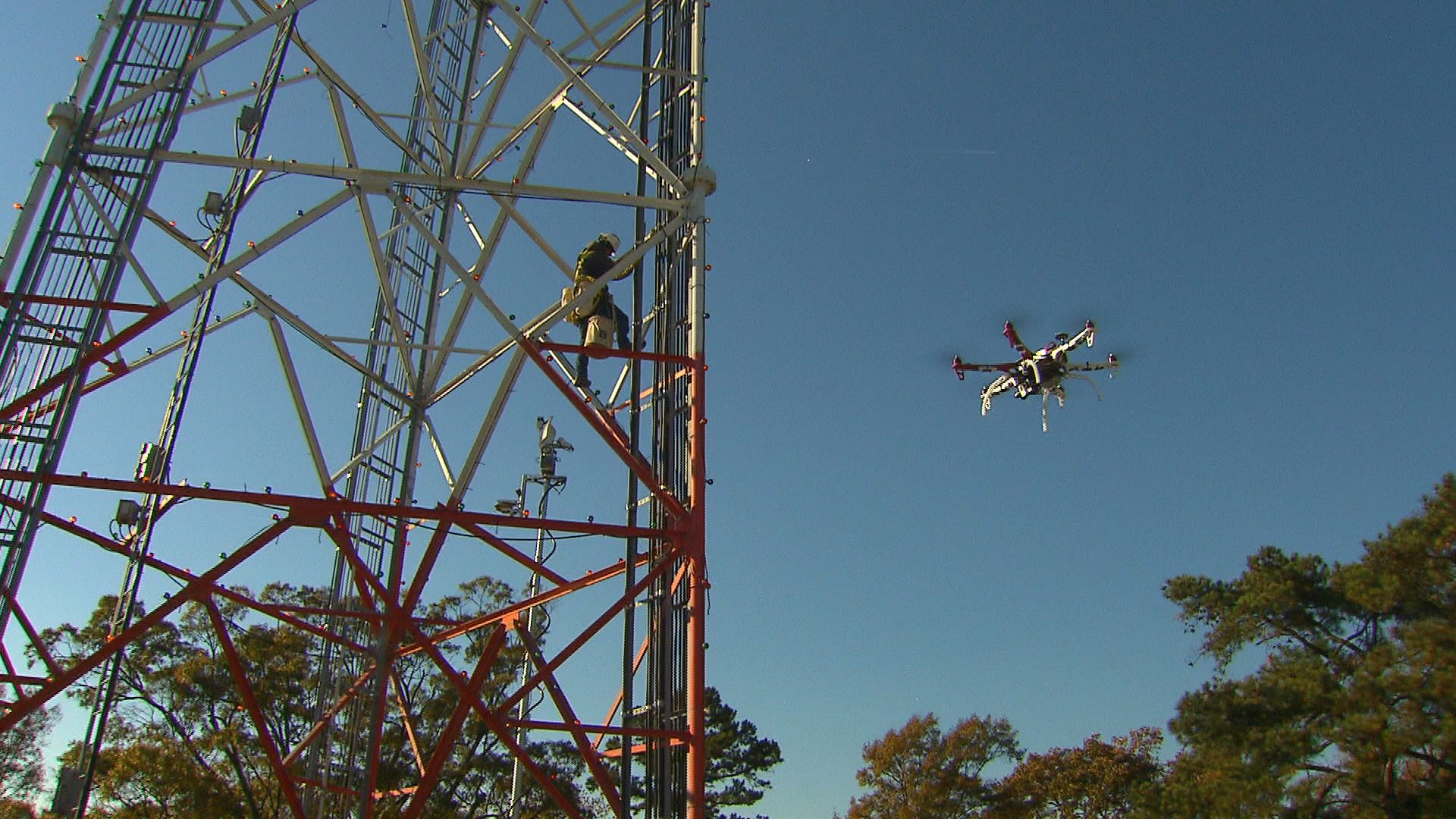 The Raleigh, N.C., CBS affiliate has adopted rigorous standards for drone deployment as it learns how to operate them in preparation for the day the FAA approves their use in newsgathering. The requirements include operator training on par with that needed to acquire a private pilot’s license and following a set of operating rules designed to ensure safety and respect privacy.

Capitol Broadcasting’s WRAL Raleigh, N.C., which made its maiden newsgathering flight of a six-bladed unmanned aircraft system (UAS) two weeks ago to cover the lighting of Christmas lights affixed to its studio-to-transmitter link tower, doesn’t take lightly its responsibility to operate the drone safely or its obligation to protect the privacy of Raleigh area residents, says Pete Sockett, the station’s director of engineering and operations.

But neither is the station going to allow a lengthy FAA rulemaking process on commercial UAS use prevent it from learning how to operate newsgathering drones in preparation for the day when their use in news goes mainstream, he says.

“Admittedly, we didn’t want to stir the pot,” Sockett says. That pot is a set of existing Federal Aviation Administration rules that prevent the commercial use of drones.

WRAL, which did not receive a waiver of FAA rules banning commercial use of drones, is hoping it has demonstrated its resolve to operate the aircraft safely by committing to operator training on par with that needed to acquire a private pilot’s license and by developing its own set of stringent operating rules designed to ensure safety and respect privacy.

“We have faith in common sense,” says WRAL VP-GM Steve Hammel, referring to how the station has gone about preparing for drone use.

“We have taken our commitment to safety and the privacy of the public seriously, but we also take seriously our obligation to serve our community [with news],” he says.

Before deploying the DJI F550 drone for the STL lighting story, WRAL designated a single station engineer to be responsible for flying the UAS, directed him to acquire at least 21 hours of stick time — the same amount of flying time a student pilot needs before soloing in a plane like a Cessna — and required him to record his flight time in a pilot’s logbook, Sockett says.

“Generally every other day over the course of several weeks, I would go out in the evening to a remote beach property where there were very few people at that time of day and practice,” says Tony Gupton, a WRAL engineer with 34 years of experience at the station and the designated drone pilot.

The other part of WRAL’s common sense approach to drone use was the development of a set of strict criteria and a “go/no-go flow chart” to determine how and when the UAS can be used, Sockett says.

“We developed a high-level task force of the station manager, news director, legal counsel and ownership to determine how to go about this,” he says. “In the absence of official direction, we asked ‘How do we do this in a smart, safe way, not doing anything that is wrong in anybody’s eyes?’ ”

The task force started with the rules hobbyists have abided by for years when flying remote-controlled aircraft. Those include things like not flying at an altitude above 400 feet and remaining at least five miles away from an airport.

Then WRAL layered on its own set of rules. They include: not allowing the UAS to be flown for more than six minutes — half the battery life of drone — at any one time; never sending the drone up without the trained pilot in control and a second person acting as a spotter for obstacles, people and traffic; not flying the drone over private property; and only flying during daylight hours.

Finally, the station developed a flow diagram to use every time flying the drone is under consideration. “Our go/no-go diagram starts off with: Are we using it gratuitously, or are we using it to tell a story,” he says. “If no, then it goes through number of questions, such as is it safe, is it over a crowd, is it within line of sight and other yes-no questions — all very black and white.”

The final box on the diagram is whether the use has been approved by the station manager, news director or director of engineering and operations, he adds.

The station has taken this level of care because the FAA has not yet issued operating rules for television stations and other commercial interests for drone use, Sockett says.

Those rules are in the works and aren’t likely to be finalized until next year, an FAA spokesperson says, adding that interest in the UAS rulemaking proceeding is high and that the anticipated large number of comments could delay the final rulemaking.

To date, the FAA has received 167 requests for exemptions to its ban on commercial UAS operation and has granted a handful, including four on Dec. 10, the spokesperson says.

Besides rules for the safe operations of drones, how to protect the privacy of rights of the public without impinging on the rights of news organizations to gather news has also been a concern of regulators and politicians.

This year, North Carolina became one of a few states to have adopted its own law on drone use. As originally drafted, the law barred photographing an individual from a drone for the purpose of publishing or otherwise disseminating the image without that person’s consent.

“That obviously was a major league problem,” says Mark Prak, a Raleigh-based lawyer who has represented the North Carolina Association of Broadcasters for years. “So we added the language that said: ‘This subdivision shall not apply to newsgathering, newsworthy events or events or places to which the general public is invited.’”

Here too, WRAL has put its own rules in place to ensure that it is not violating the privacy of the public when shooting drone footage. “We don’t go over private property,” says Sockett. “We don’t break police barriers. We shoot across them, but we don’t put the drone over the area cordoned off by police.

“We are going to honor all of these rules because we understand those they are there for a reason as well.”

Since flying its drone for the STL tower lighting story, the station has not deployed it again. However, it will consider it for use on a case-by-case basis when newsgathering circumstances require, Hammel says.

In the meantime, the process of deploying the drone has readied the station for the day when the UAS becomes just another newsgathering technology.

“The FAA rules will determine what we do,” says Gupton. “When they come out that is exactly what we are going to do.

“In the meantime we are going to continue to learn and be good at it. If FAA rules allow us to use the drone as a news, sales or promotional tool, we will be ready. If they shut it down, we have plenty of storage.”

Did WRAL break the law or not?