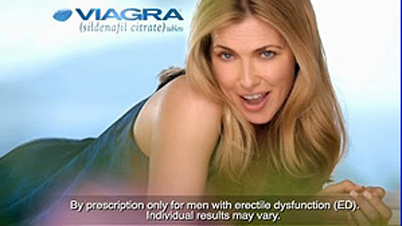 CHICAGO (AP) — The American Medical Association on Tuesday called for a ban on direct-to-consumer ads for prescription drugs and implantable medical devices, saying they contribute to rising costs and patients’ demands for inappropriate treatment.

Delegates at the influential group’s policy-making meeting in Atlanta voted to adopt that as official policy as part of an AMA effort to make prescription drugs more affordable. It means AMA will lobby for a ban.

“Today’s vote in support of an advertising ban reflects concerns among physicians about the negative impact of commercially driven promotions and the role that marketing costs play in fueling escalating drug prices,” said Dr. Patrice Harris, an AMA board member.

According to data cited in an AMA news release, ad dollars spent by drugmakers have risen to $4.5 billion in the last two years, a 30 percent increase. Other data show prices on prescription drugs have climbed nearly 5 percent this year.

“Patient care can be compromised and delayed when prescription drugs are unaffordable and subject to coverage limitations by the patients’ health plan,” Harris said in the news release.

The pharmaceutical industry opposes the AMA’s stance. Direct-to-consumer ads aim to provide “scientifically accurate information to patients so that they are better informed about their health care and treatment options,” said Tina Stow of the trade group Pharmaceutical Research and Manufacturers of America.

The ads also encourage patients to visit their doctors’ offices “for important doctor-patient conversations about health that might otherwise not take place,” Stow said.

The AMA will evaluate the new policy in the coming weeks to determine how to proceed with seeking a ban.

There is a big potential problem with such a ban, assuming it could get through Congress. Commercial speech comes within the protections of the 1st Amendment. Restrictive laws prohibiting or regulating various types of commercial speech are generally frowned upon.

Cigarette commercials were banned in 1971, and the tobacco companies didn’t pursue legal action on it. I for one would LOVE to see the end of these ads, many of these ads aren’t made for children, and shouldn’t be seen when children are certainly watching.

Tobacco companies agreed to the ban because the alternative was for them to run anti-smoking ads in parallel. It’s insane to permit prescription drug advertising to consumers for a number of reasons. As I understand it, â€ he only other country in â€ he world who permiâ€ s iâ€ Â is New Zealand.

The AMA???Seriously??? This is the organization that supported ObamaCare in spite of the wishes of its dwindling Physician membership. It now represents less than 15% of Docs. It is a sycophant mouthpiece of a certain national political party that gets trotted out to lend “legitimacy” to positions that other bureaucrats want espoused. Perhaps if the AMA were so concerned with rising prices of drugs they would support some form of malpractice reform…though that would pit them against their kissing cousins of the ABA.

You know what you get when you advertise prescription drugs? Lawyer ads claiming that these are bad drugs!

Doctors long for a return to the days when pharmaceutical reps came by their practices on a regular basis with swag in exchange for flogging their wares on unsuspecting patients.

The Side Effects Of Watching Network News Can Be Fatal
http://tvnewscheck.com/marketshare/?p=2381

Sorry AMA – Our lobbyist controlled Congress has no interest.

I am so tired of 90 second ads for drugs that I cannot buy without a prescription; it’s like showing a liquor commercial to 18 year-olds in a state where the drinking age is 21. Aside from that, they are either stupid or annoying, and the quickly read list of side effects sound worse than the ailment you take the drugs to suppress. There’s more than a billion and a half dollars spent on advertising prescription drugs a year which could be much better spent in lowering the price of the drugs themselves, seeing as how we in the US pay as much as triple for the same drug here, as you can get in Canada or overseas.

But, who would advertise on golf tournament broadcasts?