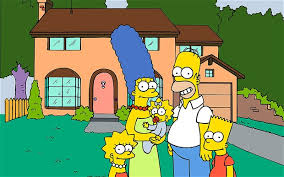 With more than 25 million downloads and support for all of the top 10 pay-TV providers in the U.S., live streaming on Fox.com and Fox Now will be available to more than 98% of pay TV subscribers, representing 96 million homes.

Live streaming will debut tonight, Monday, July 11 (8-10 p.m. ET live/PT tape-delayed), with the first live performance episode of the hit dance competition series So You Think You Can Dance: The Next Generation.

“From the start of the on-demand and over-the-top viewing revolution, Fox has been at the forefront of providing greater access to our buzz-defining shows, like Empire, Lucifer, Scream Queens and Family Guy,” said Dana Walden and Gary Newman, chairmen and CEOs of Fox Television Group.

“Adding nationwide primetime live streams is just another great example of how the Fox Digital Consumer Group, under Brian Sullivan’s leadership, is innovating to give viewers the convenience and flexibility to watch our programming whenever and wherever they want.”

A very important aspect to this story has been left out: One of the very networks (and affiliates) who boast and thump their chest about providing “free” TV service are once again talking out of both sides of their mouths. The streaming service will NOT be free, but available only to paid MVPD subscribers (who ultimately pay retransmission consent to stations/networks). Same M.O. as always…

Are you applying for American Cable Ass. Ted’s job? Cost additional money to stream. Cost has to come from somewhere. BTW, you must pay for internet to stream the programming as well. Perhaps you want Fox to pay the customer’s internet bill as well?

Yeah, I’ll have to check and see if the ACA has any job offerings, though I probably can’t play golf as good as Ted. Maybe Ted could at least send me a free ACA T-shirt or coffee mug since I’m helping him out…

Again, as usual, seems you haven’t paid attention for the last 10 years. That model is broken. Cable TV broke it.

Stop it, we are not stupid!

Clearly you are MacJohn

Also, I’d point out that this probably let’s a little air out of the ATSC 3.0 tire as far as FOX affiliates are concerned. Why would those affiliates use the improved signal propagation of ATSC 3.0 for mobile broadcasting when that would just be competing head to head with the FOX network’s streaming service? (which affiliates will profit from by inserting local ads)

No air out of ATSC 3.0. Resolution/Quality would be better than the stream – AND if watching mobile, would not come out of your data charges. Nice try Ted, errr RidgelineTV.

You are correct on both of those – ATSC 3.0 will supply better quality mobile streaming and would not have data charges. However, we’re really talking about retransmission fees here. Why would FOX network – and affiliates for that matter – want to provide any new service which could affect the bottom line of retransmission fees? If the mobile stream is available for free on ATSC 3.0 that will be a direct competition to this streaming service they just announced – which requires a viewer to pay via MVPD. It doesn’t take a rocket scientist to figure this out.

Again clueless response from the boonies. Much more from ATSC 3.0 than the main channel broadcast.

Leave us alone and stop calling us stupid!

@Insider: I see you’re continuing to show your lack of reading comprehension. My discussion was about how FOX’s streaming via the internet would affect any potential use of 3.0 for mobile. If FOX (and other networks, if they follow suit) constrict online viewing to only authenticated (paying) viewers it casts doubt on whether affiliates would be allowed or want to stream via ATSC 3.0 for free. It’s counterintuitive to create a product which is based on revenue and then decide to give it away for free at a later time using other technology.

Again, shows how out of touch you are with top level discussions.

Disintermediation is a cruel fate.

Sooner or later I think we all knew that the broadcast networks would wrestle control of internet streaming from the affiliates. It was just inevitable. At least local affiliates will be able to sell local ads.

Heck, who cares.? As long as I can see, “So You Think You Can Dance” on my phone, they could sell the whole Fox network to an Australian just pretending to be an American.

Sadly left out of everything is that it requires your cable company to allow live streaming, which Charter doesn’t right now. Really wish the PR Fox put out would have reminded people that TV Everywhere logins are required, so cord cutters are all out of the mix.

mrschimpf, Charter will put that problem on a back burner. For now, they have to deal with their new acquisitions ~ Time Warner Cable and Bright House Networks and have to do a reset on them.

Oh it’s definitely understandable on Charter’s end with the TWC/BH integration (it’s probably in the next retrans coming up). Just grumbling that Fox didn’t mention that not all cablecos didn’t have it ready yet.