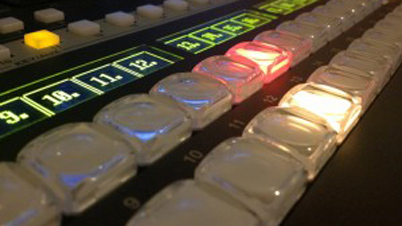 Technology leaders from Hearst, Fox, Gray Television and Nexstar discuss the challenges and opportunities posed by recent advancements in automation and robotics technologies. Among the advancements that are improving station newscasts are templated graphics, consistent newsroom editing, consistent studio lighting and multifunctional workstations.

As a new generation of technology continues to redefine the concept of automation, some newsrooms are finding novel ways to streamline their workflow, distribution, storytelling and more.

Today, technology leaders from Hearst, Fox, Gray Television and Nexstar discussed the challenges and opportunities posed by recent advancements in automation and robotics technologies during day two of TVNewsCheck’s NewsTECHForum in New York.

“The benefit we found with production automation is that we have cleaner, more consistent newscasts,” said Mike Fass, director of production for Gray Television. “As a user, you really get the opportunity to see a newscast before the viewers do, and in a different capacity than you could in a traditional control room.”

Fass, who oversees Gray’s innovation lab, said that automation has been critical in streamlining workflows at a company that’s nearly tripled in size over the past three years. “We built a production workflow that really helped our news departments evolve and grow alongside technology,” Fass said.

He credited templated graphics, consistent newsroom editing, consistent studio lighting and multifunctional workstations in helping ease this transition. “Our thought process was to take advantage of production automation so there’s fewer people in the station and more people in the field,” he added, echoing a point raised at various panels throughout the day.

But for some, the shift to automation can seem like more trouble than it’s worth. Joe Addalia, director of technology projects at Hearst Television, said the station group has chosen to avoid large-scale control room automation, instead focusing its automation efforts on the graphics side. “If we looked at typical control automation, we’re not sure we’d be able to get the same gain” Addalia said. “We try to look at it like: How do we make the stations more competitive and have them not worry about technology?”

Seen from another perspective, automation can provide a degree of freedom to those on the editorial side. Robert Russell, VP of engineering at Fox O&O WTXF Philadelphia, witnessed this firsthand after his station decided to build a new studio for four of its shows. “One of the keys was tying this new technology into our newsroom automation system,” he said. “It really allows the producers and crew to get more creative. They’re not trying to do so much on the fly, because all of that stuff can be pre-built and driven by the automation system.”

But even under the most efficient systems, there will always be situations in which a producer is required to operate on the fly. The unpredictable nature of breaking news, for example, requires that newsrooms have a system in place that can quickly adapt. For many, this is a major shortcoming of production control automation.

But according to Fass, this perception is in need of an update. “What we’ve found is that it’s, in fact, the opposite,” he said. “With a single operator in the control room, we can get on the air faster and we can get on our various distribution platforms faster. The idea here is that it’s streamlined.”

To listen to a recording of this panel session, click here.

Read all about the NewsTECHForum here.

I’m sure NABET loves it.

With all due respect, let’s keep at least a nodding acquaintance with reality here.

The business case for control room automation, templated graphics, producer editing, etc, etc. etc. is clear. Local stations really do need to substitute capital for behind-the-scenes people if we are going to remain viable. But let’s not kid ourselves, this comes a price. The human price is obvious, both for those who lose their jobs and for those who keep them. But the product also suffers. An automated control room is not “nimble”. The product produced with automation is unfortunately often repetitive, mechanical, and static. The graphics produced with templated systems frequently do not communicate clearly, because producers and reporters are frequently not visual communicators. Pieces edited in a producer’s “spare” time are at best wallpapered to fill the time.

Local news has zero viewers in the younger demos. These systems are guaranteed to keep it that way.