After hackers leaked on Sunday several episodes of HBO’s upcoming Curb Your Enthusiasm and, among others, Sunday’s episode of Insecure, HBO says it will not “play” the hacker’s game. In a statement, HBO said, “We are not in communication with the hacker and we’re not going to comment every time a new piece of information is released.” 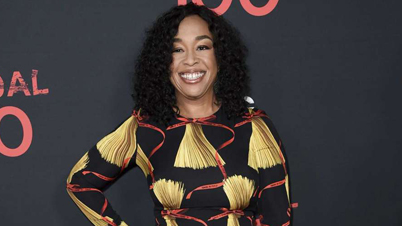 The prolific showrunner behind Grey’s Anatomy, Scandal and more has left her longtime home at ABC Studios for the streaming giant. Under the multiple-year deal, Rhimes and her Shondaland banner will create and produce new projects for the streaming giant. Rhimes’ longtime producing partner Betsy Beers will continue to head Shondaland in the move to Netflix. Under what is said to be a rich four-year pact, Rhimes is expected to score a percentage of the back-end on programming she creates for Netflix.

Time Warner’s HBO last month offered $250,000 to cyber criminals who hacked into its computer system, asking them to extend a deadline for paying a much larger ransom, according to an email reviewed by Reuters. The note said that HBO was willing to make the payment “as a show of good faith,” but needed time to fund an account for sending payments in bitcoin digital currency or obtain account information from the hackers so it could use a conventional bank wire to transmit the funds.

Why You May Miss The Cable Bundle

Disney’s plan for two new streaming services (and possibly more) is just the latest sign that everyone is jumping into the streaming business. All of that will simply add to a cacophony of existing Netflix-style video services that let you watch what you want, when you want. More are probably on their way, as entertainment companies see profits in controlling not only the creation of their films and shows, but also their distribution.

‘Gypsy’ Canceled After One Season At Netflix

ABC, CBS, Fox and NBC are in talks with the Television Academy about a new licensing deal for the Primetime Emmy Awards. The TV Academy has retained heavyweight lawyer Ken Ziffren, who led the previous two negotiations in 2002 and in 2010-11.

Disney’s announcement this week that it will launch two Internet-based streaming-TV services — one for sports and one for family fare — is a declaration of independence from cable and satellite companies that would have subscribers pay for hundreds of channels they may never watch.

USA’s ‘Queen Of The South’ Gets Season 3 Renewal

Ryan Seacrest is expanding his relationship with ABC in a big way. His Ryan Seacrest Productions has signed a multi-year overall deal with ABC Studios. Under the pact, RSP’s scripted division will develop scripted projects exclusively for ABC Studios at all TV networks and platforms, including broadcast, basic and premium cable and on-demand services.

‘GLOW’ Renewed For Season 2 At Netflix

It’s time again for classic cars and chrome. Scripps-owned ABC affiliate WXYZ Detroit (DMA 13) will broadcast exclusive coverage of the Woodward Dream Cruise presented by Ford, on Saturday, Aug. 19, from 7 to 9 p.m. Viewers in cities from Los Angeles to New York also can experience the excitement of what the station calls […]

The Carmichael Show series finale closed out steady in the Wednesday overnight Nielsen ratings. Airing back-to-back episodes at 10 and 10:30 p.m., the first episode averaged a 0.8 rating in adults 18-49 and 3.1 million viewers, up slightly in the demo compared to the last original episode. The second episode dropped slightly to a 0.7 and 2.5 million viewers. Season 3 of the NBC comedy averaged a 0.7 and 3.4 million viewers per episode in Nielsen’s Live+Same Day ratings.

The Television Mind Of Mona Scott-Young

Will Streaming TV Get Crazy Expensive?

Young people are happy to shell out for online TV: Nearly 80% of Millennials said they watch or have access to streaming services, according to eMarketer, a digital research firm. But if other media companies follow the lead of Disney (and HBO and CBS), we could be up to our eyeballs in streaming subscriptions. That could get really expensive really fast.

In the wake of layoffs and the departure of its top executive, the company announced Wednesday on Facebook, “We’re writing to let you know that later this year, Seeso will be shutting its comedy doors.”

Fox did not follow Disney’s lead last night in announcing new subscription streaming services for its content. But CEO James Murdoch told analysts Wednesday that he’s “very open minded about an independently priced, direct to consumer offering and we’re certainly mindful of what we see in the marketplace and how these things are progressing for other firms out there.”

Facebook continues to ramp up its original content with Watch, a platform introduced Wednesday for shows — a new type of shortform video on the social media juggernaut. Mark Zuckerberg’s company calls it a platform for all creators and publishers to find an audience, build a community of fans and earn money for their work.

“I want the humans to be able to hold their own against the strength of the machines.” That was perhaps the most ominous line spoken from the stage at the summer Television Critics Association press tour, and it came not from an actor or showrunner but FX Networks chief John Landgraf. He wasn’t describing the plot of a new scripted drama. He turned to the classic science fiction trope as a metaphor for the situation that he and other cable programming executives now find themselves in as Netflix, Amazon, Facebook, and Apple engage in a “titanic struggle” — Landgraf’s words — for domination in the video entertainment marketplace.

‘Snowfall’ Renewed For Season 2 At FX

NBC’s freshman summer competition series World of Dance saw substantial lift in the Nielsen overnight ratings Tuesday for its season finale. Airing at 10 p.m., the series pulled in a 2.0 rating in adults 18-49 and 8.3 million viewers, drawing its biggest audience in the key demo since the series premiere in May (2.4, 9.7 million). The show also grew 18% week-to-week in both the key demo and total viewers.