The millions of small civilian drones plying the nation’s skies can cause significant damage to airliners and business jets in a midair collision, new research commissioned by the U.S. Federal Aviation Administration concluded. 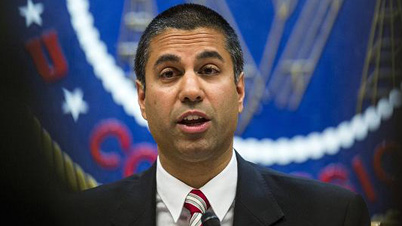 FCC Chairman Ajit Pai said on Tuesday he is proposing rolling back “net neutrality” rules to where they were three years ago, a move he says will not damage online access, as critics have argued. 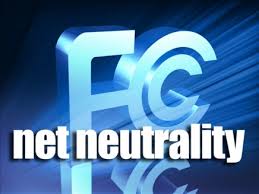 In a release today, the FCC said it was “setting the record straight on Chairman Pai’s Restoring Internet Freedom Order” announced last week.

The trade group told the FCC that “should broadcasters insist on ATSC 3.0 carriage in their negotiations with ACA members … we will not hesitate to present these facts to the commission in a petition for reconsideration.”

After proposing to dismantle net neutrality rules, and setting off a firestorm of criticism, Ajit Pai, the chairman of the FCC, said his family has become the target of harassment.

The FCC on Monday appointed Barbara Esbin deputy chief of the agency’s Consumer and Governmental Affairs Bureau. She will focus on overseeing the Bureau’s Office of Native Affairs and Policy and its Office of Intergovernmental Affairs, concentrating on productive engagement with Native Nations and with state and local governments.  “Communications play a vital role in the […]

President Trump took a shot at the news media on Monday ahead of a busy week that could help determine the fate of his agenda. “We should have a contest as to which of the Networks, plus CNN and not including Fox, is the most dishonest, corrupt and/or distorted in its political coverage of your favorite President (me),” Trump tweeted. “They are all bad. Winner to receive the FAKE NEWS TROPHY!”

How Net Neutrality Would Rock Hollywood

It’s looking increasingly likely that new FCC Chairman Ajit Pai will succeed with his newly announced plan to repeal the Obama-era net neutrality rules insuring free and open access to the internet. But what does this mean for Hollywood and big media companies? Here’s a wrapup of the winners and losers.

One after another, regulators are making moves that underscore just how fast the media industry is changing, putting pressure on Washington to make sure laws keep up. One example: A lot rides on whether the Justice Department succeeds in blocking AT&T’s acquisition of Time Warner. The outcome of that court case could trigger a new wave of media consolidation, or stop new mergers in their tracks.

After a three-day blackout, CBS and Dish Network settled their carriage fee dispute by agreeing to a new distribution deal, restoring CBS and CW signals to millions of Dish customers across the country who went without CBS football on Thanksgiving.

New York Attorney General Eric Schneiderman is investigating what he calls a massive scheme to corrupt the FCC with fake public comments on net neutrality. Schneiderman said in a tweet his office has been investigating a “massive scheme” over the last six months to “corrupt the FCC’s comment process on net neutrality by impersonating 100,000s of real Americans.” 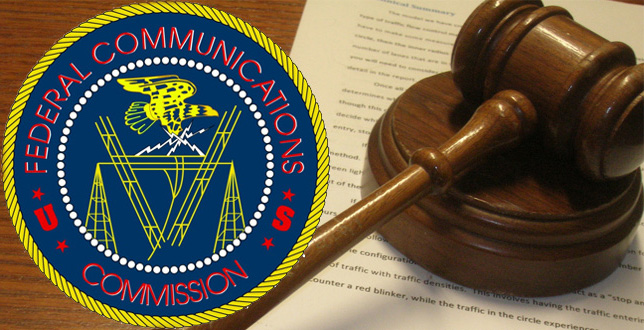 In anticipation of a Dec. 14 vote, the FCC today released the draft of the rulemaking on whether the national ownership cap on TV stations should be “retained, modified or eliminated.” It makes no recommendation, although FCC Chairman Ajit Pai is seen as favoring loosening the cap or eliminating it. With the Sinclair-Tribune merger pending and possibly in mind, the draft asks whether station groups that exceed any new cap should be grandfathered.

At a time of rapid change and consolidation in the media industry, the Justice Department’s lawsuit over the AT&T-Time Warner combination is likely to put a pause on media deals and raise questions about this DOJ’s antitrust standards.

New Allegations Of Misconduct By Rose

A day after he was fired from CBS This Morning, the show reported that three women at CBS have reported misconduct by Rose. The network said one didn’t want details of her accusations made public, and all three requested anonymity.

Journalist On Trial In DC For Doing His Job 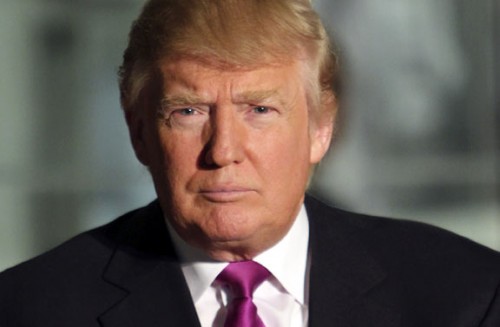 Former FCC Chairman Julius Genakowski, now a partner with The Carlyle Group, is troubled by the Department of Justice’s efforts to block AT&T from buying Time Warner. He says that yesterday’s lawsuit creates “unprecedented uncertainty for media companies” and that AT&T may be coerced into a divestiture that would be “unfair and potentially chilling.”

NEW YORK (AP) — U.S. prosecutors say a member of an Iran-based hacking group tried to extort HBO out of $6 million in digital currency by stealing unaired episodes and scripts of hit shows like “Game of Thrones.” An indictment unsealed Tuesday in federal court in Manhattan accuses Behzad Mesri of hacking into the cable […]

The chairman says his proposed order — to be released tomorrow and voted on on Dec. 14 — would mean “the federal government will stop micromanaging the internet.” In addition, he said, “the Federal Trade Commission will once again be able to police ISPs, protect consumers, and promote competition, just as it did before 2015.”

MINNEAPOLIS (AP) — A group of women who worked alongside Al Franken on NBC’s “Saturday Night Live” have signed a statement of support for the Minnesota senator. Last week, broadcaster Leeann Tweeden accused Franken of forcibly kissing her in 2006. Another woman says he placed his hand on her buttocks while posing for a photo […]

FCC Chairman Ajit Pai circulates a draft of a rulemaking to consider retaining, modifying or eliminating the cap that, with the restoration of the UHF discount earlier this year, now enables TV station groups to reach as many as 78% of TV homes. A vote on the proposal is set for Dec. 14.

21st Century Fox has reached a $90 million settlement of shareholder claims arising from the sexual harassment scandal at its Fox News Channel, which cost the jobs of longtime news chief Roger Ailes and anchor Bill O’Reilly.

After actor Anthony Edwards publicly accused producer Gary Goddard of molesting him as a child four decades ago, a second accuser has come forward to corroborate Edwards’ claim and allege that Goddard also attempted to molest him on multiple occasions.