Sunday’s show, a virtual event because of the coronavirus pandemic, featured a number of highly produced, well-crafted and taped performances. The BET Awards kicked off with Black artists rapping and singing anthems about the Black experience and fighting for equal rights. Among them, DaBaby, with his face pressed against the ground as an officer’s knee crippled his neck — replicating the last moments of George Floyd’s life — rapped a verse from the Black Lives Matter remix of his hit song Rockstar.

Tyler Perry Gets Ahead Of Hollywood With July Production Restart

DJ Khaled, Charlie Wilson, Chance the Rapper, Kirk Franklin, Fantasia and Melvin Crispell III are slated to perform in a special BET show that will assist people of color in dealing with the coronavirus. The “Saving Our Selves: A BET COVID-19 Relief Effort” broadcast special will air April 22 at 8 p.m. EDT. The special […]

‘In Contempt’ Canceled By BET

BET Networks and Tyler Perry Studios have set a Thursday, Sept. 19, launch date for BET+, its new SVOD platform that will feature more than 1,000 hours of premium content. It will cost viewers $9.99 a month.

Viacom plans to launch a streaming service focused on the African-American cable network called BET+. The upcoming service, which will launch in the fall, will feature original content from Tyler Perry, who will be a financial stakeholder in the service.

‘Hit The Floor’ Canceled After Four Seasons At BET

‘The Quad’ Canceled At BET After Two Seasons

As Death Row Records co-founder Marion “Suge” Knight prepares to defend himself at a murder trial, a Los Angeles Superior Court judge has convened an emergency hearing Tuesday morning to discuss an application by two journalists who have been summoned to testify before a grand jury.

Viacom is restructuring BET, and it’s causing some industry insiders to speculate that longtime CEO Debra Lee may be on her way out the door.

Zola Mashariki’s lawsuit claims that Black Entertainment Television, Viacom and its largely male leadership foster a climate in which women are systematically harassed and denied opportunities. Her suit filed Wednesday in federal court seeks an unspecified amount in compensatory and punitive damages for alleged losses including back pay and benefits. 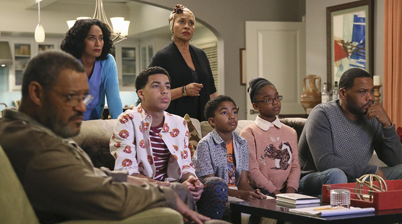 Disney-ABC has completed broadcast syndication sales for the sitcom, which has been cleared in more than 90% of the country with Tribune Broadcasting as the core station group for its launch in fall 2018 when the award-winning comedy also begins airing on FX and BET.

BET programming president Stephen Hill and his top lieutenant Zola Mashariki are stepping down from the network, marking the latest transition in the management of Viacom-owned cable channels.

PASADENA, Calif. (AP) — A roundup of news Wednesday from the Television Critics Association winter meeting, at which TV networks and streaming services are presenting details on upcoming programs: —- Khloe Kardashian says former NBA star Lamar Odom is doing well in his recovery from an apparent drug overdose last year in a Nevada brothel. […]

NEW YORK (AP) — BET is storming out of its corner with its first-ever rounds of professional boxing. The network, which has traditionally programmed entertainment, music, news and public affairs for the African-American audience, , told The Associated Press it has partnered with Roc Nation Sports to air up to nine live, two-hour telecasts of […]

LOS ANGELES (AP) — BET says its long-running music-variety series “106 & Park” is airing its last daily episode next month, then going digital. BET said Friday that the “106 & Park” brand is moving online to BET.com. It will also remain part of the cable channel with occasional specials, including its New Year’s Eve […]

BET To Retire ‘The Game’ After Seasons 8 And 9

NEW YORK (AP) — BET has suspended a producer after a joke about Beyonce and Jay Z’s daughter that aired Monday on the network’s music video countdown show, “106 & Park.” A source at BET, who spoke on the condition of anonymity because the person was not allowed to discuss the matter publicly, said the […]