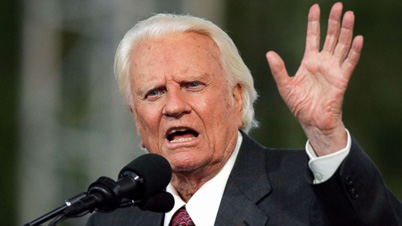 More than anyone else, Graham built evangelicalism into a force that rivaled liberal Protestantism and Roman Catholicism in the United States. His leadership summits and crusades in more than 185 countries and territories forged powerful global links among conservative Christians, and threw a lifeline to believers in the communist-controlled Eastern bloc. Dubbed “America’s pastor,” he was a confidant to U.S. presidents from Gen. Dwight Eisenhower to George W. Bush.