Google will impose some new curbs on ads surrounding child-oriented videos that appear on the main YouTube.com site, but will continue to allow influencer marketing and product placement on the main site.

Pediatricians and consumer advocates are calling on the Federal Trade Commission to investigate practices for collecting online data about children, amid concerns advertisers might be manipulating children with targeted ads.

Ramping up to reach toddlers’ money-spending moms and dads, rivals to perennial favorites like Nickelodeon and Cartoon Network are making new bids to grab young viewers’ attention. Kids are being harvested to lure advertiser interest as part of the annual upfront market, where $800 million in advance ad commitments from toy-makers, movie studios and other kid-oriented advertisers is at stake.

There are limits to how much commercial time can be inserted into television programming aimed at children, and a Max Media’s WMEI Arecibo and WOST Mayaguez in Puerto Rico overshot them by less than a minute — an infraction they’ll pay for. 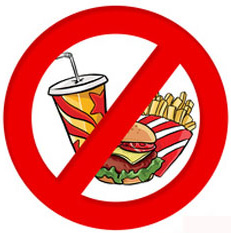 The change won’t take effect until 2015, and analysts don’t see the loss of advertising hurting the overall bottom line at a company that brings in $43 billion in annual revenue. Still, the move signals a turning point in how television is used to market to American children, nearly a quarter of whom aged 6 to 11 are obese, according to a Centers for Disease Control survey.