CBS’s procedural drama Criminal Minds may be aging, but it still has some vigor among DVR viewers. The March 1 episode of Minds posted a 2.2 rating among viewers 18-49 with seven-day DVR playback added in, according to Nielsen. That was up 69%, or 0.9 points, from its original 1.3 live-plus-same-day DVR playback rating.

NBC’s The Blacklist isn’t a top-rated show, but it is a DVR all-star. The Feb. 23 episode of the James Spader drama posted a 1.9 rating among viewers 18-49 with seven-day DVR playback added in, according to Nielsen. That was up 1.0 point or 111% from its original 0.9 live-plus-same-day DVR playback rating. 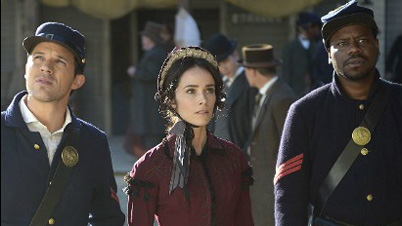 NBC’s first-year drama Timeless isn’t exactly a ratings juggernaut, but it receives more than half of its audience from DVR viewership. That was the case for the show’s Feb. 6 episode, which averaged 6.06 million total viewers with seven-day DVR playback added in. That was up 107% from its original live-plus-same-day DVR viewership of 2.93 million. It was the only program during the week ended Feb. 12 to more than double its audience through DVR playback.

The DVR playback numbers are in for fall TV premiere week’s Monday and Tuesday offerings, and CBS’s The Big Bang Theory as usual got much bigger, while NBC’s This Is Us solidified its position as a breakout hit.

The season-two ender posts a 6.0 rating among 18-49s with seven-day DVR playback factored in, up 1.9 points from its original 4.1 rating.

Five of the week’s seven biggest gainers from seven-day DVR playback air on that night, led by CBS’s Big Bang Theory. Other biggies: How to Get Away With Murder, Grey’s Anatomy and Scandal.

ABC’s How to Get Away With Murder returned from its midseason hiatus with just so-so ratings, but the episode received a huge boost through DVR playback. The Feb. 11 episode posted a 3.6 rating among viewers 18-49 with seven-day DVR playback added in, according to Nielsen, double its original 1.8 live-plus-dame-day DVR playback rating.

The return of the Fox supernatural drama posts an 8.3 rating among 18-49s with seven-day DVR playback added in, up 2.2 from its original rating.

Fox’s Empire still lords over the broadcast TV landscape, topping this fall’s charts with a 7.3 demo rating once Live+7 DVR playback is factored in. The musical sudser’s success is due in part to a meaty DVR bump of 2.3 rating points — the largest absolute gain of any broadcast series.

Where Cable Really Shines: On DVRs

‘Dome’ Breaks Out With DVR Viewing

Ratings for the CBS summer drama are well off from its first season, but the show sees strong growth from seven-day DVR playback.

Premiere week for CBS’s Big Brother was a big one for DVR viewers. All three episodes of the long-running reality competition were among the five most-recorded shows among viewers 18-49 during the week ended June 28, when it kicked off its 17th season.

For its March 4 episode the hip-hop drama posted an 8.3 rating among viewers 18-49 with seven-day DVR playback added in, according to Nielsen, up 43% from its original 5.8 live-plus-same-day rating.

The drama added 6 million viewers with three days of time-shifting, making it the top freshman performer in the adults 18-49 demo with the biggest DVR viewership increase in history.

The Fox drama gets a 32% lift after its football lead-in premiere, topping a 4.0 rating in the key demo. 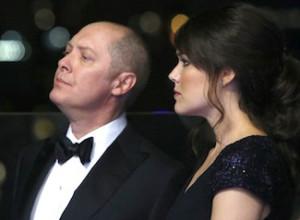 After becoming the first broadcast show to grow by 5 million viewers or more from Live+Same Day to Live+3, NBC‘s hot freshman The Blacklist has set another DVR record, becoming the first broadcast series to add more than 6 million viewers from L+SD to Live+7. And Fox’s New Girl almost doubled its live+SD result, posting the biggest percentage gain in Live+7, 89%, to a 3.6.

What is notable about the start of the new fall TV season, according to network executives, is a surge in not just delayed viewing, but very-delayed viewing.

Networks Should Drop The ‘Blame-DVR’ Stuff

Network executives feel day-after ratings hurt their image because they don’t take into account DVR-juiced viewing that happens in the following days. They want the focus to shift to their numbers that take into account, say, a week’s worth of time-shifted viewing. It will never happen. No network will dare drop out of the night-after publicity game. Makes no sense.

Dr. Phil and Ellen are among some of the talkers to boast sizable DVR improvements after viewers are given a week to catch up — even if those bumps aren’t close to the gains that top primetime programs typically see.

Time-shifting is making up for some of the sharp decreases in live viewing of new shows in week two of the season, based on seven-day playback.

Delayed viewing makes up for some of the declines in live viewership, with some shows up by 60% or more. Modern Family and Revolution see the biggest bumps.

Through the first two weeks of the season, the Nielsen Co. said an average of 4.5 million viewers watched a recording of “Modern Family” after it first appeared on the air. That lifted the show’s viewership from nearly 14 million people who watched it live to 18.5 million. CBS dominated live viewing again last week with 16 of the top 25 shows in Nielsen’s ranking.