Broadcasters are giving new meaning to the phrase “dynamic spectrum access” in arguing that an FCC proposal to free up WiFi spectrum in the 6 GHz band could take away electronic newsgathering spectrum just when a pandemic-sequestered nation needs it most. That came in phone calls last week between National Association of Broadcasting executives and FCC officials.

News crews are always in a hurry, trying to be the first with a liveshot from the latest breaking story. Two critical pieces of gear that facilitate speed of deployment are tripods and battery packs and manufacturers are making pods and power supplies that offer new, innovative tools for news shooters.

Broadcasters are asking the FCC to make sure it protects incumbent newsgathering operations in the 6 GHz midband spectrum it is eyeing for unlicensed use.

How A Backpack Revolutionized Live Shots 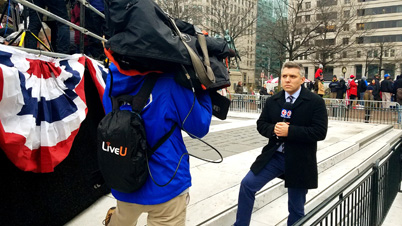 Ten years ago, as he was getting his company off the ground, Avi Cohen wrangled an NBC News executive to a suite at the Renaissance Hotel near the Las Vegas Convention Center where the NAB Show was under way. Cohen didn’t have the money, or credibility, to take out space on the exhibit floor, but he was confident that if just one TV executive saw his product, LiveU, it would take off. 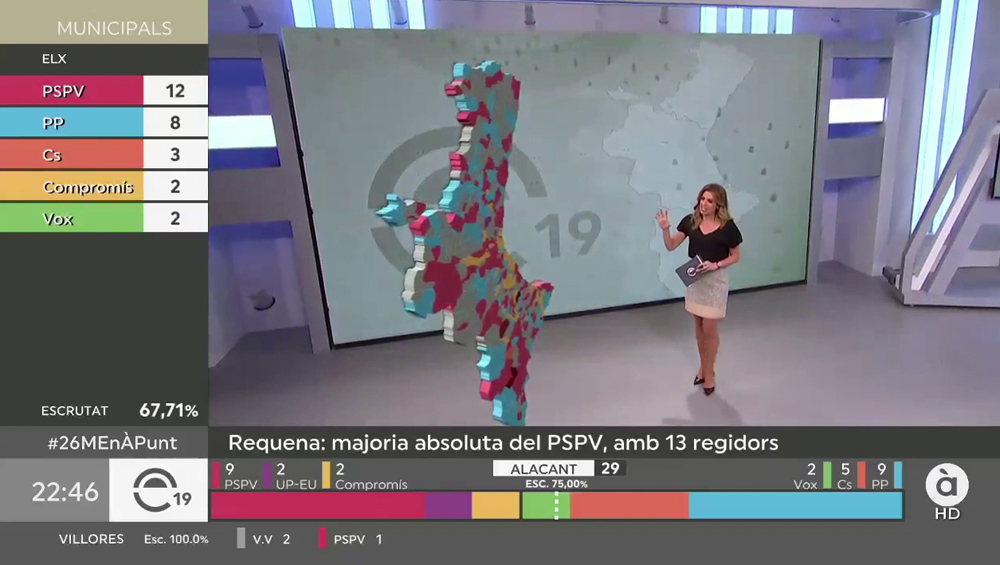 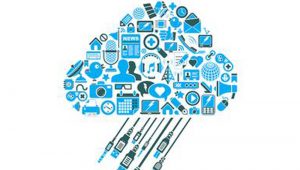 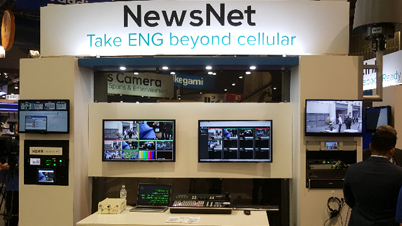 This year’s NAB Show is the first since IMT’s parent company xG Technology acquired Vislink in February. The combined company is tackling how to more closely integrate ENG crews with the newsroom via an IP network set up on BAS channels. Above, at the show, IMT unveiled NewsNet, which leverages BAS channel connectivity and IP networking to extend TV newsrooms to ENG crews in the field.

The bonded cellular technology at the heart of today’s IP newsgathering systems has achieved such a level of maturity that many vendors have begun addressing the finer points, such as how to more closely integrate the workflow of reporters in the field with the newsroom and maintaining network speeds even when working within the confines of a VPN. At the same time, frenemy and outright competitors have arisen and are looking to make headway with stations by offering systems they say will reduce or eliminate ever-rising wireless data bills. Photo: LiveU. Click here to access TVNewsCheck’s NAB 2017 Resource Guide listing of ENG/IP Newsgathering vendors and products or here to download it as a PDF.

For the second year, TVNewsCheck is augmenting its coverage of NAB Show Hot Topics tech trends stories with information that can make your visit to the NAB Show easier. This week’s focus is camera trends (read the main story here). These companion resource guides on the technology covered each week are compilations of information provided by vendors. To download […]

Ten Sinclair stations are already equipped with drones and the personnel to operate them and 35 will get them next year, says Sinclair Chief Pilot Jeff Rose. “Viewers love drones, he says. “They go over really big.” 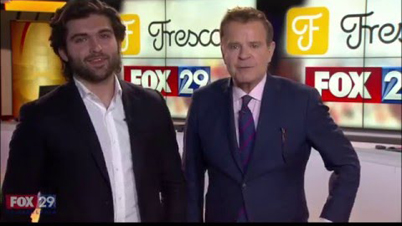 After a successful test at WTXF Philadelphia, Fox is rolling out the Fresco app in 10 other markets. With the app, stations will be able to quickly recruit citizen journalists to shoot  pictures at news scenes for them. The shooters not only get the pleasure of seeing their work on air, but also a payday — $50 for a video and $20 for a still. Above, Fresco founder-CEO John Meyer (l) with WTXF’s Mike Jerrick.

Panelist discussed a range of cutting-edge newsgathering technology, including file-based systems and archiving. An overarching theme was the transformative effect of IP newsgathering, primarily cellular bonded mobile backpack units, have had on TV news.

10 Tech Predictions For The Coming Year 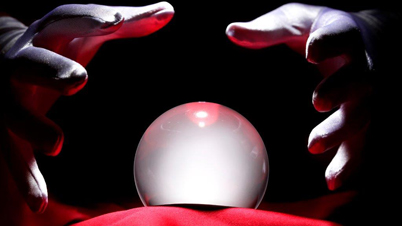 What issues are likely to keep engineers, managers and other tech types awake at night in 2016? TVNewsCheck’s Phil Kurz offers his predictions of next year’s trends that range from ATSC 3.0 to a serious rethink of how to define the business of television. 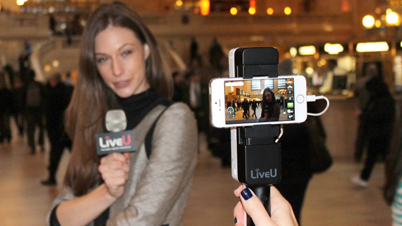 Newsgathering keeps getting faster and easier using non-traditional equipment. But now there’s a tsunami forming that, when it hits full force, will revolutionize video newsgathering with a device not even designed for news photographers and video journalists.

What Makes The Perfect ENG Camera?

Some station groups want a field camera to be able to switch from HD to 4K. Others put a high priority on IP connectivity, workflow integration or weight (low) and size (small). And some want a little bit of everything. 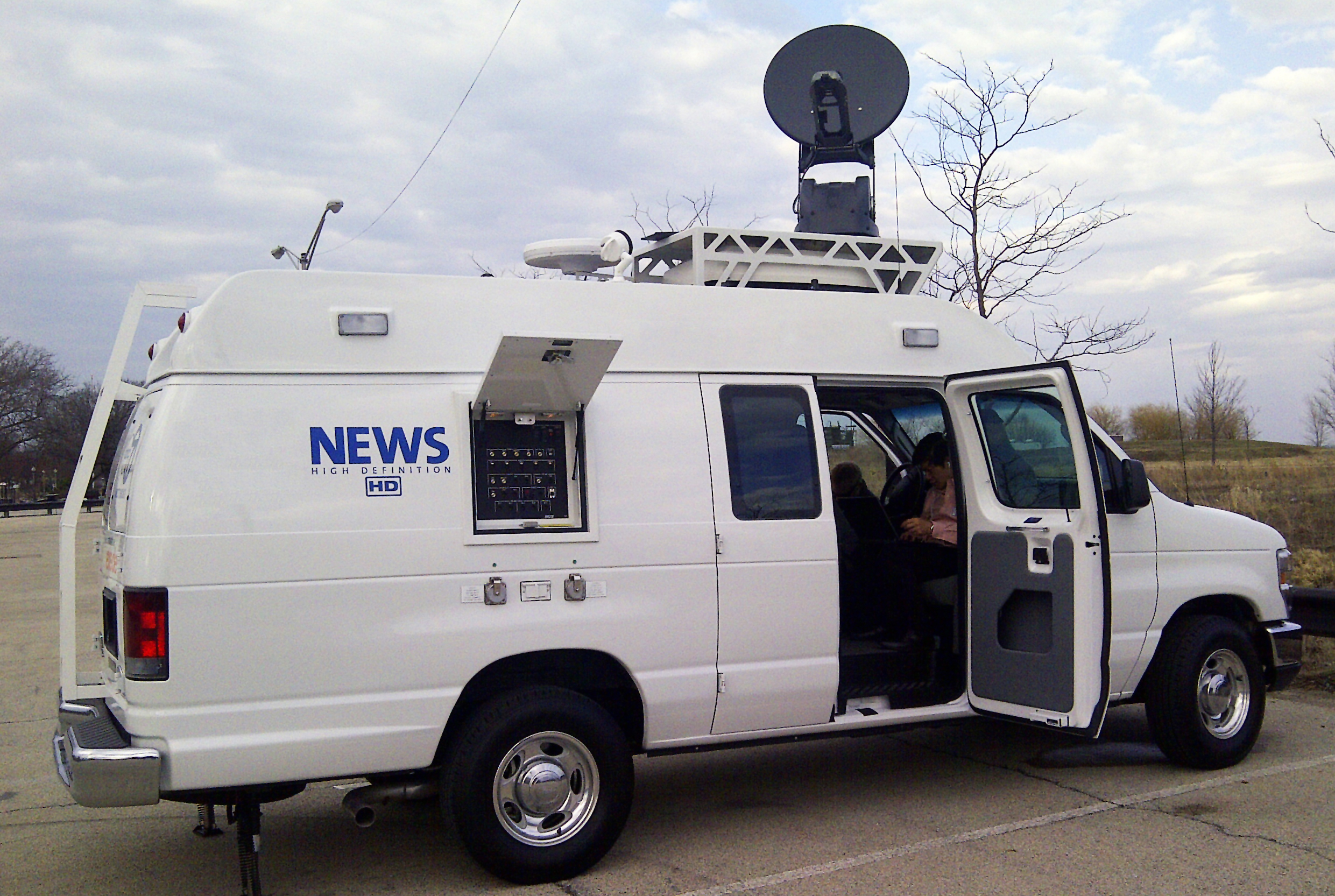 The ABC Owned TV Stations report early success with vehicles that rely on a combination of bonded-cellular and Ka-band satellite IP links. The group’s Jim Casabella says used together the technology puts IP on par with point-to-point microwave.

Raycom Doubles Down With JVC Cameras

The TV station group has purchased an additional 165 JVC ProHD camcorders and plans to adopt the new ProHD Broadcaster server for managing live HD field reports. The group began purchasing the cameras last year and now has more than 300. 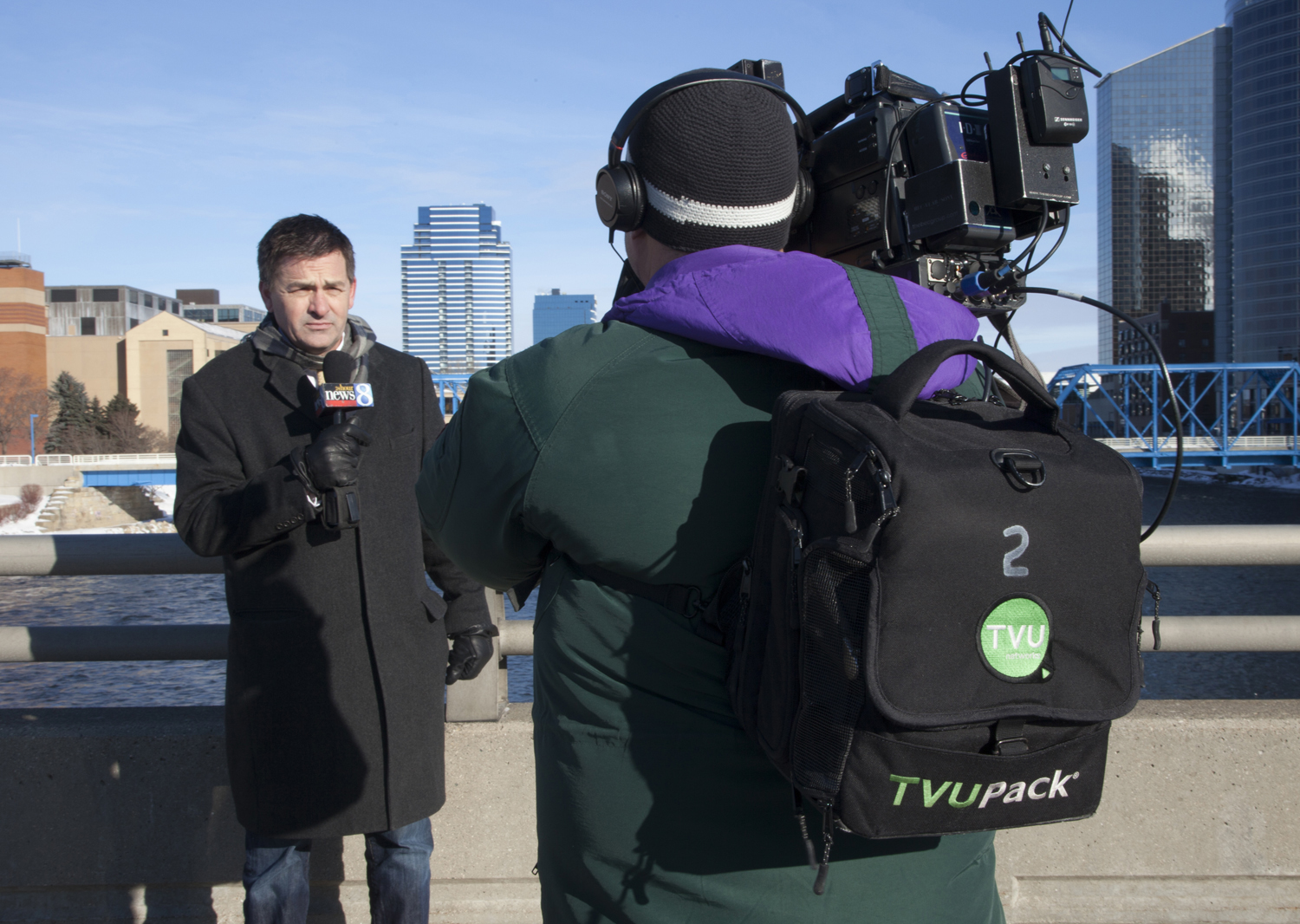 With bonded cellular now a widely accepted ENG tool, vendors will show new gear at NAB that is smaller and lighter and enables broadcasters to use other communications links like Ka-Band satellite to enhance the reliability and performance and reduce latency.

After hearing some success stories out of TV and Hollywood production studios in Los Angeles, news stations in the second largest TV market have added the wireless link to their ENG toolbox. 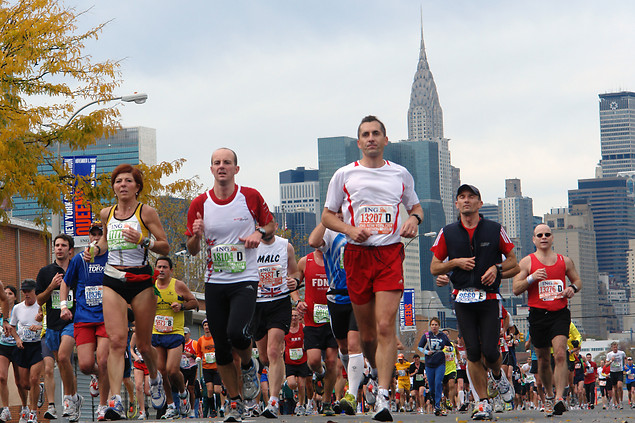 After Superstorm Sandy forced the cancellation of the ING New York City Marathon last year, broadcasters are gearing up for a TV production that they promise will be one to remember. Several technology enhancements are expected to help streamline the production, including two new motorcycles, two new lead trucks, three helicopters and a complete overhaul of the receive-site setup.

Broadcasters attending this year’s event in New York City (Nov. 13-14) can easily fill their two-day schedule with sessions about how to deliver video to mobile devices, how to get ready for ATSC 3.0 and how to improve HD images in a 4K world. 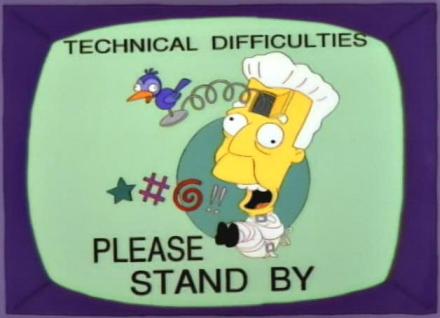 On this Halloween, we present a collection of true tales from across the U.S. that are guaranteed to make any TV station engineer gasp in fright — and perhaps in recognition of a similar situation. Read on … if you dare.

Raycom Media has deployed LiveU bonded cellular products across its entire group, including LU70 backpacks and the LU-Smart app for smartphones. 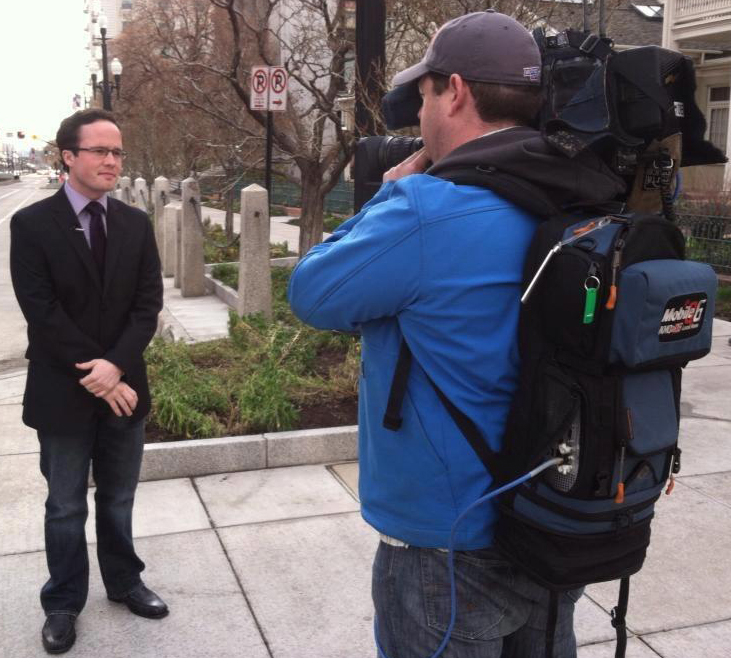 The latest ENG technology is allowing TV stations to go live straight from the heart of breaking news, spurring new opportunity and creativity. Plus, the gear’s inexpensive cost means stations don’t have to flip a coin to decide where to send a satellite truck. And while problems of latency and cellular availabliity exist, its advantages are making a huge difference in how live, local stories get covered.

LiveU, a maker of ENG tools for broadcasters, is preparing a lighter backpack solution heading into this year’s IBC Show that weighs about three pounds, half the weight of its existing model. Additionally, the company will announce LiveU Central, an IP-based routing, switching and distribution solution, that’s geared toward station groups.

TVU Networks’ IP-based video switching, routing and distribution solution is updated with a slew of features, including the ability to deliver a return video feed directly to a bonded cellular TVU Pack and to encode video streams to multiple formats.