Broadcasters, including CBS, E.W. Scripps, Hearst, Tegna and Graham Media, are bolstering their fact-checking operations as the 2020 election looms closer, partnering with outside groups like Politifact, FactCheck.org and First Draft to ensure their own trustworthiness with local viewers.

More and more, fact-checkers seem to be trying to bail out an ancient, rusty and sinking freighter with the energetic use of measuring cups and thimbles.

Verify Is An Idea Whose Time Has Come

The epidemic of misinformation helps Tegna check the box with new audiences. “Our audiences are consuming news and local news in a way that they never have before, where their lives literally depend on it,” says Ellen Crooke, Tegna’s VP of news. “They are desperate to find somebody without an agenda, without spin to take some of the things that are out there and help them be smarter about what’s true and what’s not true.”

Trump Moving To Crack Down On Social Media

The Trump administration is preparing an executive order intended to curtail the legal protections that shield social media companies from liability for what gets posted on their platforms, two senior administration officials said early Thursday. Such an order, which officials said was still being drafted and was subject to change, would make it easier for federal regulators to argue that companies like Facebook, Google, YouTube and Twitter are suppressing free speech when they move to suspend users or delete posts, among other examples. It’s almost certain to face a court challenge.

President Donald Trump on Tuesday accused Twitter of “interfering” in the 2020 election after it fact-checked two of his tweets pushing conspiracies about voting by mail.

The coronavirus has halted most of the globe, but there’s one movement it has fueled — media literacy. In India, the United States and Brazil, fact-checking and media literacy organizations are  training citizens to confront the new coronavirus “infodemic.”

Facebook Will Pay Reuters To FactCcheck Deepfakes And More

Has The Investment In Fact-Checking Worked?

As many parts of the journalism world shrank, fact-checking grew. According to the 2019 Duke University Reporters’ Lab census, 44 fact-checking organizations existed five years ago; there are 195 now.

With manipulated videos looming as the next big disinformation disruptor, The Washington Post is expanding its role in “accountability journalism,” launching a new platform for fact-checking manipulated video content. “The Fact Checker’s Guide to Manipulated Video” launches today with tools for and identifying and labeling various forms of online video manipulation.

A Duke University team expects to have a product available for election year that will allow television networks to offer real-time fact checks onscreen when a politician makes a questionable claim during a speech or debate.

The 10 Most-Read Fact-Checking Stories In ’17

This year, more than 20 new fact-checking projects launched around the world. Grants were awarded, partnerships took form and governments tried to fight fake news. And here at the International Fact-Checking Network, we’ve ramped up our coverage of fact-checking and misinformation in order to better inform journalists around the world. This year we published 132 stories ranging from new fact-checking outlets in countries like Zimbabwe, to White House officials’ use of the phrase “alternative facts.” 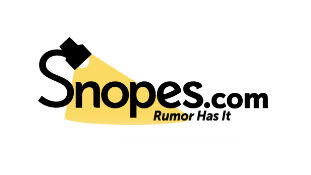 In one day, Snopes received more than $500,000 worth of donations from nearly 20,000 people on GoFundMe in order to keep its doors open. Snopes intends to use the money to cover its basic operating expenses, including staff salaries.

People who search for a topic in Google’s main search engine or the Google News section will see a conclusion such as “mostly true” or “false” next to stories that have been fact checked.

Facebook has started rolling out its third-party fact-checking tool in the fight against fake news, alerting users to “disputed content”. The site announced in December it would be partnering with independent fact-checkers to crack down on the spread of misinformation on its platform.

Moving Fact-Checking From Web To TV Is Tough 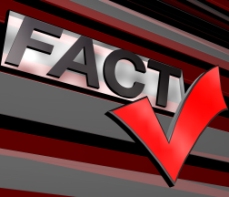 Local and national media, including ESPN, SI.com, CBS and USA Today, reported in recent months about one Lennay Kekua, a now-proven-to-be-fictional Stanford student whose untimely death in September inspired her boyfriend, University of Notre Dame linebacker Manti Te’o, to play in her honor as the team reached the NCAA football championship game. While keeping up the sports journalism tradition of creating heroes, journalists at dozens of news organizations, media critics say, fell short of their duty to check facts independently.