Fox News is set to announce Fox Nation, a stand-alone subscription service available without a cable package. The streaming service, expected to start by the end of the year, would focus primarily on right-leaning commentary, with original shows and cameos by popular personalities like Sean Hannity.

Fox News Most Watched For 16 ConsecutiveYears 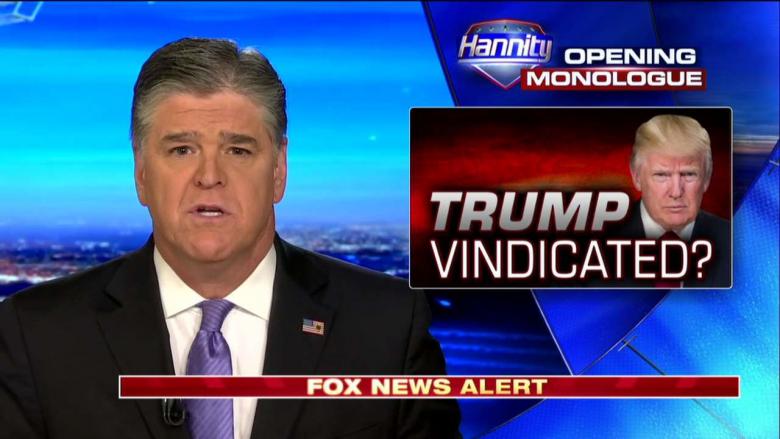 With Roger Ailes gone, the network’s chief de-facto programmer is the president. “He has the same embattled view as a typical Fox viewer.”

On the Friday before Christmas, Fox News confirmed that its chief Washington correspondent, James Rosen, had left the network after 18 years. The network cited no reason for Rosen’s exit and did not announce it on the air. According to Rosen’s former colleagues, however, he had an established pattern of flirting aggressively with many peers and had made sexual advances toward three female Fox News journalists, including two reporters and a producer.

Despite internal turmoil, including the departure of its most popular personality, Fox News Channel added audience this year.

The network’s primetime hosts, who gave Roy Moore the benefit of the doubt over sexual misconduct allegations, have been drawing viewers after a slump.

Fox News Channel will introduce a new live primetime lineup on Monday, Oct. 30, featuring the premieres of The Ingraham Angle (10 p.m. ET) and Fox News @ Night. Beginning at 7 p.m., The Story with Martha MacCallum kicks off FNC’s evening programming, followed by Tucker Carlson Tonight at 8 and Hannity at 9. At 10, The Ingraham Angle, hosted by Laura Ingraham, “will aim to […]

Fox has devoted more than 12½ hours of airtime to the Harvey Weinstein story since Oct. 5, when The New York Times broke the story about his misconduct, according to the liberal media watchdog Media Matters for America. By contrast, Fox has spent 20 minutes, 46 seconds, on the accusations against Bill O’Reilly since the Times revealed many of them in April, the group said. A news organization’s instinct to downplay a story that reflects poorly on itself isn’t unusual. But in this case, some are attributing the disparity to politics.

Bill O’Reilly and Roger Ailes haven’t worked for 21st Century Fox in months. Indeed, Ailes, who built and led the company’s financial engine, Fox News, passed away earlier this year. But their shadows continue to hover over some of the corporation’s most critical business efforts.

The network identified the veteran, John Garofalo, as a SEAL who had been awarded 22 commendations, including two Purple Hearts. It wasn’t true.

NEW YORK (AP) — Fox News says that the network’s legal counsel, who is named in lawsuits relating to the late former CEO Roger Ailes’ regime, is taking a “voluntary leave.” Fox offered no additional details Friday on the departure of Dianne Brandi, including whether she is being paid or if she will return. She […]

Fox News Channel has announced that President Donald Trump will sit down for an interview with Sean Hannity on the host’s evening show.

Bill O’Reilly, the longtime Fox News anchor, has been booked as a guest on Sean Hannity’s 9 p.m. program. Fox News confirmed late Monday the lineup of Hannity guests for the rest of the week.

LOS ANGELES (AP) — Fox News Channel is making space for entertainment on its schedule. The channel said Wednesday the series “Objectified” with host Harvey Levin will debut at 8 p.m. ET Sunday, Sept. 17. Each episode of “Objectified” will feature Levin interviewing a newsmaker or celebrity, with their valued objects helping to reveal what […]

Fox News is no longer available in the U.K. now that 21st Century Fox has decided to drop the feed of its U.S. news channel from the Sky satellite platform. Fox said in a statement the decision was made because the channel has very little viewership and is not a money-maker for Sky.

Eboni K. Williams, co-host of The Fox News Specialists, addressed President Trump on Monday in her “Eboni’s Docket” segment, which she writes herself, berating him for failing to specify white nationalist groups in his condemnation of the violence that occurred at Charlottesville, Va., over the weekend. She told Variety in an interview on Wednesday that her personal website, which usually receives an average of 10-15 emails after each segment, was inundated with over 150 emails, only three of which were anything other than “seething, scathing” takedowns.

Is Fox News a stalwart defender of the press freedoms it depends on? Well, that may depend on the year. It might even depend on who is the president.

The host is currently under investigation following reports of his texting an inappropriate photo to colleagues.

It has been more than two months since Fox News retracted its story about the death of Democratic National Committee staffer Seth Rich, and the network still claims to be investigating what happened, leaving its employees perplexed and wondering why there has been no explanation and no action taken to put the issue to rest.