Jim Kirk, the former publisher of the Chicago Sun-Times, will take over as editor in chief. He will replace Lewis D’Vorkin, whose tenure roiled the newsroom. 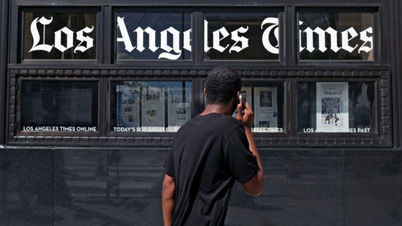 Several top editors at the Los Angeles Times were terminated Monday as the paper’s corporate parent moved to install new leadership. Davan Maharaj, the newspaper’s former editor in chief, has been replaced by Jim Kirk, the former top editor of the Chicago Sun-Times. Kirk left the Sun-Times last week to join Tronc, the owner of the Los Angeles Times, the Chicago Tribune and several other regional newspapers. Kirk’s title will be interim executive editor, and he will lead the search for a new editor in chief.