How KCPQ Seattle Changed To ‘The New Us’ World

With the deals involving stations in Seattle, Milwaukee, and Charlotte, N.C., Fox Television Stations expands its footprint to 29 stations across the country. Nexstar says it will use the approximately $240 million of net after-tax proceeds from the deals to reduce borrowings under its credit facilities.

Tribune Broadcasting’s Fox affiliate KCPQ Seattle (DMA 14) has promoted Matt Waggoner to assistant news director. Waggoner, who was previously the station’s senior executive producer of news and sports, will continue to report to Erica Hill, news director. Waggoner joined the station in 2012 and has served in various news leadership roles. Prior to his position as […]

Tribune Broadcasting’s Fox affiliate KCPQ Seattle (DMA 14) today said Nadia Crow will join the station as an anchor/reporter on July 6. Crow will anchor Saturday nights, report during the week and fill in anchoring on various newscasts.  Crow joins KCPQ from KTVX Salt Lake City where she anchored the weekday 4 p.m. newscast and reported. Prior to that, she […]

Tribune Broadcasting’s Fox affiliate KCPQ Seattle (DMA 14) today said it will debut a redesigned news studio on Monday, Feb. 29. The station said the studio, designed in conjunction with Broadcast Design International, “will be Q13’s window to the Northwest; bringing Northwest imagery right into the studio with a view that will change by daypart […]

In Digital Seattle, Mobile-First Is A Must 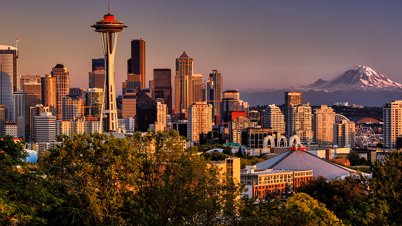 Seattle is one of the nation’s most digtal-savvy markets, and its news consumers have high expectations, especially on mobile. Diana Marszalek and Erica Sweeney take a comprehensive digital overview of the city’s major news players — including The Seattle Times, KING and KCPQ — along with how locals show a continued embrace of hyperlocal sites and alternative media.

Tribune-owned KCPQ (Fox) KZJO (MNT) Seattle (DMA 14) and CW affil KRCW Portland, Ore. (DMA 24) announced Thursday  that Travis Mayfield has been named director of digital strategy. In this newly created role, Mayfield will oversee the stations’ digital departments of all three stations. Mayfield, who was previously the stations’ director of audience engagement, will […]

On KCPQ, Vietnam Vets Open Up About The War

Tribune Broadcasting’s Fox affiliate KCPQ Seattle (DMA 14) has added Janet Kim to its Q13 Fox news team, effective March 23. She most recently was a reporter for KING Seattle covering Tacoma and Pierce County. Kim also was a reporter at WTVF Nashville and WKYT Lexington, Ky. She graduated with a triple major from the […]

KCPQ Knocked Off Air For About An Hour

Tribune remains owner of Seattle’s Fox affiliate after Tribune agrees “to pay additional programming fees to Fox for the primetime and sports content provided by the network.” The new extension of KCPQ’s affiliation runs through July 2018.

Tribune Broadcasting’s Fox affiliate KCPQ Seattle, Wash. (DMA 14), has hired Jamie Tompkins to co-anchor Q13 Fox News at 4 and 5 p.m. Fridays alongside anchor Matt Lorch. She will also serve as reporter throughout the week on the 4, 5, 9 and 10 p.m. newcasts. Tompkins most recently worked for KOMO Seattle where she […]

Fox is said to be set to yank Tribune Media’s Fox affiliation at KCPQ Seattle. Tribune won’t be left empty-handed, said one person familiar with conversations. Tribune would receive an MNT affiliation in Chicago in exchange. However, one person counselled that talks about the swap were continuing and that Tribune hadn’t completely signed off on the transaction. It’s not clear which Seattle station would end up with Fox.

Fox affiliate KCPQ Seattle (DMA 13) has named Brian van Kleef as executive producer of Q13 FOX News This Morning.  He will be responsible for overseeing five and a half hours of morning news.  Van Kleef joins the station from KING Seattle. He also was the morning executive producer at KPTV Portland, Ore., for six […]

With the upcoming departure of the latenight syndicated talk show, at least five Tribune Broadcasting stations will fill the 11 p.m. slot with local news, and more may follow. It’s also an opportunity to experiment with formats in the hopes of winning over younger viewers, says new Tribune news chief Katherine Green.

Tribune’s Fox affiliate will roll out the new broadcast on Aug. 17.

News Director Jon Brady is promoted to director of content and news programming and is succeeded by current Assistant News Director Erica Hill.

A special edition of Tribune-owned Fox affiliate KCPQ Seattle (DMA 12), Washington’s Most Wanted, “Operation Zero Tolerance,” that aired last Friday and Saturday led to the capture of Cindy Lou Kreutz, the weekend’s top fugitive. Kreutz was wanted on $400,000 in outstanding warrants for DUI and DWLS and was arrested late Sunday afternoon (July 21) […]

A new special from Tribune-owned Fox affiliate KCPQ Seattle (DMA 12), Washington’s Most Wanted’s “Operation Zero Tolerance,” will focus on the 100 deadliest days on Washington roads. According to the station, more people lose their lives in alcohol related crashes between Memorial Day and Labor Day than at any other time of the year. “Operation […]